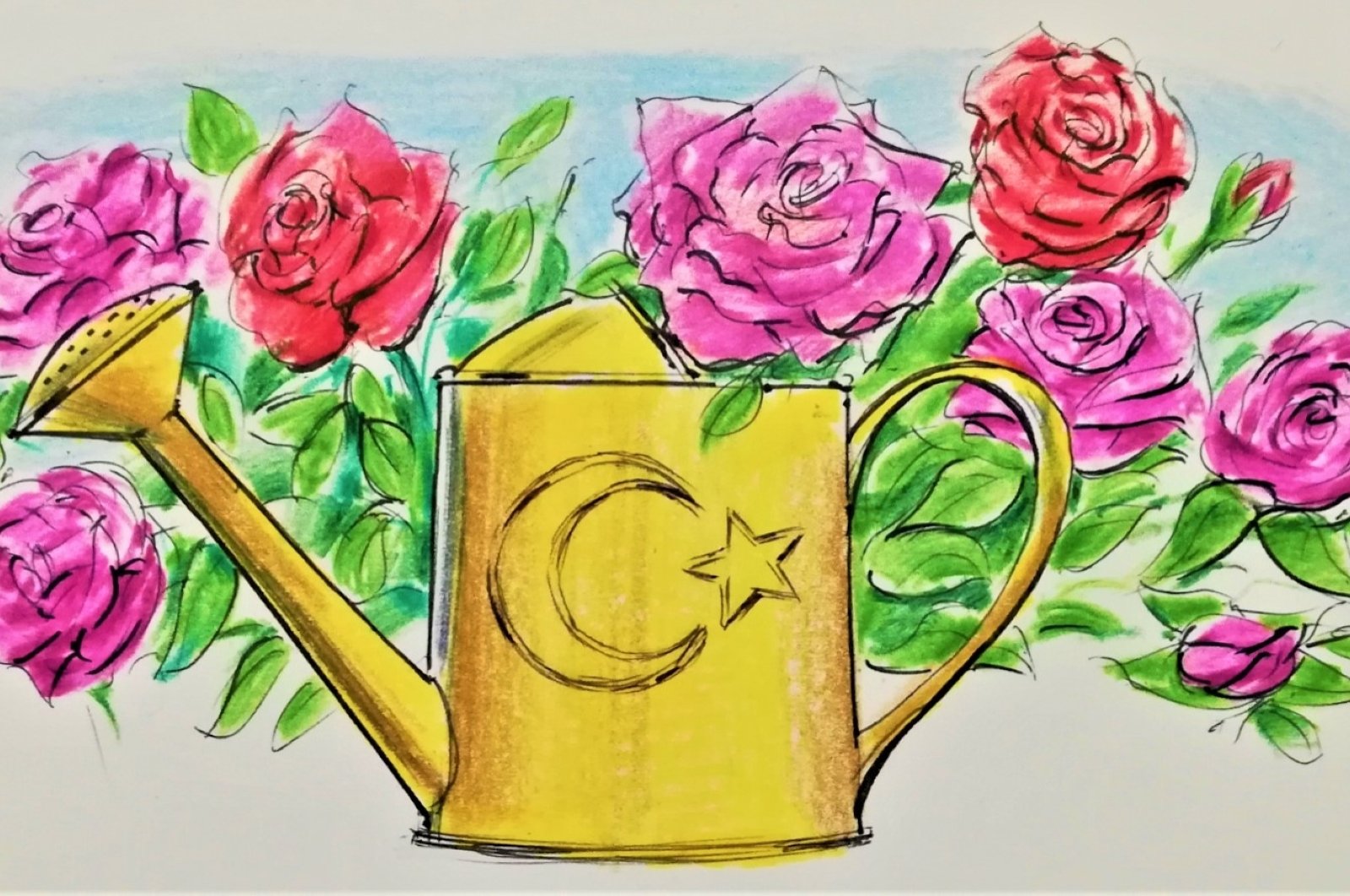 While the pandemic continues to ravage the world, 2020 comes to a bittersweet end as humanity’s hope is rekindled with the start of vaccination campaigns.

2020 has been an eventful year for Turkey as well. Ankara saw the fruition of its proactive policies across the region. The political process in Libya has been safeguarded by direct Turkish engagement and the sovereign rights of Turks and Turkish Cypriots alike have been upheld in the Eastern Mediterranean. Turkey, despite constant attacks and threats, has maintained its independent standing in the world.

Having solidified its hard-fought gains on the ground, Turkey now moves toward a more pragmatic, compromise-based foreign policy approach, moving to mend ties with many countries.

If President Recep Tayyip Erdoğan’s most recent remarks are any indication, Turkey is set to open a new chapter in its foreign relations. Bilateral disputes with countries in the region – such as Israel, Saudi Arabia and Egypt – could very well come to an end in 2021.

Already, there have been steps in this direction, as Ankara now seeks to revive old friendships and foster partnership instead of rivalry.

Of course, not everyone is happy with this. One only needs to look at Washington and listen to some of the policy circles there. For instance, the Atlantic Council released its annual forecast for 2021 and listed Turkey’s growing role in the world as one of the 10 geopolitical risks to look out for. The exact phrase used was “Neo-Ottoman Turkey goes more rouge,” which is past the point of being ludicrous.

Never mind the fact that the Atlantic Council was created with the sole purpose of providing a policy basis for the trans-Atlantic alliance – of which Turkey is an indispensable member – the forecast reveals some of the most common prejudices about Turkey.

Yet again Turkey is targeted and chastised for pursuing an independent foreign policy, with the Western public being fed lies about Turkey’s role in the world.

What does it take to become a Turkey expert in Washington today? Simply spurt out a few words such as “expansionist” or “neo-Ottoman” and voila, you’re done.

No need for analysis or any deep understanding of the country. If you can simply call out a few names, you can earn the title.

While the so-called Turkey experts will be disappointed, Turkey’s role this coming year will be much like before: undeterred and ready to proactively influence regional change at a tumultuous time.

Much to the contrary with the assessment from the Atlantic Council, Turkey is largely to be commended for its stabilizing role in its broader neighborhood.

Western pundits often forget that the trans-Atlantic community’s interests are represented in Turkey. While the U.S. is missing from negotiations in Syria or Libya, Turkey is taking charge.

Turkey serves to countermand and balance Russian and Iranian aggression in the Middle East, in lieu of failed Western intervention. Turkey is an asset to the trans-Atlantic alliance. I only hope that Westerners grasp this fact before it is too late.

Erdoğan has announced an agenda of domestic reform in the country. This is set to include key areas of judiciary and economic governance. While this agenda is domestic, it is likely to affect foreign affairs as well.

Diverging slightly from the security dominated thinking of previous years, Turkey now seeks to spearhead a process of bilateral normalizations and resets with regional powers.

The timing for this is apt as Turkey has now successfully addressed major national security concerns and is ready for a more nuanced engagement.

With the peace of mind that Turkey enjoys, Ankara is set to reach out to certain countries on the basis of fostering mutual regional understandings. The likely candidates in the region are Egypt, Saudi Arabia and Israel.

A good amount of progress has already been achieved with the Saudis, as both countries brace for the incoming U.S. administration and weigh the possibility of once again opening a chapter of cooperation in bilateral relations.

Israel and Egypt will be more difficult cases, as the list of disagreements are long, and some are fundamental in nature. Yet the discovery of natural resources in the Mediterranean basin and prospects for economic cooperation are promising for all sides.

The relations between Turkey and Israel are a point to watch for in this regard. Recently, Erdoğan stood out by stating that Turkey would like to improve its existing relationship with Israel, signifying a political will to reignite the relationship.

In this context, Turkey and Israel are unlikely to become strategic partners or foster any close military cooperation. Instead, the paradigm of the relationship would likely be one of mutual benefit, where economic cooperation and an understanding of regional disputes serve the interests of both countries.

Turkey’s championship of the Palestinian cause and desire to see a prospering Palestinian state will not change under any new understanding with the Israelis.

However, if Turkey and Israel are able to set aside their differences, Palestinians would be poised to benefit as well. Turkey could act as an interlocutor between Israelis and Palestinians to bring some much-needed resolution to the issue.

The pandemic has laid bare the weaknesses of the international liberal order. Almost a year into the crisis a solid multilateral response is still missing.

This proves Turkey’s argument that the current state of the international system is unsustainable, epitomized in Erdoğan’s popular slogan “the world is bigger than five.”

In this sense, the post-pandemic world will witness great restructurings, and Turkey is best poised to take charge in this setting.

While the international community withers away, we should expect the continuation of Turkey’s proactive role in the region, where Ankara continues to meaningfully influence change.

In Libya and Syria, 2021 will likely see some of the ambiguities lifted, with the future political settings of these countries to be determined this coming year. Turkey will be part of these processes, often taking a leading role in the absence of a strong will from multilateral platforms.

All of this is set to happen as U.S. President-elect Joe Biden is seeking to bring the U.S. back into the picture, attempting once again to redraw the international liberal order under American leadership.

This will be a difficult process for Washington, and Biden’s wishes will likely not be fulfilled. The post-American reality of international politics has become all too real. In this post-pandemic, post-American world, regional powers like Turkey have a chance to prove their worth.