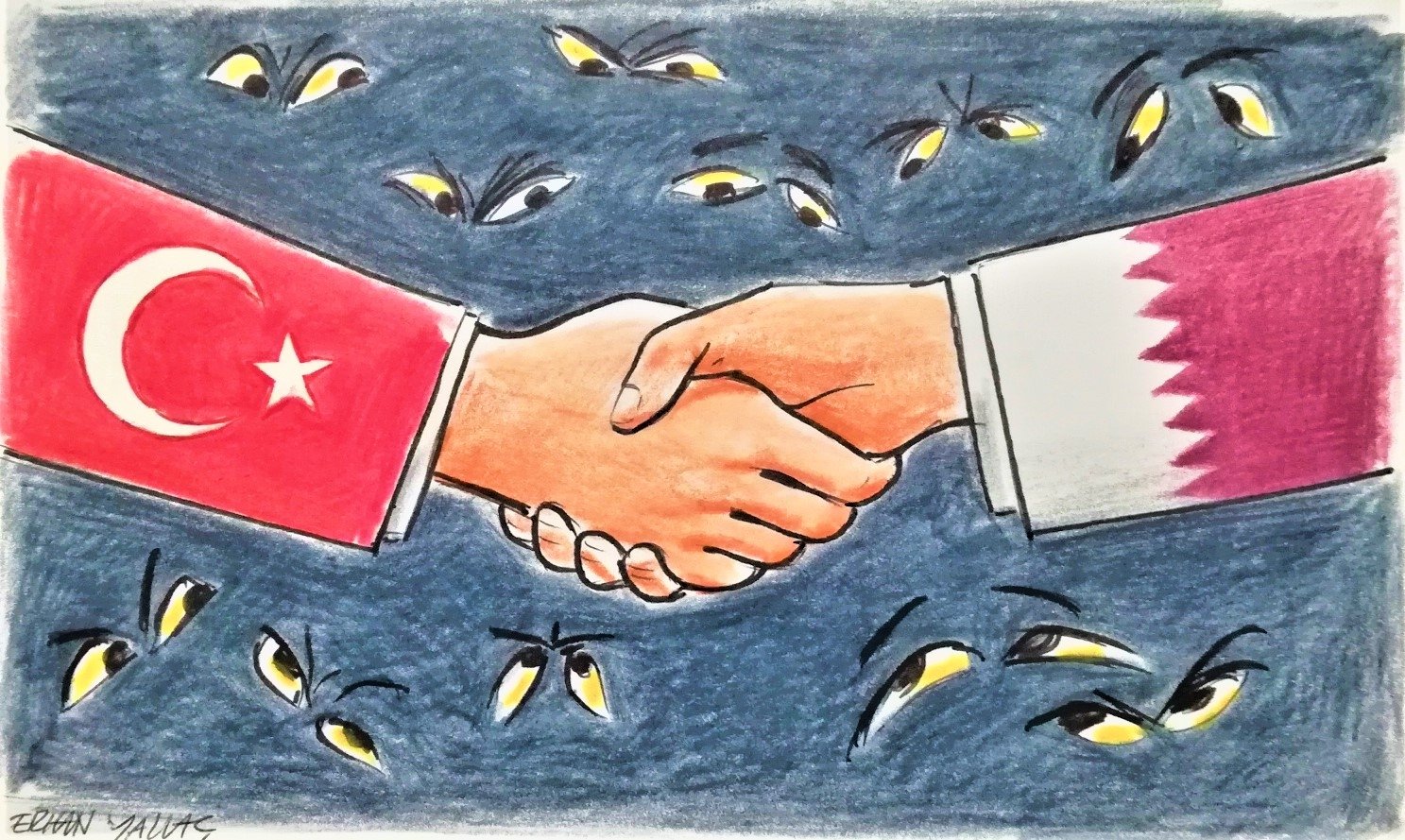 Those following Turkish politics in recent weeks will have noticed that the main opposition Republican People’s Party (CHP) has been increasingly critical of Turkey’s growing relationship with Qatar. Of course, the politicization of foreign policy in domestic political settings has become inevitable in most countries, as it has in Turkey, yet in the last few weeks, the rhetoric has taken a turn for the worse.

CHP Chairman Kemal Kılıçdaroğlu commenting on the transfer of a 10% stake in Istanbul’s stock exchange, Borsa Istanbul (BIST), to Qatar’s sovereign wealth fund, called out the acquisition as “Turkey is being sold to Qatar.” The line was quickly picked up by his party loyalists and CHP-linked media outlets who have been running commentaries on the issue.

Kılıçdaroğlu’s most recent outburst on the issue has centered around a tank factory owned by the Turkish Armed Forces (TSK). He claimed that the factory was sold to the Qatari Armed Forces, with an MP from his party going as far to say that “Turkey’s army was being sold to Qatar.” The MP’s comments have since stirred great controversy and have thoroughly been refuted by the highest echelons of the Turkish government, with President Recep Tayyip Erdoğan himself addressing the allegations.

Contrary to opposition claims the factory in question was never sold, rather its operating rights were transferred to a Turkish national who simply happens to have Qatari partners. Despite the exposition of the falseness of these claims, the CHP has persisted with alleging them.

Obviously, such arguments are pure nonsense. In fact, they sound like Fox News commentators who often argue that the U.S. is being sold to China. While Qatar’s investments into Turkey’s economy highlight the close bonds between the two nations and Doha’s trust in Turkish financial prospects, the opposition has chosen to frame this as some sort of a hostile takeover.

Qatar also happens to own a substantial stake in the London Stock Exchange as well as countless other investments in Western capitals. In today’s globalized economy such transactions are normal and should be encouraged. To display them as anything else is falling short of reason.

I can only think that these ludicrous comments stem from pure ignorance and the need to cover for certain political deficiencies that have emerged in the CHP. Otherwise, why would the country’s largest opposition party spend so much effort in trying to uphold a made-up narrative that rests on baseless claims?

While politics will always be politics, such comments have implications for Turkey and beyond. When politicians speak with domestic political considerations, they often forget that their audience is international. Kılıçdaroğlu’s comments, therefore, are regrettable and are emblematic of the party’s wider problematic rhetoric.

Such comments constitute fake news in the purest sense of the term. They create an unnecessary media frenzy based on fake news that is disseminated in countless outlets and leaves a false impression on the Turkish public. Secondly, and more significant for Turkey’s foreign policy, the comments are weaponized and manipulated by Turkey’s rivals.

The CHP needs to adopt a more reasonable narrative when criticizing the government’s foreign policy, if not for the country, then for itself, as such comments undermine the party’s credibility.

Emirati media had a heyday as the CHP continued to press the “Turkey is being sold Qatar” narrative. Outlets such as SkyNews Arabia – a propaganda arm of the United Arab Emirates (UAE) – has since been running falsified news on Qatari investments in Turkey and contributing to the spread of disinformation. Kılıçdaroğlu is no stranger to Emirati linked media outlets, as they frequently use his comments when running stories on Turkey.

While it’s a rare occasion for international outlets to pick up on comments made by opposition leaders in Turkey, media outlets operated by Turkey’s regional rivals are often quick to quote Kılıçdaroğlu, especially when he has something to say about foreign affairs.

This goes to show how a simple comment by an opposition figure can be weaponized in today’s media setting. Kılıçdaroğlu’s comments do not simply play into the Emirati narratives on Turkey but also harm Qatar. They are used to spread propaganda about Turkish-Qatari relations in Arabic-speaking contexts and are used to justify claims made by these countries about Turkey.

While listening to a speech by the CHP chairperson or reading a handout from the UAE’s ministry of foreign affairs, one would likely hear the same narrative.

There is a fine line between criticizing the government's handling of foreign relations and playing into the hands of Turkey’s adversaries.

Unfortunately, the CHP has a stained record in this regard, with one of their MPs who is responsible for foreign relations recently stressing that under a future CHP administration the S-400 system would be shelved for the sake of better Turkish-American ties.

The CHP’s comments on Qatar are obviously geared toward stirring up populist backlash against the government’s foreign policy agenda. Kılıçdaroğlu hopes to score cheap political points by invoking prejudice against foreign ownership of Turkish enterprises.

His motivations are almost as ill as the tactics employed by his party, which mirror those of the far-right in the West. In fact, if it weren't the CHP making such comments, you’d think they came from some anti-system political party with a fringe agenda.

The phenomenon of fake news has become part of Turkish politics. The easiest way for the opposition to attack the government is by holding on to some absurd claim and crafting it into an entire weeklong political dialogue. In the absence of discussions on policy, all that remains are endless lies, fabricated facts and cheap talking points.

It’s sad that Qatar, one of Turkey’s closest allies, must be the subject of such rhetoric from Turkey’s main opposition party. Relations with Qatar have become one of Turkey’s most important bilateral partnerships and should be regarded with caution when made into the subject of political discussions. CHP officials should look at who enjoyed their fake news on Qatar the most and should then draw their own conclusions.