Unwavering humanitarianism: Turkey’s COVID-19 aid to Somalia and beyond 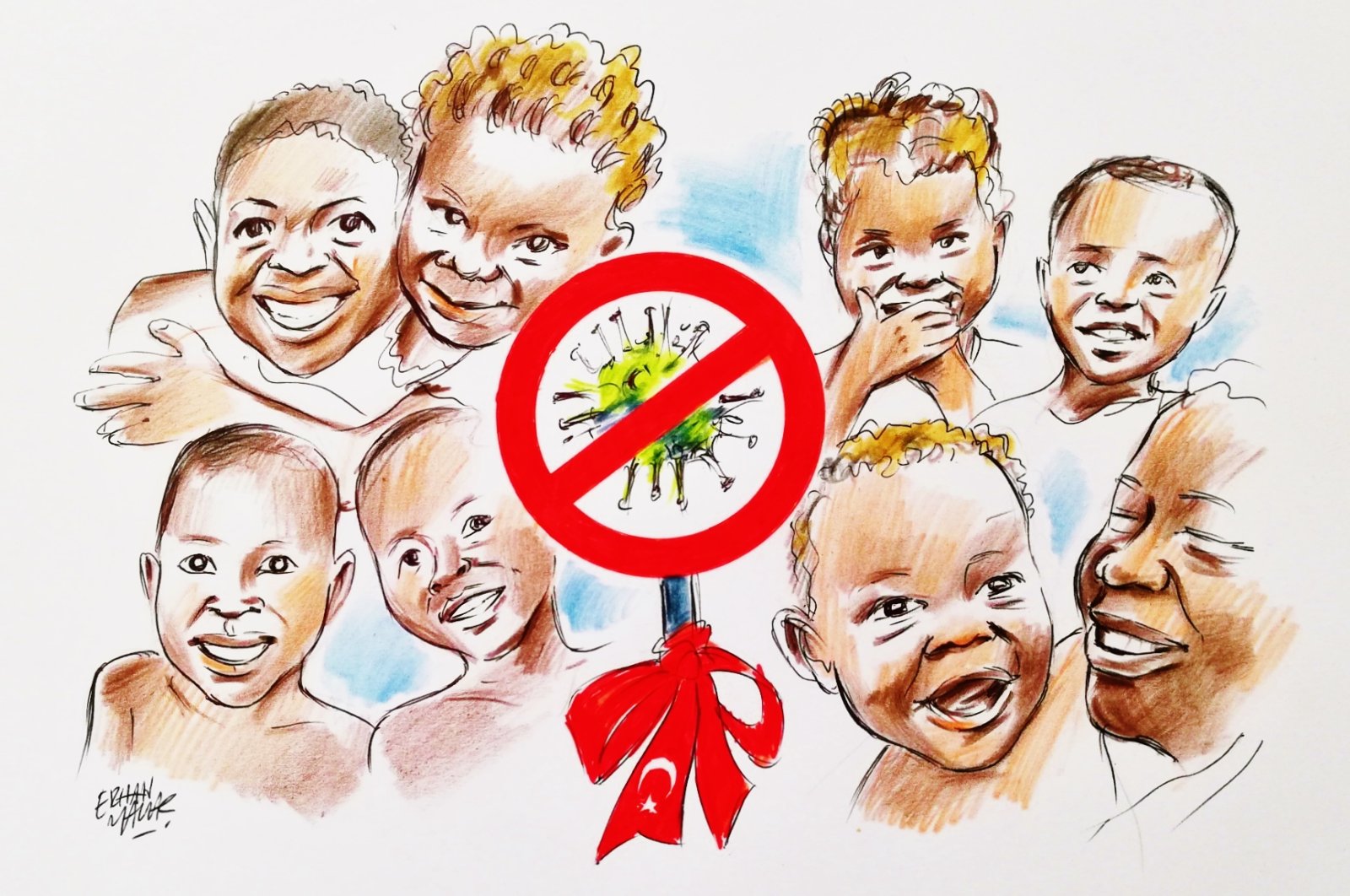 Turkey sent 5,000 locally manufactured intensive care ventilators to Somalia on May 2 in an effort to assist the country’s frail and overburdened health infrastructure in tackling COVID-19. The ventilators were developed and manufactured while the pandemic was wreaking havoc around the world by a consortium of Turkish firms including Biyosys, ASELSAN, Baykar and Arçelik, underlining Turkey’s industrial capacity and capabilities in addressing COVID-19. This venture, in itself, marked a huge achievement on Turkey’s part during the pandemic.

The ventilators, along with diagnostic kits, overalls and masks, will be pivotal for Somalia in addressing the spread and treatment of the coronavirus. A 25-year civil war coupled with terrorism have undermined and stunted the development of Somalia’s health and education sectors. Mogadishu’s Recep Tayyip Erdoğan Hospital, also known as the Digfer Hospital, alongside small privately owned hospitals and clinics, serve close to 3 million residents in the capital city. This pandemic will prove challenging for Somalia, and the country needs humanitarian assistance for its health sector.

Turkey’s humanitarian policies and its health infrastructure have proven their stability and competence in the face of the pandemic. Turkey's health minister, Fahrettin Koca, announced that over 1 million tests had been carried out and the number of recoveries doubled as of May 3. Nevertheless, Turkey has faced a barrage of smear campaigns in international media about its handling of the crisis. However, Turkey expanded its humanitarian assistance in these dire times to Somalia, the Balkans and 55 other countries, including Britain, Italy, Spain and the U.S.

Since the 2011 famine and Turkey’s immediate and effective humanitarian intervention, the two nations have developed strong ties that transcend humanitarianism and geopolitics. Indeed, the relationship between Turks and Somalis in East Africa dates back centuries to the Ottomans and the era of Ahmed Gürey. Ottomans helped Somalis in repelling Portuguese naval invasions and colonialism in the 16th century. Moreover, Turkey has proven itself with its unwavering humanitarian actions and social capacity-building efforts in Somalia and all over Africa, doubling the number of its embassies in Africa in the last decade.

Besides, Turkey is playing a crucial role in Somalia’s state-building efforts and in ameliorating its security and military sectors. Despite numerous terrorist attacks targeting Turkish civilians in Somalia, Turkey has remained a consistent and reliable partner in Somalia’s redevelopment.

Turkey’s health aid to Somalia during this pandemic crisis is timely and much needed. Somalia lacked critical equipment in treating those infected with the virus. As of May 3, the COVID-19 case count in Somalia stood at 710 infected and 31 deaths. However, due to the dearth of testing kits, the number of deaths is believed to be higher.
The mayor of the country's capital Mogadishu, Omar Mohamud Mohamed, also known as Omar Mohamud Finnish, confirmed that there have been many unconfirmed COVID-19 deaths. Experts have already predicted that COVID-19 will spread in Africa like nowhere else in the world and that the current figures are a major understatement. This would be a catastrophe for a continent with poor health infrastructure and capacity in dealing with this pandemic.

Ever since the COVID-19 outbreak morphed from an epidemic into a pandemic, Turkey had increased its humanitarian assistance to many countries. Historically during pandemics, people, politics and markets do not fare well, as fears, anxieties and uncertainties translate into utter confusion among the public and governments. These were followed by lockdowns and occasional curfews. Geopolitically, many countries embraced isolationism in their policies, curtailing their exports of critical medicine and equipment. Italy, one of the hardest-hit nations, lambasted its neighboring countries and accused the European Union of abandoning it in a time of crisis.

On April 1, Turkey delivered medical aid to Italy and Spain, two countries whose health systems were overwhelmed by the pandemic. Furthermore, Turkey partially authorized the transfer of ventilators to Spain amid rumors that the equipment was confiscated. Moreover, Turkey hastened humanitarian aid dispatches across the Balkan region. Again, on April 12, Turkey sent medical aid to Israel and Palestine.

While isolationist policies, ‘‘our country first’’ narratives and media choruses have indeed increased during this pandemic, it is time for global solidarity and humanity, and transcending parochial isolationism and right-wing populist-laden pandemic-induced nationalism. COVID-19 is a global pandemic and only a well-coordinated global effort, coupled with humanitarian assistance to economically weaker countries, will mitigate its casualties.

This pandemic has surely tested the global political order and the entrenched neoliberal capitalist market systems – and they utterly failed. The U.S.' decision to defund the World Health Organization (WHO) and a looming imminent economic crisis reflect a global order shattered by the pandemic. Social scientists are already envisioning the emergence of a new global order in the post-pandemic era. Political scientist Talha Köse observed how the global order that emerged after the 9/11 attacks ‘‘failed to maintain cooperation, solidarity, consultations and joint action’’ and that we are doomed to repeat this history in the post-pandemic world unless drastic changes are implemented.

If we have learned anything from this pandemic, it is that global cooperation and solidarity are vital. The world is an inherently interconnected network of economic markets, geopolitics and societies. Pandemics do not recognize or discriminate between national borders, ethnic groups or religious and political affiliations. In our post-pandemic visions of global order, humanity, solidarity, humanitarian assistance and cooperation should be central to our modus operandi and the impetus for a "new world."