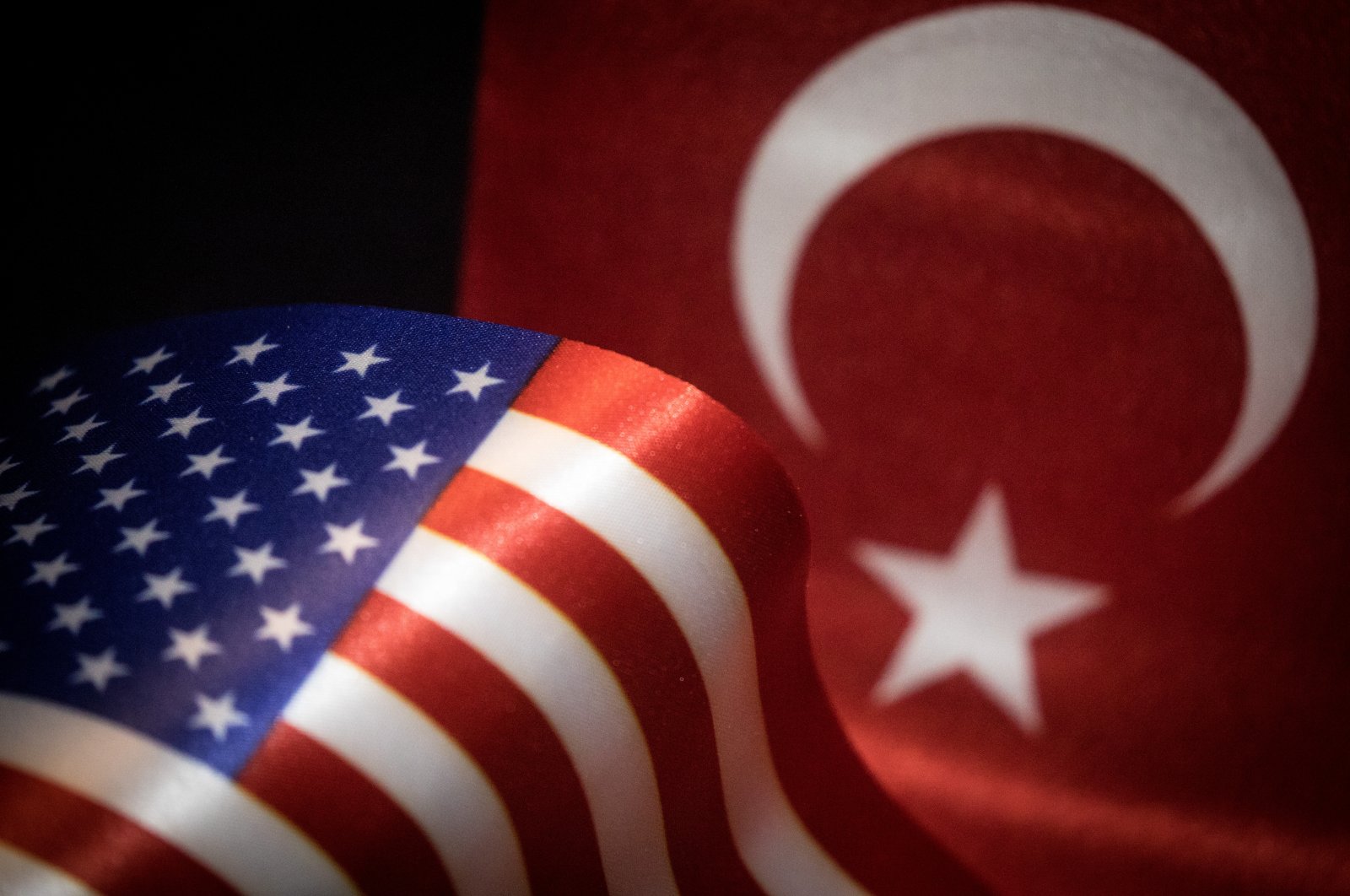 Turkey is a mid-sized power and is adopting the "resilient middle power grand strategy" that will serve its national interests in the years to come.

If Turkish authorities continue investing in the country’s hard power capabilities from a realist perspective while simultaneously working toward the strengthening of liberal Kantian principles in global politics, the country's ability to withstand tumultuous developments of our age, in particular geopolitical polarization across the globe, will increase further.

The Biden administration appears to provide Turkey with opportunities to help realize this strategy. First, unlike former U.S. President Donald Trump, President Joe Biden is a strong believer in liberal internationalism and a rules-based global order.

Contributing to the resilience of liberal democracy across the globe will likely bring further stability to global politics. It will help weaken the allure of illiberal authoritarian practices.

Biden and his team seem to repudiate the Hobbesian idea of dividing the world into spheres of influence. Restoring liberal democracy at home, particularly in the aftermath of the notorious raids on the U.S. Capitol, will not only refurbish the U.S. soft power but also encourage many middle powers in their efforts to help transform international politics in the image of Kantian norms.

Reuniting U.S. society around the common values of constitutionalism, separation of powers, multiculturalism and human rights will encourage outsiders who cherish similar values.

From Turkey’s perspective, Biden's efforts to help rejuvenate the liberal international order by improving ties with liberal democratic allies across Europe and Asia should be seen as an asset, provided that such efforts do not aim at forging anti-Chinese/Russian alliances on ideological grounds.

Many middle powers are the U.S.' traditional allies, yet they do not want to choose between rival power blocks. These allies' foreign policies across Europe and Asia attest to this. It would be good if international relations were to be rebuilt on the basis of liberal values and practices. Yet, attempts at strengthening liberal internationalism should not result in further polarization of global politics.

Rather than defining liberal internationalism as a strategy in which transforming others into the image of liberal democratic values is seen as legitimate, Turkey’s understanding of liberal internationalism comes closer to the idea of democratization of the globalization process. This is a process in which countries of different internal value sets and political characteristics can live side by side and cooperate with each other within the framework of a rules-based multilateral setting to achieve common interests.

Respecting the territorial integrity of states and not interfering in their internal affairs are seen as the most sacred liberal values in Turkish eyes. The closer Biden comes to such an understanding, the more likely Ankara and Washington will be able to develop cooperative relations in the years to come.

It is good that, unlike Trump, Biden seems to believe that improving ties with traditional allies should go hand in hand with seeking opportunities to develop cooperation with potential rivals on issues of common concern, such as defeating global pandemics, preventing the proliferation of nuclear weapons, ensuring sustainable development and coping with environmental challenges.

This suggests that Biden will try to do his best to secure cooperation with illiberal countries like China, Russia and Iran while simultaneously investing in the liberal democratic camp as an insurance policy.

If Biden prioritizes restoring liberal democracy at home and abroad over pursuing an ideological foreign policy, this will increase the maneuvering capability of many middle powers and suit Turkey’s national interests as well.

The new U.S. administration values trans-Atlantic relations and supports strengthening NATO and the European Union as key pillars of the liberal world order.

From Ankara’s perspective, a powerful EU acting as a third pillar in global politics might bolster Turkey’s ability to implement the resilient middle power strategy. The values and norms on which the EU integration process has been built are in line with liberal democracy.

Besides, similar to many middle powers and Turkey, the EU, as a distinctive institutional actor, does not want to find itself in the middle of a Cold War-like confrontation between the U.S. and China.

If European values and policy choices, ranging from digitalization and green technologies to development and health, were to be adopted across the globe, the ability of middle powers like Turkey to help domesticate global politics would likely increase.

Another advantage that Biden might offer Turkey in its quest to become a resilient middle power is that the new president is strongly opposed to geopolitical polarization across the Middle East and criticizes Trump’s blank-check support for the destabilizing foreign policy practices of Israel, Saudi Arabia and their allies in the Gulf region.

Similar to Barack Obama's presidency, Biden believes that long-term regional stability will emanate from the solution of the perennial Israeli-Palestinian dispute in a two-state framework and the incorporation of Iran into the international system as a legitimate player.

A regional peace built on sustainable balance-of-power practices devoid of ideological confrontations will be more likely to survive than all other options.

In line with Obama’s foreign policy understanding, Biden also seems to believe that outsourcing responsibility to allies and partners across the globe would be something inevitable given the U.S.' limited power resources as well as the urgent need to cope with the mounting challenges at home, such as defeating the pandemic, resuscitating the economy and ending societal polarization of various kinds.

One of the most important hurdles on Turkey's way to becoming a resilient middle power might emanate from the adoption of an ideological foreign policy approach on the part of Biden.

If the U.S. convenes an international summit of liberal democratic countries and does not invite Turkey to take part in this gathering, this might cause further tension in bilateral relations.

Encouraging Turkey to complete its liberal democratic transformation at home by employing rewarding strategies will likely produce more satisfactory outcomes than putting Turkey in the crosshairs for its human rights record or sanctioning the Turkish government for its decision to buy S-400 surface-to-air missiles from Russia.

It is already known that both Turkey and the U.S. have been looking for opportunities to improve their relations. Trump’s legacy in Turkish-U.S. relations is not promising.

The strengthening of the leader to leader relationship during the Trump era has eaten away at the institutional mechanisms in bilateral relations.

Biden’s strong focus on multilateralism and institutionalization bodes well for the future. Yet, for this to produce positive outcomes in bilateral relations, the U.S. should respect Turkey’s quest for strategic autonomy as well as encourage the authorities across Europe to adopt a more constructive attitude toward Turkey’s bid for EU membership.

If the trans-Atlantic community were to be rebuilt on the premises of equality and fair burden-sharing, and if Turkey’s institutional bonds to the West were seen as vital in weakening illiberal authoritarian forces across the globe, Washington and Ankara could build a more solid and sustainable relationship in the years to come.