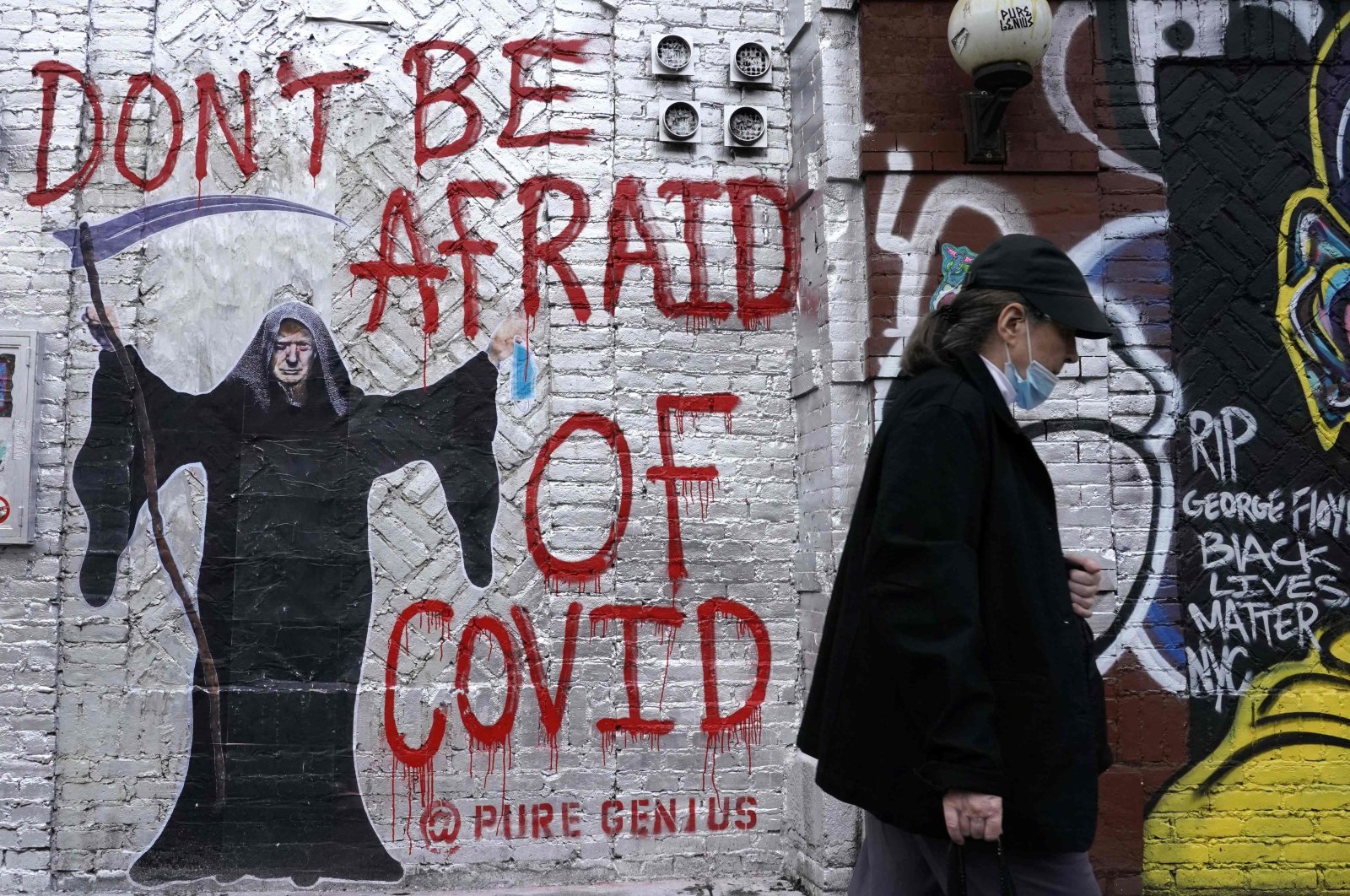 COVID-19 could not have struck America at a worse time. For 10 months now, Americans have been living mostly indoors and if they venture outdoors are advised to wear masks and maintain social distancing, though not everyone follows this protocol.

Besides the pandemic disruptions, there have been outbreaks of street violence and destruction caused by criminal elements who insert themselves into crowds of demonstrators protesting against racial violence. In a racially charged atmosphere coupled with the pandemic’s all-pervasive presence, the nation faces a frighteningly uncertain election on Nov. 3. Indeed, every law-abiding American awaits in fear to see if law and order will further deteriorate if there is no clear-cut verdict in the presidential election.

Valid warnings disbelieved by others have been churned out by editors, pundits and politicians for months ahead of the election – the warning being that the nation could plunge into a state of anarchy and chaos if there is no absolute clarity about the election result. This fear stems from hints dropped by incumbent President Donald Trump that he will challenge an outcome that is not clear or undisputed.

Indeed, some opinion polls taken by public research institutions suggest that Americans are deeply worried about anarchy and total chaos ensuing following an election stalemate. The ongoing wave of social unrest accompanied by senseless violence and arson on the streets of a number of cities across the country has shaken many Americans who fear their "new normal" could consist of anarchy, chaos and restrictive living conditions due to COVID-19.

A recent poll called the “Back-to-Normal Barometer” survey, jointly conducted by Engagious, the Sports and Leisure Research Group and ROKK Solutions, suggests that for the first time 37% of Americans feel that it is “very likely the results of the election will plunge our country into violent anarchy and chaos.”

Another 61% agree with the concern that the U.S. could be on the verge of another civil war. Some 58% of consumers have already stockpiled or intend to stockpile food or essential goods in anticipation of either a resurgence of COVID-19 or social unrest related to racial tensions of the elections.

However, according to the survey, the heightened concern over civil war is highest among the political extremes with 72% identifying as very liberal, 75% very conservative, 58% somewhat liberal, 50% moderate and 48% somewhat conservative believing this would likely occur.

Nine months back when COVID-19 first erupted in the country and the government imposed lockdown measures, consumers began stockpiling a large array of everyday items as a precautionary measure in the event of shortages. These items included masks and personal protective products, fresh and canned vegetables and fruit, meat, water, toilet paper, hand sanitizer and soaps.

Once touted as the “land of plenty where milk and honey flowed in abundance,” America today is experiencing a period of anxiety and uncertainty. This was blatantly clear the early weeks of the COVID-19 outbreak in March triggered ordinary Americans to panic and rush to supermarkets to buy whatever they could lay their hands on. Supermarket shelves, usually overflowing with products, were now half-empty or barren – a situation the average pampered U.S consumer was not prepared for.

“When COVID-19 erupted in the U.S., there was an acute shortage of many products ... we noticed scarcity of hand sanitizers, masks, gloves but also toilet paper, medical disinfectants and other basic consumer items such as onions, garlic, ginger, potatoes, etc. These products were sold at premium prices, if at all available. However, these products are available now in abundance. But if panic buying sets in again, caused by fear of instability and anarchy linked with the election or if there is a second COVID-19 wave, the situation could change,” said Keith Miller who worked as a “mystery shopper” in New York and reported the price movement and availability of important basic needs in supermarkets and stores.

Many experts have been reassuring shoppers that they are unlikely to see the kind of shortages experienced in March and April when states enacted stay-at-home orders and grocery shelves were emptied of essentials like toilet paper and flour. Most grocery chains are stocking up supplies ahead of the winter months to ensure they can meet demand as COVID-19 cases increase or instability follows the election.

Nevertheless, many Americans say they would be reluctant to venture out to shop in the midst of violence and vandalism unleashed by an unclear election result. Images of the violent backlash in many parts of the country following the killing of George Floyd, an African American, by a white policeman in Minneapolis in May this year have shaken many American viewers.

Many Americans are unwilling or unable to leave the confines of their homes and suffer from "COVID-19 fatigue" even though online shopping is an option. The prospect of getting caught in a fight or being physically assaulted by someone armed with a weapon is a nightmare for many Americans.

The incidents of violence are becoming increasingly dark. In early October the FBI arrested 13 men just in time, planning to violently overthrow the elected state government of Michigan and kidnap Gov. Gretchen Whitmer to “try” her for undisclosed crimes at a secretly kept place in Wisconsin.

The U.S. media reports on a daily basis acts of deadly violence taking place across the country as well as cases of arson and vandalism.

America’s greatness lies in its ability to provide stability anchored by its political, economic and socio-cultural system. The country's politicians and decision-makers need to find a means of undoing the polarization and racial divides creating problems and leading to violence in the country, which the perpetrators see as a convenient way to settle differences.

America must stop the bloodshed on its streets if its citizens' fears of violent divisions are to be alleviated. Every politically motivated gunshot or death of a protestor heightens the sense of fear and alarm – without even taking into account the "routine" killing of innocent people on the streets. Each new shooting or terrorist plot tears at the social fabric of America while simultaneously battering the already reeling economy from the impact of COVID-19.

It is time to bring peace to the nation’s streets. America needs an urgent healing touch.