US-YPG deal: Oil theft after the displacement of civilians 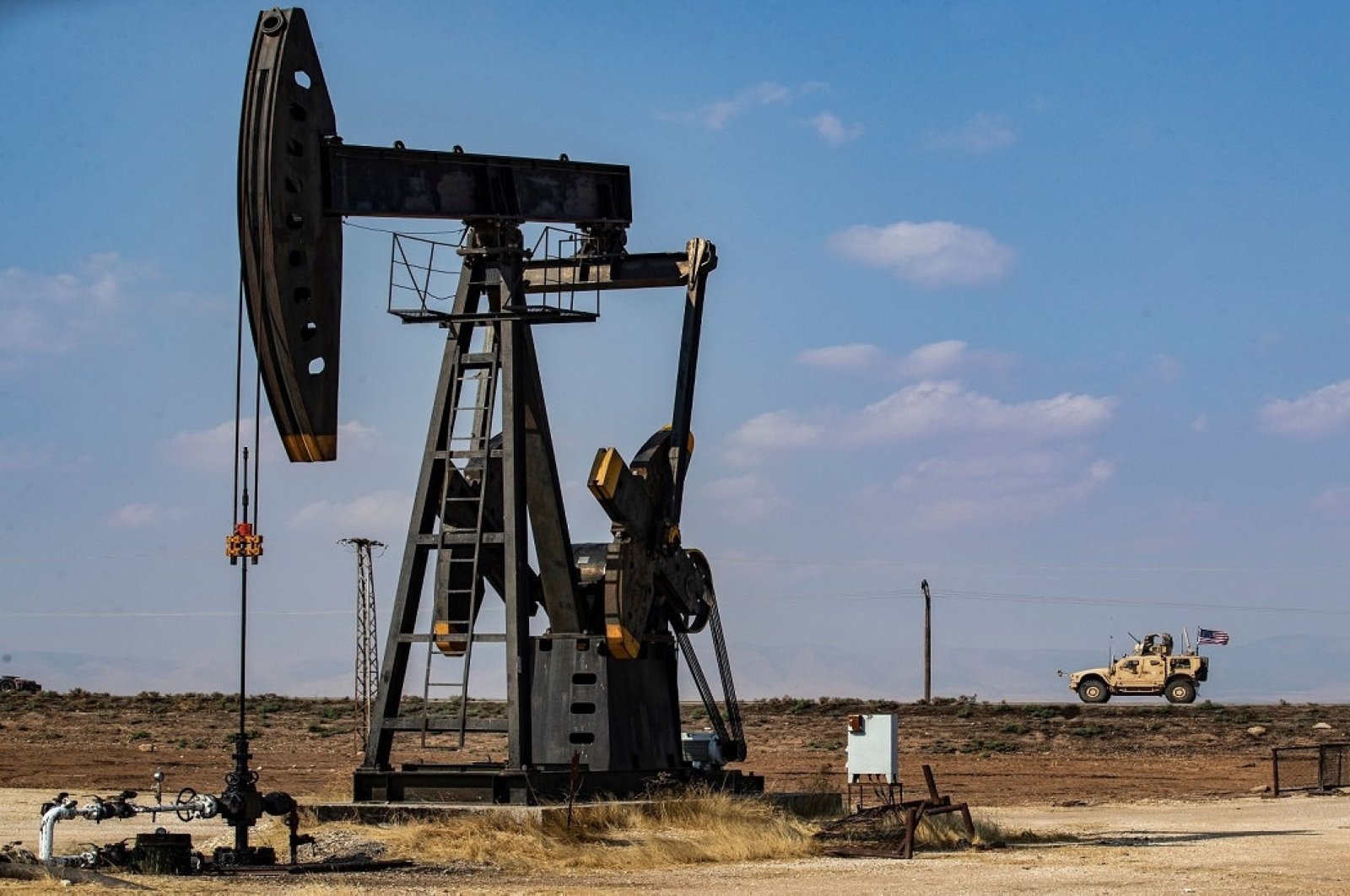 The recent agreement between an American company and the YPG/PKK terrorist group to "develop and invest" in Syrian oil fields cannot be interpreted separately from international and regional changes. It is directly linked with the power balance calculations between Russia, the U.S., Turkey, Iran and the Bashar Assad regime in Damascus. This so-called "economic" deal was reached in the context of Syria's post-Daesh stage and has some dimensions that are likely to bring serious changes to the region. These very changes are, however, not mentioned in some declared statements.

During a congressional hearing a few days ago, U.S. Republican Sen. Lindsey Graham informed that he had talked about the deal with a "leader" of the SDF, an umbrella group for the PKK’s Syrian wings. He added that "it appears they (the SDF) have signed a deal with an American oil company to develop oil fields in northeastern Syria."

In reply to Graham’s question on whether Washington in support of this agreement, U.S. Secretary of State Mike Pompeo said "yes, we are."

"The deal took a little longer than we had hoped for and we are now in the implementation phase," Pompeo said, adding that "the deal could be very strong."

Washington had hinted at a similar agreement when U.S. President Donald Trump stepped back last October from the decision to withdraw all American troops from northeastern Syria, instead of maintaining about 500 soldiers in the region. It was said at the time that this measure aimed to protect Syrian oil.

Damascus condemned the agreement "in the strongest terms," describing it as "theft of Syrian oil under the auspices and support of the American administration," according to a report published by the website, Russia Today.

The Syrian regime’s Foreign Ministry said the agreement "is an integrated theft and can be described as a deal between thieves stealing and thieves buying."

This agreement will give the SDF a negotiating card, which will be waved in any upcoming dialogue with Damascus to gain advantages by raising further demands. It will complicate the role that Moscow plays within the framework of its vision to facilitate the restoration of Damascus' authority over the entirety of Syria.

This, in turn, may make Moscow more flexible with Turkey in Syria, because the SDF does not have any legitimacy. Washington's support to the SDF terrorist group in the fight against Daesh terrorists – which has now ended – does not give it any legal status in the territory of the Syrian Arab Republic. The SDF is no different from the other terrorist organizations that have emerged in Syria in the past decade.

Amnesty International has reported that the YPG/PKK committed war crimes against Arabs in northern and eastern Syria. President Trump also said they also released some Daesh prisoners just to offend the U.S.

In a late 2015 report, Amnesty International said its fact-finding mission in northern Syria had uncovered a wave of forced displacements and house demolitions, which amounted to war crimes, carried out by the YPG/PKK terrorist group.

Lama Fakih, a senior crisis adviser at Amnesty International, said, "By deliberately demolishing civilian homes, in some cases razing and burning entire villages, displacing inhabitants with no justifiable military grounds, the Autonomous Administration is abusing its authority and brazenly flouting international humanitarian law in attacks that amount to war crimes."

Many are trying to promote the idea that there is an ethnic mixture and that the Arabs are part of this mixture in the areas controlled by the SDF, or what is called "self-management."

The fact that Arabs make up a majority of the local population is almost completely ignored, although there are many scientific studies. The most recent one, published in the World Institute for Studies, based on very accurate statistics, included the number of villages and towns and the demographic and geographical distribution.

The study shows that the percentage of Kurds does not exceed 6% in the territory of the Syrian Arab Republic.

Previously, the former United Nations envoy to Syria, Stephen de Mistura, revealed the percentage of Kurds to be 5%.

It is axiomatic to say that the agreement on Syrian oil annoyed Ankara, especially as it has been fighting a party to the agreement, the PKK terrorist group, for years. Not surprisingly, the Turkish reaction was very harsh, condemning the deal inked between a company from its strategic ally and a terrorist group. The Turkish Foreign Ministry said that the signing of the oil agreement is "an appropriation of the wealth of the Syrian people and a step in financing terrorism.”