When did you last travel 55 km by private jet? 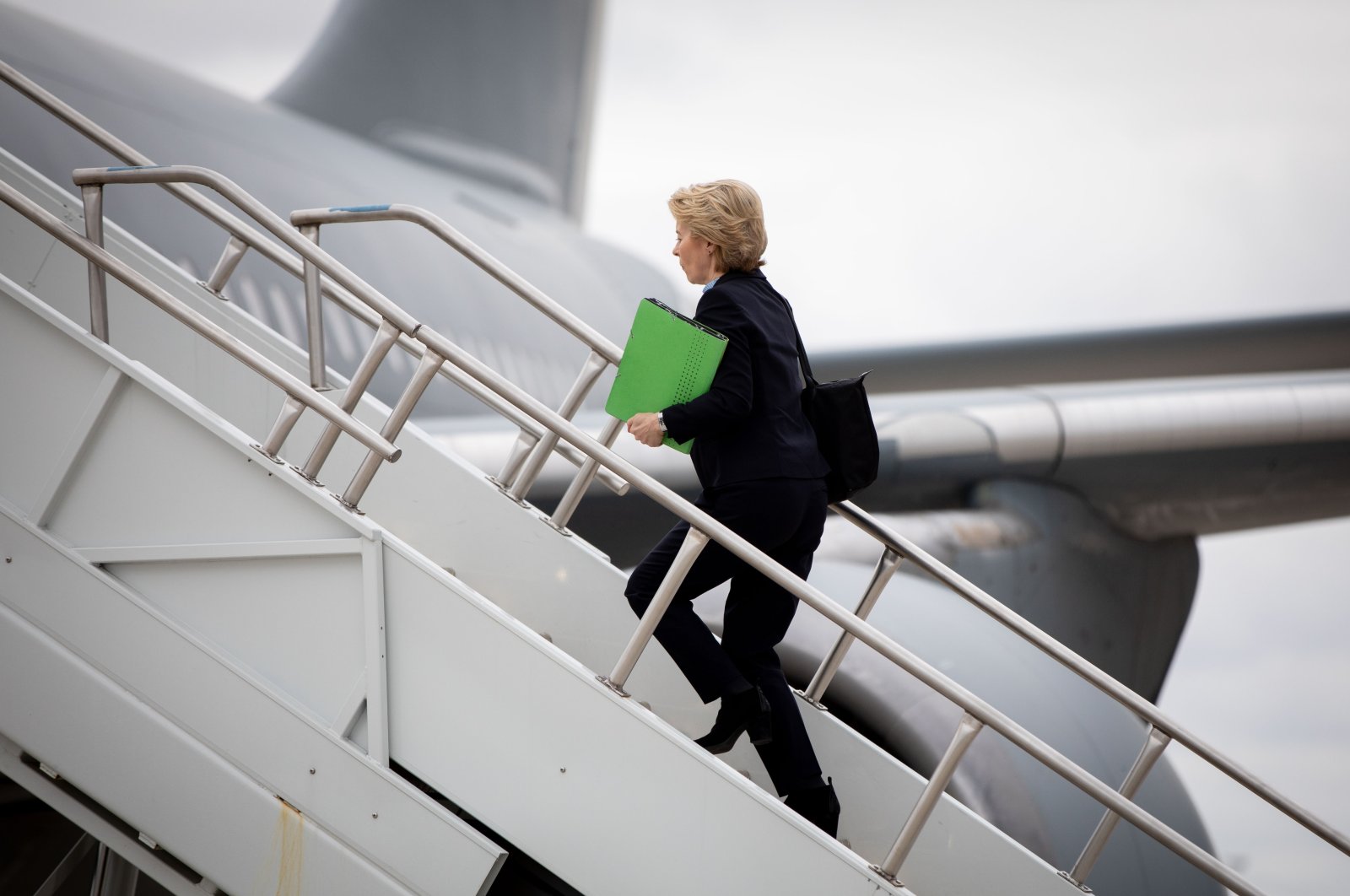 While some newspapers said the distance between the two airports is 47 kilometers (29 miles), luftlinie.org puts the distance between the city centers at 54.88 kilometers. Are these blurry memories from geography classes taken decades ago? Far from it: these are the details of a scandal of unexpected proportions that is unfolding at the European Commission headquarters as we speak.

So let us stick to the airways picture and approach our topic as directly as possible, or as the proverbial crow flies. The European Commission headquarters in Brussels did not deny, but as a matter of fact, confirmed that last year on June 21, 2020, European Commission President Ursula von der Leyen boarded a private plane to travel from the Austrian capital Vienna to the Slovakian capital Bratislava. The justification was that the schedule was overly tight since it included touching down in seven countries in just two days, with a flight from Bratislava to Riga next on the itinerary.

The plane in question and the crew remained the same for the entire trip. In the EU’s response, quoted for example by renowned German broadsheet Die Welt ("Privatjet für 47 Kilometer – Kritik an EU-Kommissionschefin von der Leyen" lifted two days ago on Nov. 5, 2021) it was furthermore argued that the COVID-19 pandemic made traveling by train or scheduled flights impossible.

Pandemic or not – the latter point is certainly correct: no one would even dream of taking a plane from Vienna to Bratislava should there be a connection in the first place since a direct airline coach shuttle effortlessly connects the airports. Besides, there are regular, comfortable train services linking both city centers and thus hotels where international VIPs can reside at either end. But the former intertwining with COVID-19 leaves another disturbing and rather sour aftertaste. Your friendly contributor having been on those trains quite a bit knows that they are practical, inexpensive, allowing you to work during the trip, have a snack and witness how Austria employs wind energy to become a real climate change game-changer.

Maybe from some 30,000 feet above the ground, protecting the environment seems less of an issue?

Besides, the middle of June 2020 was exactly the moment in the pandemic when Austria and Turkey reopened not only their consulate visa application centers but also returned to normal frequencies with regards to scheduled flights between the countries.

Did the European Commission have secret intelligence about a real risk whilst flying out of Austria last June? Why would a leading EU politician refuse to do what ordinary citizens had started doing again? Can a pandemic hit a VIP more easily than you and me or our families?

The five-year period leading up to the Maastricht Treaty between 1987 and 1992 was the heyday of European integration, a time when more or less everyone involved was rather enthusiastic about abolishing nation states' borders and creating a shared, common market not just for goods and finances but for us, the people. Thus, strict guidelines and rules were implemented so as not to create the impression that "Common House Europe" was just for elites. Long before talks about a potential Brexit erupted, there was already an uneasiness in large segments of the European electorate back then on whether or not a borderless people's market would make sense. To put it differently, how many dockers from the port of Dover would really move to the south of France to find employment there the morning after free movement for workers was established?

Initially free movement for people was regarded as an academic exercise, and you guessed it, potentially for academicians only.

Hence, positive PR was the order of the day as trade unions, in particular, heralded that free movement would be a bad thing for national labor forces and markets, respectively. Then European Commission President Jacques Delors coined the phrase "the social dimension of the single market" to try and alleviate their fears. From workers' rights and transferring retirement pensions to allow students to roam wherever they find a university place – everything was included.

To guarantee that a skeptical public would not jump ship, those working with or representing European institutions or organizations fully financed by them had to abide by strict traveling reimbursement rules. First, economy class only. Second, no flights granted for any distance of less than 500 kilometers.

Exceptions: if you lived on an outlying island and a helicopter shuttle (think Scotland, consider the Faroe Islands) to the nearest international or domestic airport was the only available option, you got it. This exception was tolerated even more so as to include members of EU staff or delegates in meetings with nongovernmental organizations from socially and geographically distant regions.

Private planes were considered a fashion item for Hollywood stars not for EU representatives. Apparently not anymore, or unfortunately, it has been this way for quite some time with the malaise having set in long before COVID-19.

Our readers who have a little insight into how national administrations operate know that there are security concerns for elected office holders. The American president is whisked away to the airport by helicopter from the White House instead of using a motorcade for routine departures and by doing so actually saves money and reduces his overall carbon dioxide footprint. But the European bureaucracy is no U.S. president.

Now comes the frank part of this brief analysis.

How many of any EU member states' national electorates know the name of their elected members of European Parliament?

How many could list all current European Commission members?

How many of that very electorate would know the difference between the Council of Europe and European Council?

Why would any of those EU representatives need to worry about their security to the same extent as a U.S. president?

And using private planes started well before COVID-19 broke out.

Today Mrs. von der Leyen’s office citing conflicting schedules as justification for the Bratislava gaffe is a joke, to put it mildly; yet claiming that concerns about catching COVID-19 whilst mingling with "fellow EU citizens" on board a train was the overriding reason is simply an insult.

On the first subject matter, it would have absolutely been logistically possible to stay a night in Bratislava after having arrived by train or, if really desired, by a chauffeured car or two so that her entourage could be accommodated. Day-to-day business at the EU headquarters is not necessarily so demanding that the European Commission president needs to be in town 24/7; to the contrary, traveling across Europe is part and parcel of their duties.

A Brexit here, perhaps a Polexit there and more private plane stories... no wonder that the EU’s electorate is turning ever more anti-EU-superstate.