Where is EU in the emerging great powers competition? 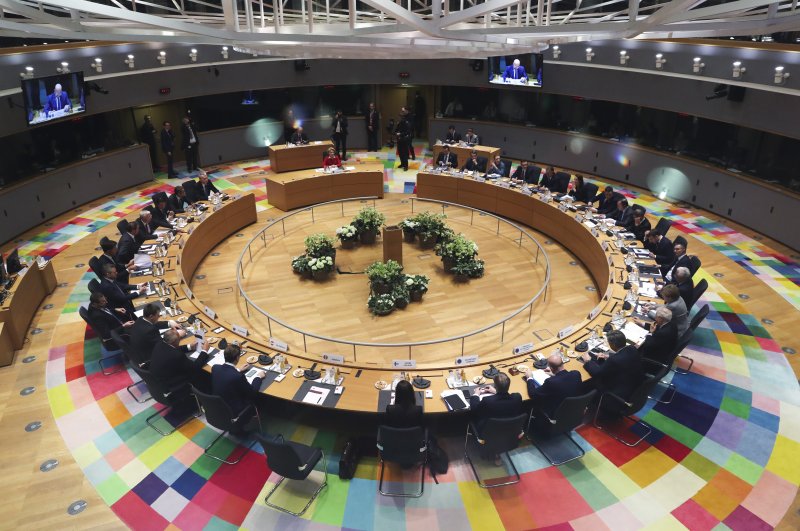 The global power whose future is most uncertain is undoubtedly the European Union. How will Brexit impact the EU's international identity? How will the re-election of Donald Trump as president of the U.S. affect the future course of transatlantic relations? Will the EU's postmodern/supranational integration process survive the growing appeal of illiberal populist political movements across the continent? Answering such questions is closely related to how the EU will situate itself in the accelerating geopolitical competition with the U.S., China and Russia. Depending on the position the EU adopts in the emerging great power confrontation between the U.S. on the one hand and Russia and China on the other, the EU's future might unfold in three different ways. The EU might alternatively choose to become an American appendage, a playground or an autonomous player in this context.

This role suggests that America's European allies increase their military capabilities either within NATO or the EU in such a way to help lessen the burden on the shoulders of the U.S. For the European allies to guarantee the continuation of the American commitment to their security, they should support the U.S. deal with Russia and China more effectively by taking on more security responsibilities in and around Europe.

The prerequisite for Europeans to choose this option is to share two assumptions in common with one another. One is that Europeans do still believe that the U.S. is playing its traditional pacifier role in Europe and Europeans not only feel vulnerable to emerging security challenges in Europe's neighborhood but also fear the intentions of each other. The underlying logic here is that the security community in Europe and the achievements of the EU integration process owe their existence to the provision of American security commitment. The second assumption is that Europeans view the emerging international order from a U.S.-friendly perspective. This suggests that, similar to Americans, Europeans also view Russia and China as geopolitical rivals to be reckoned with and therefore see their future in strengthening their ties with the U.S. Subscribing to this position also suggests that the U.S. and its European allies do still constitute the so-called liberal international order and the points of commonalities between Europeans and Americans far outnumber the points of commonalities that Europeans happen to share with Russians and the Chinese.

Looking from this perspective, Europeans should wait out the Trump administration and continue to prove their relevance to the materialization of American foreign and security policy interests all over the world. Europeans should invest in NATO's global identity and adopt the American position that NATO's future hinges on its transformation into a global alliance aiming at containing Russian and Chinese ambitions rather than letting the alliance atrophy.

This role conceptualization suggests that unless European allies increase their military power capabilities and adopt a more geopolitical worldview than before, Americans would not take them seriously. It is the U.S. that has more bargaining power in transatlantic relations and it is up to Europeans to decide whether or not they would take American leadership for granted.

Many pundits argue that unless the EU develops a strategic actorness with all hard power capabilities required for such a role, the EU would end up being a playground of the emerging geopolitical competition worldwide. Compared to other global actors, the EU would best be described as a soft power long in civilian and normative capabilities yet short in military competence. The risk here is that the EU, being a herbivorous power, would find it difficult to survive in the "survival of the fittest" game played by rapacious carnivorous powers. For Europeans to survive in the emerging Hobbesian jungle of global politics, they will soon need to accommodate the Kantian principles that have so long underpinned the European vision of international relations which no longer appear as attractive as it used to be in the good old days.

If the EU does not want to become the playground of global geopolitical rivalries, it needs to transform into a credible international actor speaking with one voice in international platforms. Neither member states themselves nor any intra-EU groupings would suffice to weather the storms of intensifying geopolitical competitions.

Assuming that Europeans could protect themselves and their Kantian paradise against outside challenges by pulling up drawbridges does not hold true in today's world either because Europe has already turned into a theater of global geopolitical games. Outside global powers have been very much involved in Europe's internal politics. Europeans do not have the luxury of closing their gates to outsiders.

As of today, it seems that the U.S., China and Russia try to do their best to sow divisions among EU members by cultivating closer relations with each and every one of them to the detriment of the EU's international agency. Russia's efforts to build a gas pipeline to Germany, China's attempts to forge institutional relations with many Central and Eastern European as well as Balkan and Baltic countries outside the EU framework, and America's support to nationalist and anti-integrationist parties across the continent are all examples of the time-tested game of divide-and-rule politics being played on European soil. American support to Brexit and Russia's attempts at circumventing EU-imposed sanctions by developing strategic interactions with European heavyweights like France and Germany all attest to the outsiders' efforts to mold the EU to their liking.

Of all the alternative futures EU members could choose, that of being the playground is the least likely to materialize because this would suggest that EU members have already forgotten their past and given up their decades-old aspirations to help transform the dynamics of global politics in line with the constitutive norms of the European security community.

The third option that EU members could alternatively choose is to transform the European Union into an autonomous international actor endowed with the will and capability to protect and promote its distinctive values, characteristics and policies across the globe.

The European Union and its member states have profoundly benefited from the liberal international order and they have been in such an international environment that European values have defined the boundaries of appropriate behaviors in different realms. It is not a coincidence that Germany has become one of the most powerful trading states since the early 1950s and that the EU integration process has become the most cherished role model for other states in their efforts to experience long-lasting economic development and social peace.

So long as the European continent has constituted the focal point of global politics and the U.S. has seen the deepening and widening of the EU in its national interests, the need to down the EU with autonomous actorness was not so high. Yet, those were the days. Today, the American commitment to the European Union peace project cannot be taken for granted and neither Russia nor China sees the continuation of the EU integration process as vital to their interests.

Besides, there are important differences between American and European perspectives on China, Russia, the Middle East and many other global issues of concern. While China has already become the United States' No. 1 antagonist, the European Union prefers to see China from an economic perspective with China's spectacular rise offering European countries immense opportunities to tap into. While Washington defines Vladimir Putin's Russia as an enemy that needs to be contained and rolled back, Brussels and many European capitals are looking for ways to reach a modus vivendi with Moscow so that Europeans could respond to emerging threats in their neighborhood more effectively. While Trump's America believes in a transactional and zero-sum mentality in its international relations, European nations do still believe in multilateralism as well as rules-based global governance.

It seems that a growing number of Europeans now realize that the isolationist turn in U.S. foreign policy cannot be easily reverted back even if Trump loses the upcoming presidential elections in November this year. The latest Munich Security Conference held in February 2020 has undoubtedly demonstrated that Republican and Democratic elites alike have come closer to each other in terms of viewing the world through the prisms of realpolitik power competitions and a new Cold War taking shape between the U.S. on the one hand and Russia and China on the other.

Choosing one of the parties at the expense of the other or simply hoping that everything would be fine as history unfolds could potentially become an option. Yet, the incessant pressure of the Trump administration on Europeans to choose their sides in the new Cold War, let alone Chinese and Russian involvement in European politics, should serve as clarion calls for Europeans to make their mind up sooner rather than later.