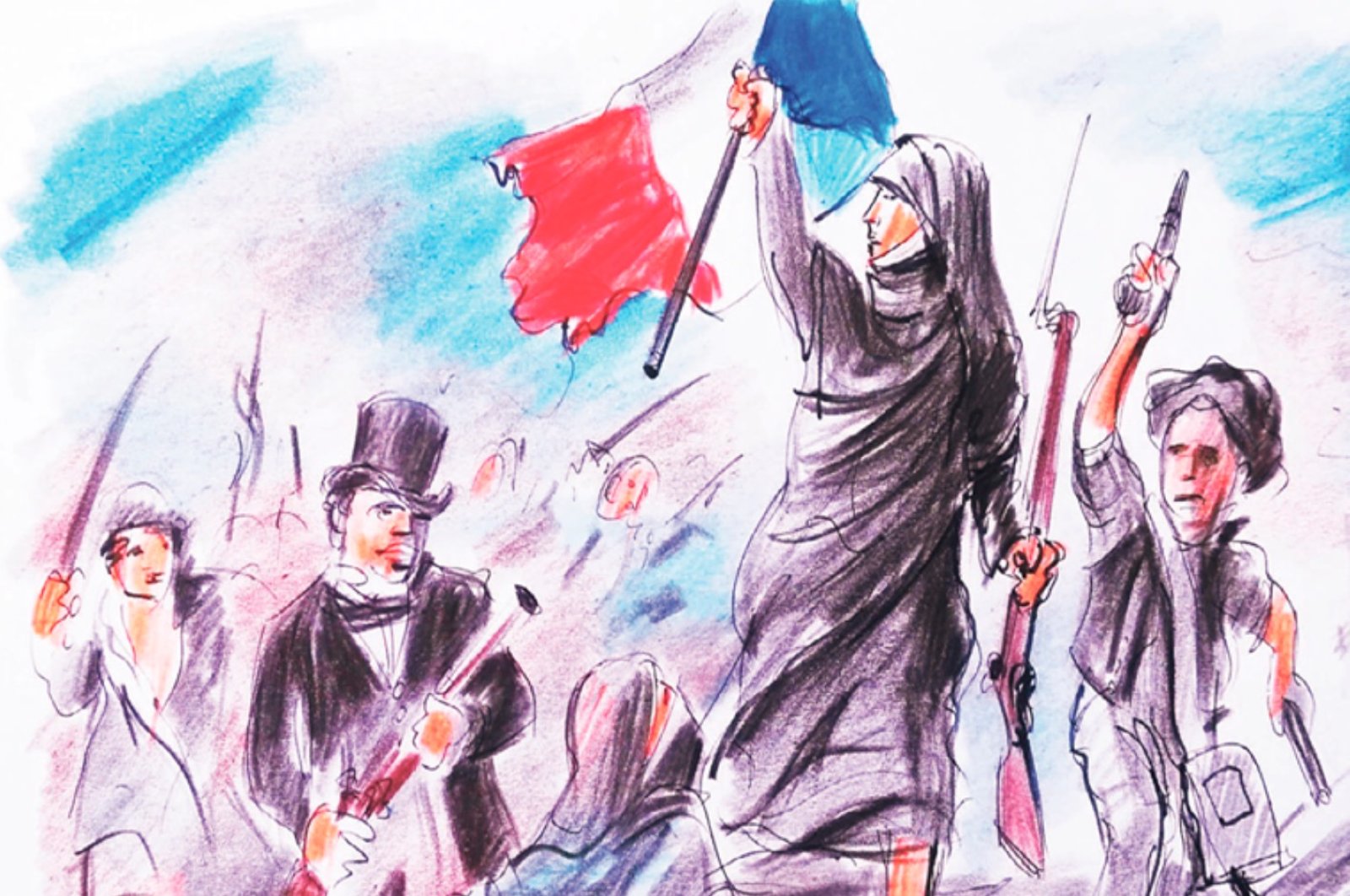 The ethnic stereotype factor complicates the integration and post-integration process for both parties in the adopter/adopted equation. The French essayist, political journalist and the darling boy of Marineland, Eric Zemmour’s comments often make headlines. Zemmour preaches intolerance toward immigrants, particularly Arabs and Muslims. He wants to keep France purely “white,” like former French President Nicolas Sarkozy's cabinet. Nadine Morano, a member of the European Parliament and a French politician, went as far as to say that France was a “white race.”

“I do not want France to become Muslim,” she said. “For there to be a national cohesion, we must keep a balance in the country that is to say, its cultural majority; we are a Judeo-Christian country as General de Gaulle put it, Caucasian, home to strangers. I feel that France remains France...” She went on to defend the need for immigration quotas “based on the skills the country needs and the continent of origin.”

This phrase attributed to General de Gaulle was mentioned in 1959 after his political comeback. Although he didn’t say it publicly, the remark was made in private to his young confidant, Information Minister Alain Peyrefitte who authored the general’s memoirs in 1994. France’s political context at that time was electric, the Algerian liberation war was at its shadow, and de Gaulle was trying to crash and “eradicate” the National Liberation Army (ALN) and the National Liberation Front (FLN) military branch to keep Algeria “white.” Zemmour who is known for his political buzz and small phrases, in 2018 published a book called, "Le Destin Français" (French destiny).

Why same at every election?

The latest polls, however, put the white France political star, Marine Le Pen, on top. Le Pen is looking forward to a rematch with French President Emmanuel Macron in the 2022 presidential election, though two years in politics is a life trajectory.,

Following the yellow vests movement – which is a populist, grassroots protest movement for economic justice that began in France in October 2018 – some of its militants are already calling for Gen. Isaac Pierre De Villiers, former military chief of staff, to run in 2022. He became popular in France, particularly among the far-right and the hardcore French right-wing Les Republicains (LR Party) after his clash with Macron on the eve of Bastille Day in 2017. His name was often cited to reestablish order and authority in France.

Today the French media and politicians are not really worried about witnessing a remake of April 2002 and May 2017; this time white France would enter the race with an immigration agenda, questioning France’s 2,000-year-old ethnic race that has become a banal “argument” in the French political discourse. Thus Zemmour is a polemist, a provocateur like Bill O'Reilly in the American right- and far right-wing media arena, who also surfed on the populist discourse and enjoys the image of demonization by the leftist media and intellectuals. Zemmour who uses this communication strategy to demonize his opponents recently clashed with French Minister of Culture Jack Lang and former President François Mitterrand about the culture minister's latest book, “The Arabic Language, Treasure of France.” Zemmour reproached Lang for serving foreign interests, saying that the body, Arab World Institute (l’IMA) of which Lang is president, is partly funded by Arab Gulf countries.

In this stance, does Zemmour’s ascension in the French media deserve such close observation? Is he the only media bluff? Several factors combine to support this view: Socioeconomic issues, growing paranoia over the latest influx of migrants into Europe and France’s decision to receive 24,000 refugees in two years’ time all serve as alarmist signs for white France voters. In recent years French politicians from right to left were acting like immigration officers-in-chief. Manual Valls who was a former prime minister borrowed Thomas Friedman's noun: “islamofascism” showing his concern about political Islam in France.

Zemmour and white France’s political leaders, including Macron’s education minister are raising the question of secularism (laïcité) in France and pushing forcefully toward ghettoization in their sermons. The ascension of the far-right ideology has pushed further LR party members to take “Marine” drive – last summer, European elections sustained the delusion of the latter, where Rassemblement National (RN) party defeated President Macron’s party (LRM) and crushed the LR party of former president Sarkozy.

The anti-Arab and anti-Muslim sentiment has been on the rise for three decades. It started in 1989 with the infamous so-called "l'affaire du voile de Creil, l'Oise" (Islamic Veil junior high students' controversy) – yet under Sarkozy’s term (2007-2012) this sentiment reached its height and racism spread even further, deepening the sense of monoculturalism in the country. Today even Macron is tempted to use it as a “selling point” in French politics. He will be ending a program signed in 1977 allowing nine countries, including Turkey, Tunisia, Morocco and Algeria to send teachers to France for language and cultural classes without interference by the French authorities, the program teaches about 80,000 students per year.

Macron claimed that some groups want to separate themselves from the secular republic and choose not to respect the laws in the name of religion. Last month, he told reporters in the eastern city of Mulhouse that the government will end foreign language and cultural classes throughout the country as of September 2020.

There is a vicious circle here. The French mainstream politicians act with hypocrisy because this is the attitude of the dominator over the dominated. Those people who left or will leave their native countries do so as a consequence of colonial policies and the complicity of former colonialist support of corrupt and tyrant regimes, all of which fuels the misery and desperation of young people seeking a better life elsewhere.

Is Islam a new religion in France? It is very difficult to calculate the number of Muslim practitioners, but Muslim culture is common to around 5 million to 6 million Muslims in France who have a shared religion, history and tradition.

First of all, it is necessary to say how linked these questions are to French history and the history of secularism. The Jacobin Republic does not admit linguistic and religious plurality; it is not confined in the private space. This is the closest classic definition one could employ to define French secularism. The freedom of expression of religious belief in the private space, while the state protects the freedom of religion, this sense exists. Today many Muslims share the feeling that the state does not protect their faith enough.

There is also a sentiment – which does not mean that there is an open religious war – that there are movements, political parties and organizations that are pushing for the “clash” and the confrontation of civilizations and religious wars. Clearly, many of them would like to act on this fantasy, and if they do clash, these organizations would go on to say that Islam is incompatible with the French Republic, therefore with white France.

France was the first country in Europe to ban Islamic veils, such as al-khemar (headscarf), al-burqa, and al-niqab in public places in 2010. In 2014, the European Court of Human Rights upheld the ban, arguing that the law could appear excessive and encourage stereotyping. France was also embroiled in a row over bans on the Muslim women's swimsuit, the so-called “burkini,” at beaches around the French Riviera and beyond.

Last September, Education Minister Michel Blanquer said: “A parent should be banned from wearing conspicuous religious symbols, namely the Islamic headscarf when escorting their child to and from school." Later a far-right regional counsel member of the Bourgogne-Franche-Comté region, Julien Odoul asked a Muslim mother accompanying her son and other children on a school trip to remove her headscarf during the meeting with the Region Counsels members at the regional assembly hall.

Arab and Muslim candidates did enter last Sunday's municipal elections for the mayorship office in Paris and other city council municipalities, and large city arrondissements across the country, wanting to make France’s white baguette crispy, adding more exotic ingredients into it, like Chef Boulanger of the 17th Arrondissement in Paris, Taïeb Sahal, did, winning the best traditional French baguette, 2019 Paris Grand Prix.