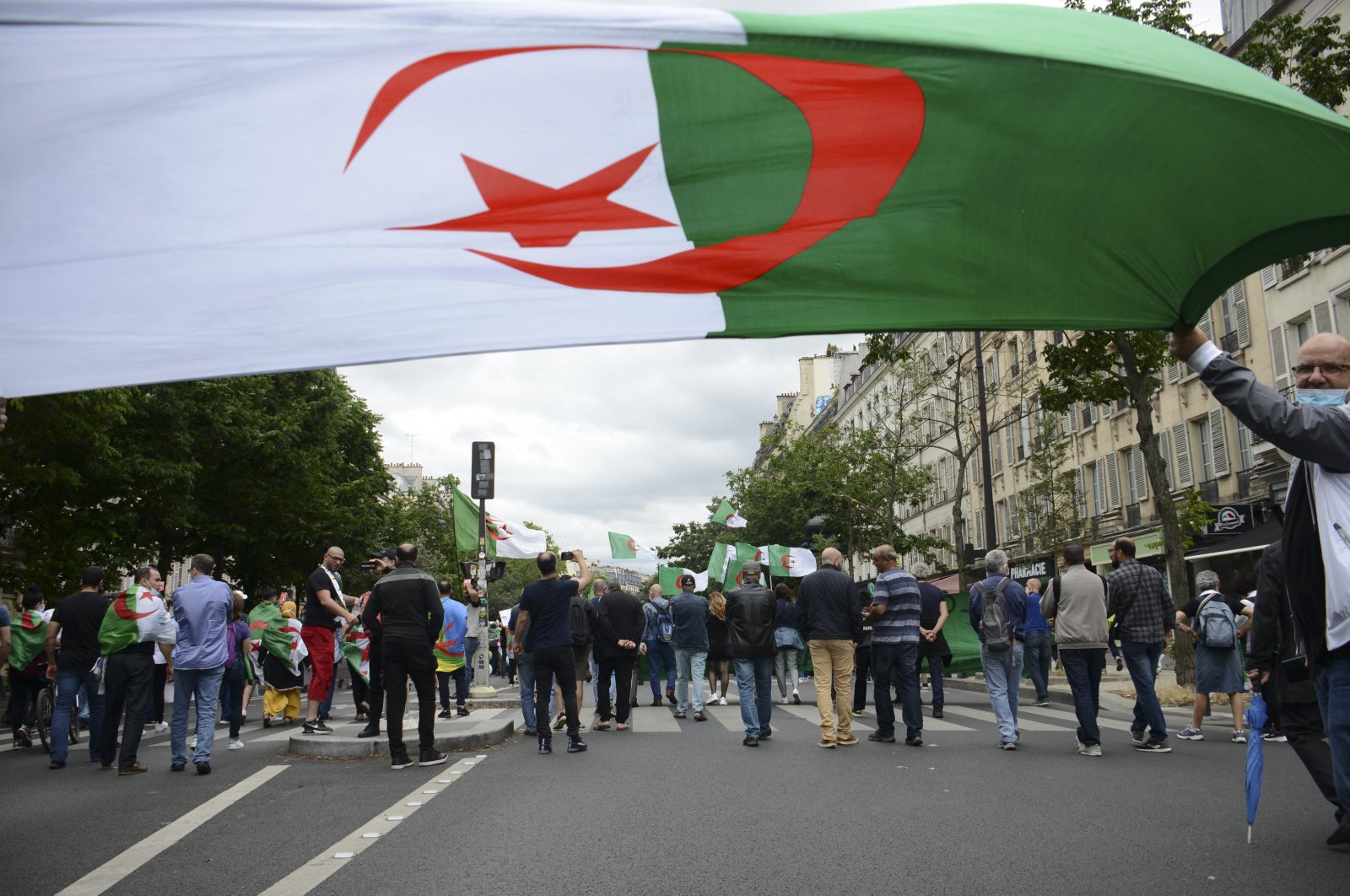 A parade by the Algerian population in Paris is held from Place de la Republique in the direction of the Bastille to commemorate Algeria's independence, in Paris, France, June 5, 2020. (Reuters Photo)
by Imad Atoui Jul 22, 2020 12:05 am

After it had adopted a noninterference policy for many years, Algeria now plans to lift the ban and send its military for peacekeeping operations. In fact, this is not new for Algeria to send its military abroad, but Algiers is set to reactivate a previous policy.

In many events, the Algerian military participated in military operations abroad such as the war of October 1973. Algeria also participated, through some officers, several times in the U.N. mission to investigate Angola from 1989 to 1997, Democratic Republic of Congo 1999 and the dispute between Eretria and Ethiopia.

After the setback that involved the participating countries in the war of 1973 against Israel, it became evident – for many reasons – that Algiers had to reassess sending its military abroad. However, despite holding the banner of Algerian military as a homeland military, Algeria continued to contribute in peacekeeping operations in the framework of the U.N. So, why does Algeria want to reactivate a policy that enables its army – within the framework of the United Nations, the AU and the League of Arab States – to contribute in military operations abroad?

The return to Africa and security threats are the new main points for Algerian foreign policy. Algeria has a long history in Africa through its role of combatting colonialism and being among the first countries promoting liberation movements during the Cold War. Despite losing its influence on Africa during the civil war, at the beginning of 2000 Algeria built upon its security experience to become a leader in designing peace and security within the continent.

In recent years, Algeria’s role has again stepped back and shrank due to political and economic decline that gripped the country during the era of President Abdelaziz Bouteflika. However, with the new president, Abdelmajid Tebboune, Algeria will now return to Africa.

In fact, the return initiative that Algeria announced is also a broad reactivation that Algiers wants to proceed through repositioning itself economically in Africa after it had launched Trans-Sahara Highway project links Algeria to Niger and Chad. After it has ratified the Agreement for the African Continent Free Trade Area (AfCETA) a few months ago, Algeria has set up an Algerian international cooperation agency "with an African vocation" that reinforces cooperation with neighboring states and particularly Sahel countries.

Security threats surrounding the country forces Algeria to operate strategically. The dominating security role that Algiers has played in the Sahel region has also eroded in recent years. The stance of noninterference enshrined in the constitution has isolated Algeria from security dynamics and put it in a critical situation with the escalating threats.

The existence of terrorist groups in the Sahel region is not a new phenomenon; what is new is the escalating geopolitical landscape that these groups are getting with the fall of states like Libya and the weak states that provide huge geography for terrorists like Mali and Niger.

The fall of huge portions of land under these terrorist groups reconstitutes and strengthens these cells to operate under one agenda and enables them to follow through with their political plans. More than that, the security threats that terrorist groups newly pose shifted the game from traditional threats presented in hit-and-run (like they attacked Tigantourin Oil base in Algeria in 2013) to take a pivot role in crafting and posing policies in some countries like Libya and Mali.

Keeping a strong military, in the north of Africa, at home became futile for Algeria particularly with potential attacks conceded with the geopolitical growth of terrorist groups. Thus, from a strategic point of view, permitting the Algerian military to participate in peacekeeping operations abroad is to catch up and to attack terrorism at home at least in the neighboring infected areas. The Libyan political dilemma opened the door to terrorist cells in the Sahel region to expand their activities and connect Libya geographically.

War on terror and peace

Another reason for Algeria’s participation was the failure of countries such as Mauritania, Niger and Mali that were involved in the Regional Security Organization established in 2010 named Comite d’Etat-Major Operationnel Conjoint (CEMOC) to cooperate and share intelligence to combat terrorism. Algeria’s aim then is to maintain peace and get back its role regionally and internationally since its participation would be within the framework of the U.N., the African Union and the League of Arab States.

At least within the African region, Algeria needs to step forward and focus on its national interests. To get out of its isolation, Algiers sees that military participation abroad is vital after it had witnessed a decade of terrorism. It became strategically evident that if Algeria does not react and start hitting terrorism at home, the consequences would be heavy and may come to threaten its local territories. Thus, returning to Africa for political and economic reasons needs military support to secure economic lines with Africa and to strengthen its position in the continent through a new strategic vision.