Why did Europe reject FETÖ's culpability in Turkey’s 2016 coup attempt? 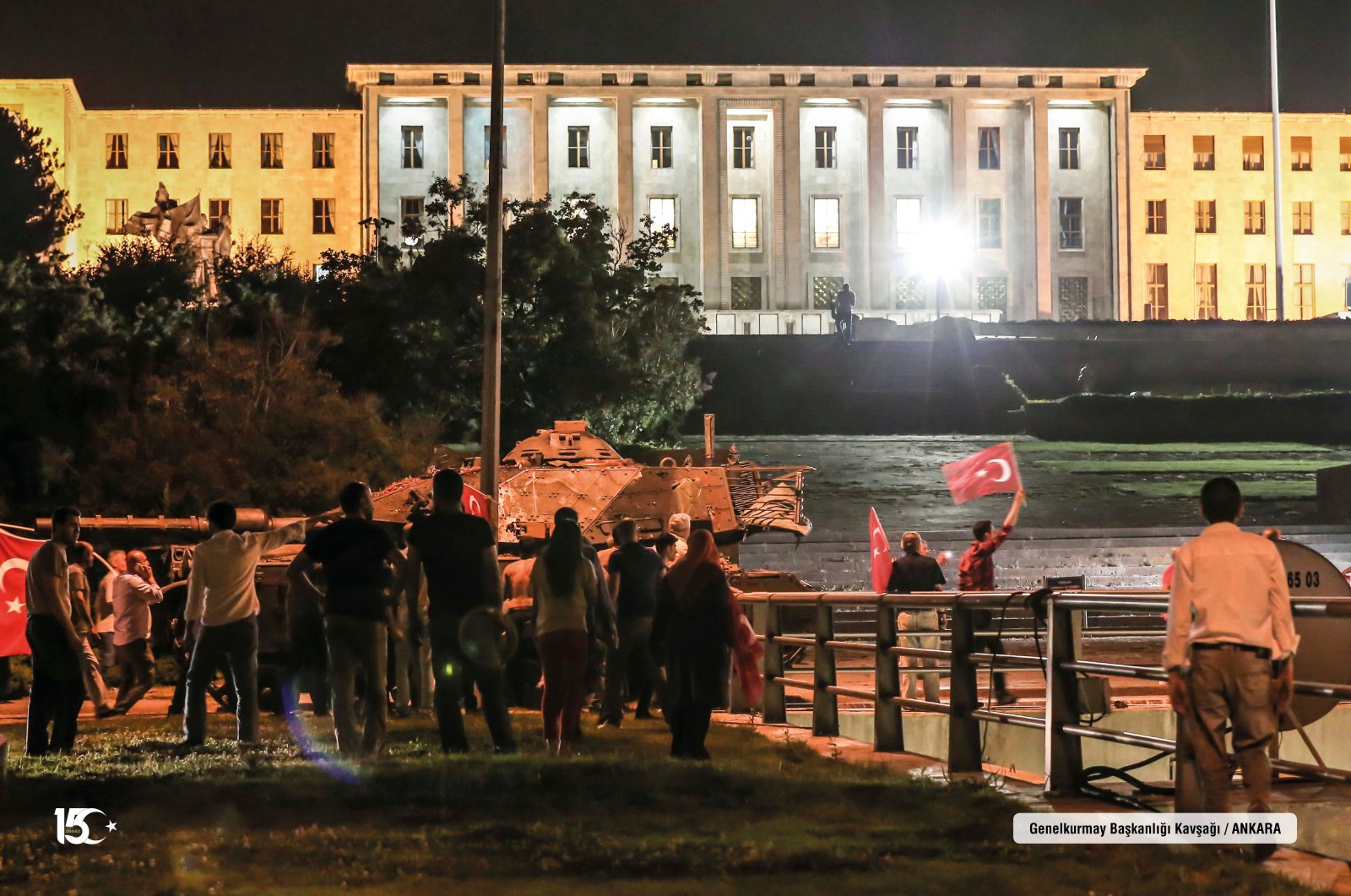 People walk toward the headquarters of the Turkish military to resist FETÖ-affiliated coup plotters in the building, in the capital Ankara, Turkey, July 15, 2016. (AA Photo)
by Jurgens Klaus Jul 15, 2020 12:05 am
RECOMMENDED

Before deciphering a number of international perception gaps related to the heinous coup attempt of July 15, 2016, which has not lost any of its significance in defining modern Turkey as a model democracy instead of turning back the clocks to a dictatorship as was intended by the Gülenist Terror Group (FETÖ), we should first remember and pay due respect to those heroes who initially single-handedly, and soon after with the support of the entire Turkish nation, defeated the coup plotters.

Over 250 proud citizens lost their lives in this struggle, and well over 2,000 more were injured. Just picture this: armed with only a kitchen knife, confronting a tank manned by FETÖ-inspired troops. Figuratively speaking, the word and definition of a hero should have had a new entry in the dictionaries of all of the world’s democracies printed after that fateful night.

The actual sequence of events on that night and the following day will most definitely be examined in detail by esteemed colleagues and fellow commentators so that we shall not forget the previously unheard-of courage displayed by the entire Turkish population. What this brief analysis tries to add to the broader picture is something else, however.

On the one hand, why were many supposedly friendly nations and allies rather lukewarm in their responses and hesitant to accept that the defeated coup attempt was masterminded by a criminal terror network called FETÖ? And on the other hand, why was there unfair criticism toward Turkey with a view of how best to deal with the aftermath of such a threat and make certain it can never be repeated?

Let us approach the former subject first. The benefit of being able to look back at every analysis of past events, of course, makes comprehension so much easier than making statements on the day of the event, but in the case of the July 15 coup attempt, one thing became clear at once: A terror network which had infiltrated many layers of the Turkish state was behind it. FETÖ had grown into a cancer-like threat and showed its ugly face by trying to destroy modern Turkey.

Yet seen from abroad, the acceptance of this reality and conveyance of the message was somehow more difficult. In order to shed more light on this observation, we have to recall the visit by British Minister of State for Europe Sir Alan Duncan, who was the first high-ranking European politician to travel to Ankara after the coup attempt. While most other foreign governments were still in a wait-and-see position, Sir Duncan made a razor-sharp comment. He warned about the perception management of FETÖ members living abroad who would try to turn attention away from the fact that it was the Gülenists themselves who had planned to topple the democratically elected Turkish government.

The comment underlined not just the close bilateral relations between two partner nations but also showed that while one European government clearly accepted the fact of how dangerous the Gülenists are, others preferred to close their eyes. In addition, Sir Duncan’s comments gave insight into the shocking reality in so far that FETÖ had established itself overseas and not just at home in Turkey. In this regard there is no big difference between the banned PKK and FETÖ; both as we now know engage in "fundraising" and money-laundering abroad.

As it seemed, FETÖ was declared an internal Turkish problem and not a global terrorist threat. The logic behind such an approach is hard to grasp.

Onto the latter point raised in the introduction: Why was there such widespread criticism when Ankara declared a state of emergency right after the coup attempt? And why did this criticism not go away when it was rightfully prolonged?

With all due modesty and respect, one could argue that what is acceptable for some is out of the question for others. Even more sarcastic Turkey observers might say that for some circles in Europe, whatever Turkey does or does not do is wrong anyway. Very often comments were heard in European capitals along the lines of "Ankara must return to the rule of law," "the constitution must be protected," "free speech should be guaranteed" and so on and so forth.

Correct, but this was the precise reasoning for declaring a state of emergency in the first place: to make certain a follow-up coup attempt was an impossibility, that the criminal minds behind the atrocities would be caught, that the cancer-like FETÖ network would be erased from within the Turkish state and that the rule of law and thus democracy would be defended and guaranteed.

One set of questions springs to mind in this context. How would a government in Berlin have reacted if terrorists flew fighter jets over their national parliament, the Reichstag, and bombed it? How would a French government react should similar events unfold in the capital Paris? What could be the only logical reaction by a Spanish government in the case of a comparable terrorist attack in Madrid? All this must be paired with the realization that this was not a one-man job but the result of a vast terrorist network having infiltrated the entire state structure and was probably ready to strike again.

Well, a state of emergency would have been declared there and then. But as it was Turkey doing just that, support for the measures was automatically withheld. It was as if Turkey should at once reverse the decision to declare a state of emergency and return to normality as if nothing had happened – a strange way to help an ally and friendly nation in need. Besides, and to highlight this point as often as is, unfortunately, necessary, where were the practical offers to help stop the spread of the FETÖ terrorist network overseas as described in the previous part of this short analysis?

In a nutshell, Turkey was more or less left to her own devices when it came to tackling the threat posed by FETÖ, same as Ankara is primarily left to its own devices when it comes to fighting off continuous threats by the PKK. Often capitals and their reactions overseas would, while paying lip-service, do nothing concrete at all to actually support Ankara achieving these justified goals. Alarming, is it not? Is terrorism not a global threat to democracy and the welfare of nations?

As written in the first few lines, today is first and foremost a moment to remember the heroes who defeated the coup plotters and to pay respect to the entire Turkish nation. Democracy won that night and will always win – but only as long as governments faced with such threats do the right thing. Turkey did nothing but that.