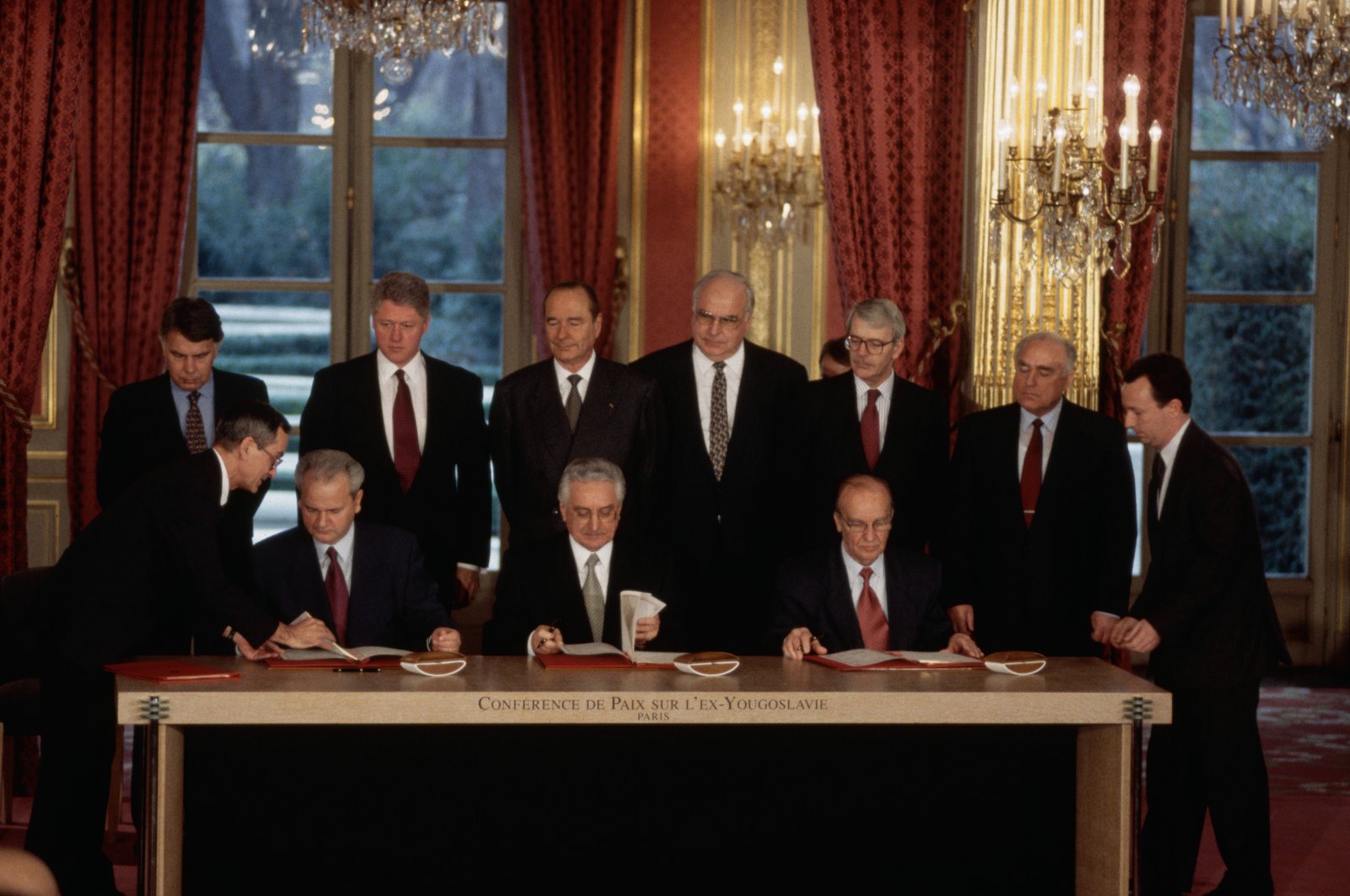 Twenty-five years ago, the Dayton Peace Accords were signed. Here is what peace brought to Bosnia-Herzegovina

On Nov. 21, 1995, then U.S. President Bill Clinton announced an end to the war in Bosnia-Herzegovina. The Rose Garden announcement capped three weeks of roller-coaster negotiations at an American Air Force base in Dayton, Ohio. It was in this Midwestern city that top-level delegations of Bosnia-Herzegovina, Serbia and Croatia negotiated the intricacies of the far-away Balkans under American auspices.

The wars of conquest that Serbia and its proxies had unleashed on Bosnia-Herzegovina and Croatia in the early 1990s had come to an end. What was achieved in the American Midwest 25 years ago this week continues to shape the life and politics in this region.

The Dayton Peace Accords ended a genocide, wars of conquest and multiple separatist projects. What the agreement ushered in was a complex political structure that translated the military balance of power into an institutionalized political stalemate.

Bosniaks retained Bosnia-Herzegovina with its territorial integrity and external borders, albeit centrally weak and significantly decentralized. The Serb separatists, having failed to achieve their maximalist goal of carving up Bosnia-Herzegovina, settled for a highly autonomous political entity within the country.

Equally important for the Serbs is the veto power at the state level, which means that essentially any decision can be blocked. The Bosnian Croats were less successful as separatists and settled for a significant autonomy within the Federation of Bosnia-Herzegovina and veto mechanisms at the federation and the state level.

Several defining features of Dayton stand out. First, its sheer complexity. The highly convoluted system of electing representatives at the various levels of governance is tedious for Bosnian citizens.
Second, the fragmentation of the political landscape in post-war Bosnia-Herzegovina. For a citizen living in the capital, there are four levels of governance: the state, the federation, the canton and the municipality. Figuring out the jurisdiction of each level of governance is not always an easy task. This is rather complicated for a country with a population of less than 3 million with three co-presidents, more than 130 ministers, 14 parliaments, hundreds of representatives and their staff. These layers of governance have given rise to inflation in the number of ministers, advisors and officials.

Third, the fragmented political landscape is fertile ground for the emergence of local power-holders. Municipalities and parts of cantons have turned into local fiefdoms with power brokers paying only lip service to the officials at the federation and state level. Fourth, multiple levels of governance enable rampant corruption. This is evident from health care services to public procurement.

If the political system established by the Dayton Peace Accords is visibly deficient, why does it still hold 25 years later? The negotiations at Dayton, Ohio in November 1995 were the most serious effort at peacemaking since the genocidal violence against Bosniaks was unleashed in the spring of 1992.

Unlike highly unfavorable European peace plans, the U.S.-led peace initiative safeguarded Bosnia's independence and external borders. Furthermore, the U.S. committed to deploying troops to implement the peace agreement. For Bosniaks, this was the best deal on the table then.

With an American election year approaching in 1996, a failure to clinch the deal in late 1995 could have meant that peacemaking would be placed on the back burner for some time. The opportunity cost of rejecting the peace deal was significant.

For Bosnian Serb and Croat separatists, the Dayton deal offered enormous political clout and local autonomy short of independence. Serbia and Croatia, as patrons of their respective separatist projects in Bosnia, had come to the same conclusion.

Over the past 25 years, the complex web of checks, balances and vetoes have become entrenched in Bosnia. Multiple levels of governance have given rise to a new breed of politicians whose livelihoods and political longevity are directly linked to the perpetuation of the existing system. This trend cuts across ethnic lines.

While many officials pay lip service to the idea of reforming Dayton, it is questionable whether their support is genuine. Simply put, hundreds of public officials would be rendered irrelevant and unemployed should a revision of the peace agreement be undertaken with a view to streamlining the bloated bureaucracy.

Domestic vested interests aside, geopolitics needs to be factored in. America's waning presence has been felt for more than a decade. Russia's return to Europe and the Balkans needs to be taken into account in reforming or revising the Dayton Peace Accords.

The European Union's spineless approach in pushing for reforms has been made worse by the mixed signals coming from Brussels about Bosnia's candidate status. Amid the changing geopolitical dynamics, the once-held hopes by Bosnian citizens for major changes to the Dayton Peace Accords are highly unlikely. In fact, there is a growing sense that a frozen conflict is shaping up.

Yet, there is still a window of opportunity. While Bosnia's EU membership is a distant prospect, the country's path to NATO is still within reach. The incoming Joe Biden administration's fast-tracking of Bosnia's NATO accession offers a way out.