Why TRNC legally right in property debate in reopened Varosha 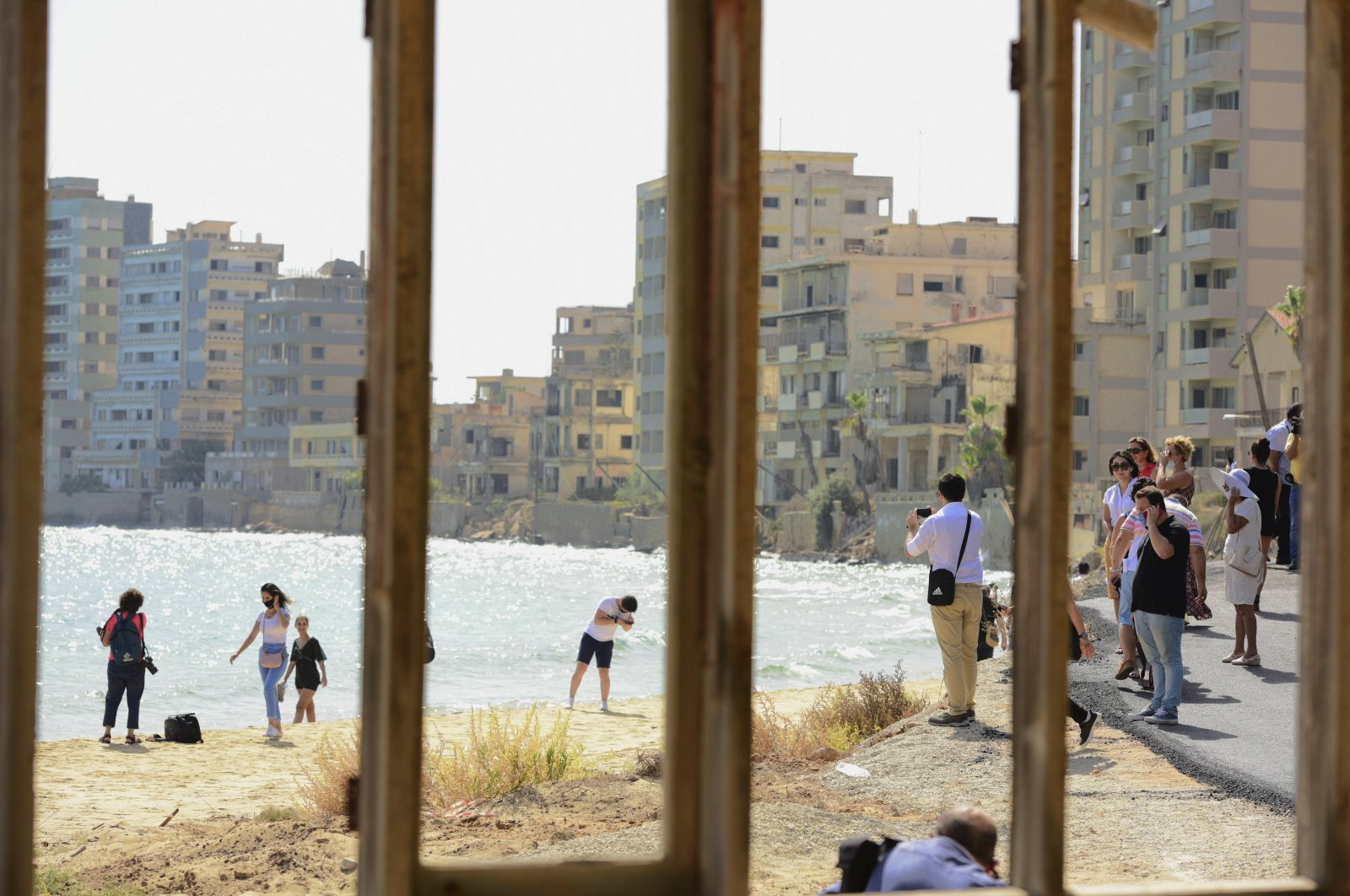 Journalists and the public are seen through a window frame at the beach lined with abandoned hotels, after the reopening of Varosha, in the fenced-off area of Gazimağosa (Famagusta), TRNC, Oct. 8, 2020. (AP Photo)
by Ferhat Küçük
Oct 21, 2020 12:05 am

On Oct. 8, the Turkish Republic of Northern Cyprus (TRNC) reopened the beachfront of Varosha (Maraş) to the public after the ghost town had remained closed for 46 years. It is located on the island on the U.N.-controlled "Green Line," also known as the buffer zone, which separated the north and the south after Turkey's 1974 peace offensive code-named Operation Atilla. However, Varosha, which Turkey declared a military zone, is one of two regions on the Green Line but not under U.N. control.

The region, which was predominantly inhabited by Greeks before 1974, constitutes an important part of the property rights dispute, one of the most critical issues in the settlement of the Cyprus question.

So, what does the opening of Varosha on the basis of international law mean?

According to U.N. Resolution 550, the United Nations Security Council (UNSC) “considers attempts to settle any part of Varosha by people other than its inhabitants as inadmissible and calls for the transfer of this area to the U.N. administration.”

In other words, international law states that Varosha can be opened under U.N. supervision and only on the condition that it is given back to its pre-1974 residents.

Varosha is a concrete example of the trauma of war but also a symbol of strength and a potential building block for peace. With this being the case, standing in the way of the rights of the indigenous people of the region will only lead to deeper distrust between communities instead of promoting reconciliation.

The risk in this situation is that it will undoubtedly lay dynamite under any efforts for a solution.

The TRNC has reiterated on many occasions that the reopening of Varosha is being carried out in line with international legal principles and public demands. A written statement by the TRNC's foreign policy desk emphasized that deserted Varosha succumbed to its fate due to the inflexible attitude of the Greek leadership for 45 years.

According to the statement, the Greek Cypriot administration has made efforts to maintain the status quo, a standard described as unacceptable by all parties concerned. The statement continued that the inventory work in Varosha is progressing, but the Greek administration is, unfortunately, trying to block it. The Greek Cypriot side's sole aim is to preserve the status quo, therefore standing against any positive steps taken in the area, the TRNC said.

Sibel Siber, a former speaker of the TRNC Parliament, said that the property problem is one of the biggest challenges. “By taking the world with us, we can find a solution to the property problem within the framework of international law. Varosha is also part of it,” she said.

Vice President Fuat Oktay said, “It is neither legally nor politically nor economically acceptable for this heavenly shore, the closed Varosha, which is within the TRNC’s sovereign area, to remain dormant.” Oktay underlined the importance of the TRNC's inventory work and added that the Greek Cypriots' remarks over the status quo will not be accepted and Varosha will not remain closed.

It is supported by archival resources that the vast majority of territory in Varosha was foundation land illegally transferred to third parties by the British colonial administration of the 1950s. International law and the UNSC resolutions must be binding for all parties, and Varosha's clear property owner is the TRNC in accordance with the international legal principle that stipulates that "foundation lands cannot be transferred and sold, they can only be rented, and the owners are again foundations."

Varosha is a territory of the TRNC, and it is perfectly legitimate for Turkish Cypriots to take steps to benefit their economy on their own territory. Varosha must regain its former order and dynamism.