Will Joe Biden be better for the Middle East than Donald Trump? 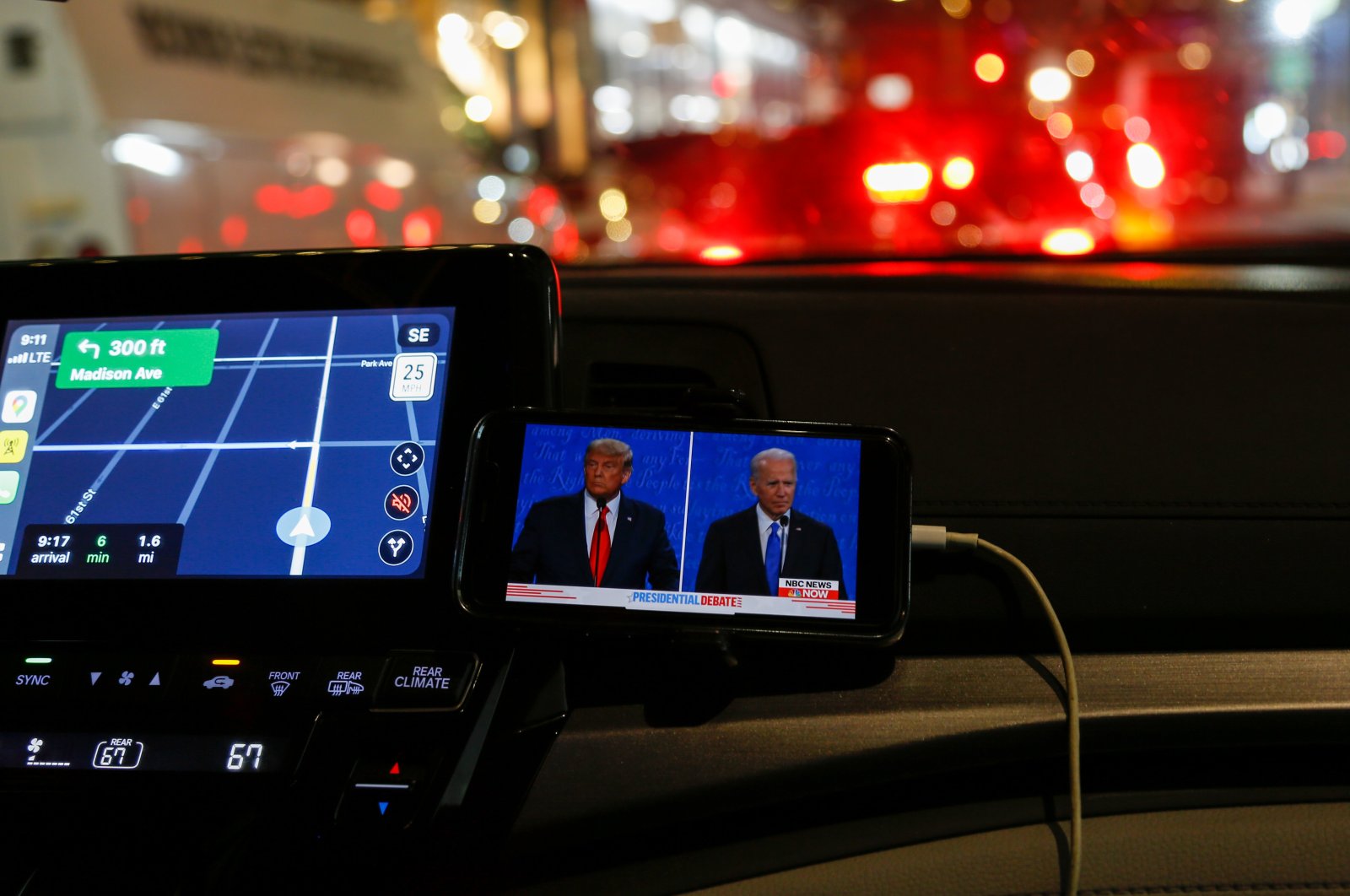 If Democratic candidate Joe Biden becomes the 46th U.S. president, along with a plethora of challenges on the domestic front, he will have to rebuild America's foreign relations, as if from scratch. President Donald Trump has destroyed the U.S. image abroad, decimated its diplomatic capacity and undermined long-held alliances. In addition, one of Biden's important challenges will be dealing with the rather chaotic Middle East.

He not only will have to contend with downward spiraling U.S.-Iran relations, but he will also inherit a region that is in need of repair. Can Biden handle the regional powers better than Trump? Can he jump-start the Palestinian-Israeli peace process? What will he do about the civil wars in Syria, Iraq, Yemen and Libya? Does Biden have a grand strategy for the Middle East?

Neither Trump nor Biden is the clear choice for the Middle East. Former terrorists and now peace partners, the Taliban, have endorsed Trump. Saudi Arabia and the United Arab Emirates (UAE) are hoping Trump will win a second term in the White House. Iran and Yemen are hoping he loses. In this election, foreign policy is of little importance. More pressing issues like the coronavirus pandemic, economic woes and structural racism are dominating the national debate. The U.S. role is critical to the region, and the winner will have to address it.

U.S. policies under the Trump administration have been without any clear vision toward the region. America, however, has been consistent in its overwhelming support for Israel and in its opposition to Iran. In the past few months, the U.S. has also succeeded in normalizing relations between Israel and three Arab nations, the UAE, Bahrain and Sudan. Trump, nevertheless, has altered the geopolitical polarity of the region from Arab-Israel conflict to Arab-Iranian conflict, de-centering the Palestinian cause and making Tehran the vortex of the region’s problems.

It is clear that, overall, Trump and Biden's foreign policy values and approaches are like night and day. Trump believes in placing narrowly defined U.S. concerns above those of a global order that actually serves American interests. He has undermined relations with long-term democratic allies like Germany and France and has shown admiration and willingness to cooperate with majoritarian autocrats like Russian President Vladimir Putin and Indian Prime Minister Narendra Modi. He has shown very little interest in international institutions; he withdrew from several international treaties and institutions and mocked traditional institutional forms of diplomacy.

Trump above all has abandoned the global leadership role the U.S. has played for nearly seven decades. On China, the two are diametrically opposed. Biden prefers engagement and continued business relations, while Trump is determined to trigger a trade war that reduces U.S. dependence on Chinese manufacturing.

Biden, on the other hand, wants to restore U.S. stature and leadership on the global stage, rebuild the international order, restore ties with traditional allies and rejoin international organizations. He has decades of foreign policy experience, both as vice president and as a senator who chaired the Senate's foreign relations committee and understands the significance of diplomacy and its importance in safeguarding U.S. national interests abroad. So broadly speaking, we can anticipate significant changes in foreign policy if Biden wins on Nov. 3, but how much of these changes will also manifest in U.S. policy toward the Middle East?

I anticipate that in some areas, Biden’s policy in the Middle East will only show cosmetic changes. His policy toward Israel will not be very different in substance; it will vary only in rhetoric. He too, like Trump, will not only give Tel Aviv free reign in the region, but he will also not take any concrete measures to either end the occupation, stop definitively the future annexation of the West Bank or even kick-start a peace process between Israel and the Palestinians.

Biden has already announced that he will not move the U.S. Embassy back to Tel Aviv, but unlike Trump and his administration, Biden will publicly make statements expressing anguish at Israeli policies that do not advance peace. In substantive terms, however, nothing will change for Israel regarding foreign aid, the transfer of military technology or America's diplomatic cover.

Palestinians, on the other hand, could reverse their disassociation with the U.S. and once again become recipients of American aid, which in 2018 amounted to $600 million, all of which was cut by Trump. Palestinians will not get their land back, but they will get aid and support from a change in management in Washington, D.C.

U.S. relations with Iran and Saudi Arabia will be significantly impacted. Biden will genuinely try to bring Iran back under the umbrella of the Joint Comprehensive Plan of Action (JCPOA). This will not only reduce tensions in the region and moderate Iran’s aggressive policy of imperialism by proxies but also improve Washington's cooperation with the European Union, Russia, China, France and Germany – the other signatories of the JCPOA.

On the flip side, this will clearly harm the close relationship that Trump’s son-in-law and adviser Jared Kushner has developed with Saudi Arabia. Riyadh sees itself entangled in a zero-sum struggle with Iran for domination of the gulf region. It sees Washington's pressure on Tehran as a key component of its own deterrence and any cooperation between Iran and the U.S. will be construed as unwelcome and alienating. The UAE and Israel too will not welcome any rapprochement with Iran or any relenting of the sanctions. Basically, we will be back in 2016.

Biden has also signaled that he would no longer support Saudi Arabia in its war against Yemen. This will facilitate U.S. engagement with Iran but will further alienate Riyadh. The current guiding principle of geopolitics in the region is the need to contain Tehran’s Middle Eastern and nuclear ambitions. A rejuvenated JCPOA upturns this convention and raises the question of what, other than containing Iran, will the new regional order be based upon?

It is clear that while the rest of the world will celebrate a Biden victory, there may not be any positive impact on baklava sales in the Middle East.

*Professor of Islam and global affairs at the Department of Political Science and International Relations, University of Delaware