Will the new oil discoveries in Iran change energy geopolitics? 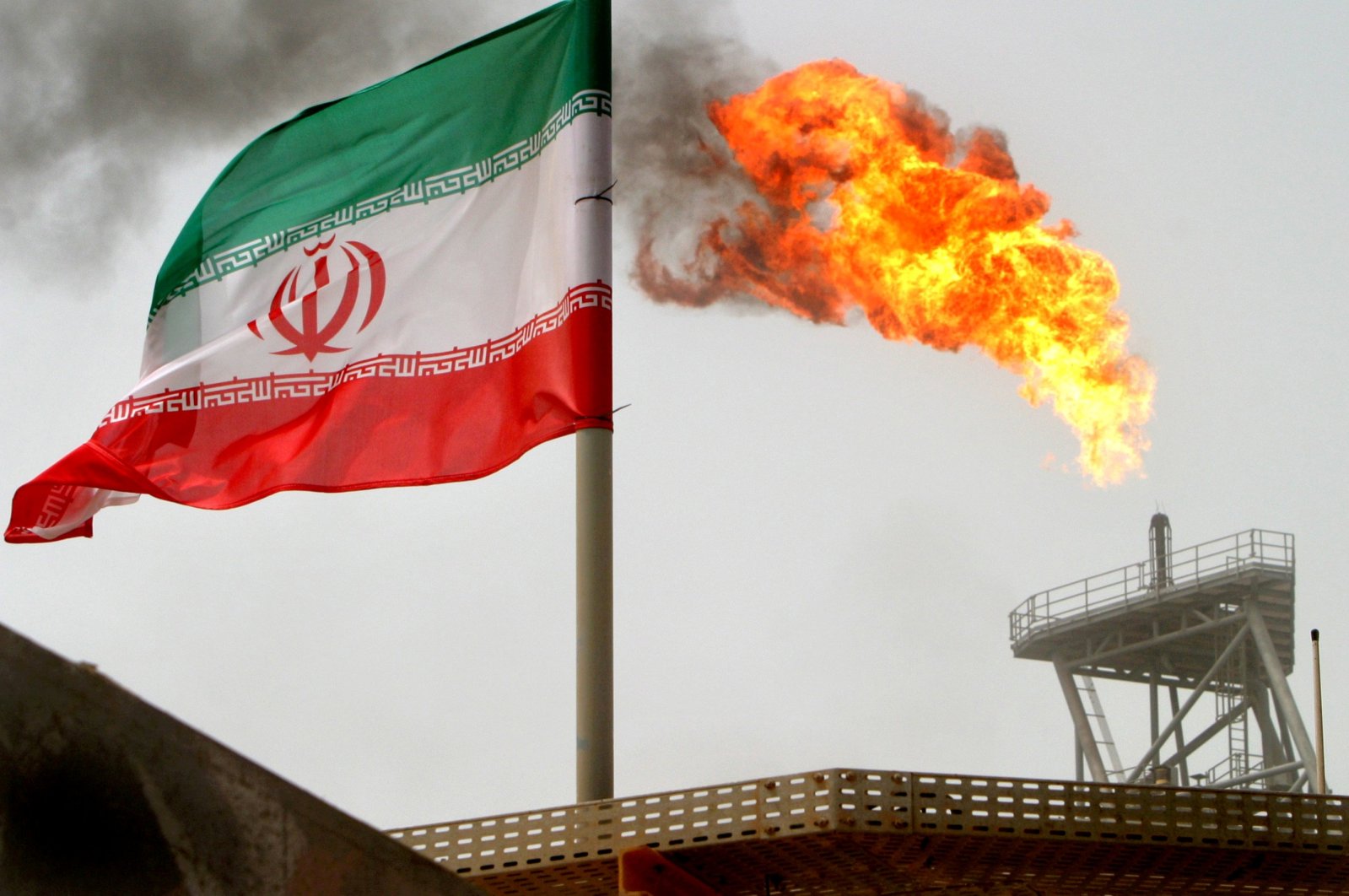 A gas flare on an oil production platform in the Soroush oil fields is seen alongside an Iranian flag in the Persian Gulf, Iran, July 25, 2015. (Reuters Photo)
by Omid Shokri Kalehsar
Sep 29, 2020 12:05 am

The declining demand and increasing oil supply in recent decades have led to oil abundance in the energy market. One of the most important features of this shift is the expectation of lower oil prices, which, in the short run, has negative effects on the economic and political stability of oil-exporting countries with high dependence on oil revenues.

As a result of this new market order, the group of oil-exporting countries is faced with the dual maintenance of short-term economic stability by supporting high oil prices and ensuring the security of oil demand in the long run by adopting market share policies and lower prices.

The coronavirus outbreak has put all industrial and economic sectors around the world in trouble. Despite the reduced consumption, geopolitical events have not had as significant of an impact on the oil and energy markets as in the past. The announcement of the discovery of new oil fields has not caused much fluctuation in the market either.

With more than 155 billion barrels of extractable oil reserves and more than 33.1 trillion cubic meters of natural gas reserves, Iran ranks first in the world in terms of total oil and gas reserves, which according to estimates and taking into account the current trend of extraction and no discoveries means that the country will have at least 80 years of oil and at least another 150 years of natural gas for production and export.

Seyyed Saleh Hendi, the director of the exploration at the National Iranian Oil Company (NIOC), announced that out of 20 explorations in the world last year, the first and third explorations belong to Iran. He said one of the most recently discovered fields, the Eram gas field in the southern part of the Fars province, is worth $2.7 billion with millions of barrels of exploitable oil.

It should be noted that Iran last year ranked first in the world in oil and gas exploration. Exploration is the first link in the value chain in the oil industry, which is one of the special businesses with high risk and a large investment.

All over the world, when oil prices fall, companies run out of funds and the first thing they do is shut down some of the exploration work, but in Iran, despite the budget deficit we had, the exploration continues as before.

In 2019, almost all major exploration and production (E&P) companies in the world saw a decline in exploration costs, but this year was Iran's year of success, and according to the U.K.-based Wood Mackenzie Institute, Iran ranked first in oil and gas exploration.

"The second place in the field of exploration went to the Russian company Gazprom, whose exploration amount was equal to 3.18 billion barrels of crude oil. These exploration resources should become a source of wealth for the Iranian people and we should be able to create an oil-based and non-oil-based economy."

Currently, three of our oil and gas fields are being tested, and if they are positive, it will be another honor for Iran. Interestingly, of the 20 major explorations that took place in the world in 2019, 12 were under 500 million barrels.

"We do not consider fields below 500 million barrels as discoveries that we want to publish in the media or hold press conferences about or include in the global statistics," Hendi added.

Regarding the importance of the new fields discovered in Gorgan and Moghan, Hendi believes that the Gorgan gas field, if exploited, can supply gas to the northern regions of the country.

In previous years, Iran imported gas from Turkmenistan to compensate for gas shortages in the northern provinces. If Iran can bring the gas from this field to the extraction stage, there will be no need to transfer gas from Assaluyeh in the southern province of Bushehr to the north of the country.

If the Moghan oil field in Ardabil can be exploited, the oil needs of the refinery in Tabriz, the most populous city of northern Iran, will be met and there will be no need to transfer oil from the south to the north. The province of Ardabil is 18,050 square kilometers (6,969 square miles), which represents 1.1% of Iran's total area.

During the presidency of Mahmoud Ahmadinejad in Iran, an agreement was signed between the Iranian Ministry of Oil and the Croatian energy group, INA, to explore oil in the Moghan block. The contract was valued at $140 million, but though six years have passed since the contract was signed, the company was unable to operate in the field due to sanctions and was therefore excluded from the project.

The Ardabil province, even though two decades have passed since it became a province, is still one of the most deprived provinces in the country, and so far, few important and national projects have been implemented in this province.

However, considering the deprivations of the oil-rich, southwestern province of Khuzestan in Iran, one should not expect the Moghan oil field to make a significant change in the economy of the Ardabil province, even if exploited.

The exploration of new oil and gas fields by Iran while the market is facing an oversupply of oil and gas and Iran is unable to actively participate in the global energy market due to sanctions, cannot cause much change in the regional energy geopolitics.

Energy resources are the sources of power in the field of international relations, which, if used properly by governments, can both create social welfare and improve economic conditions and increase political influence in the region.

However, the position of energy exports in Iran's foreign policy is not entirely clear, and the tense foreign policy has prevented Iran from using the necessary financial resources and technology to increase oil and gas production capacity in the current fields.

It is natural that, given the continuing sanctions and declining demand for oil and gas, Iran will have a difficult time attracting the capital and technology needed for the newly discovered fields. And it should not be overlooked that major energy producers and energy companies invest not only in the oil and gas sector but also in other energy sources. And investment in renewable energy, as well as electric and hydrogen vehicles is increasing day by day.

*Visiting research scholar in the Schar School of Policy and Government at George Mason University, holds a Ph.D. in international relations