Will Turkey establish a military base in Azerbaijan? 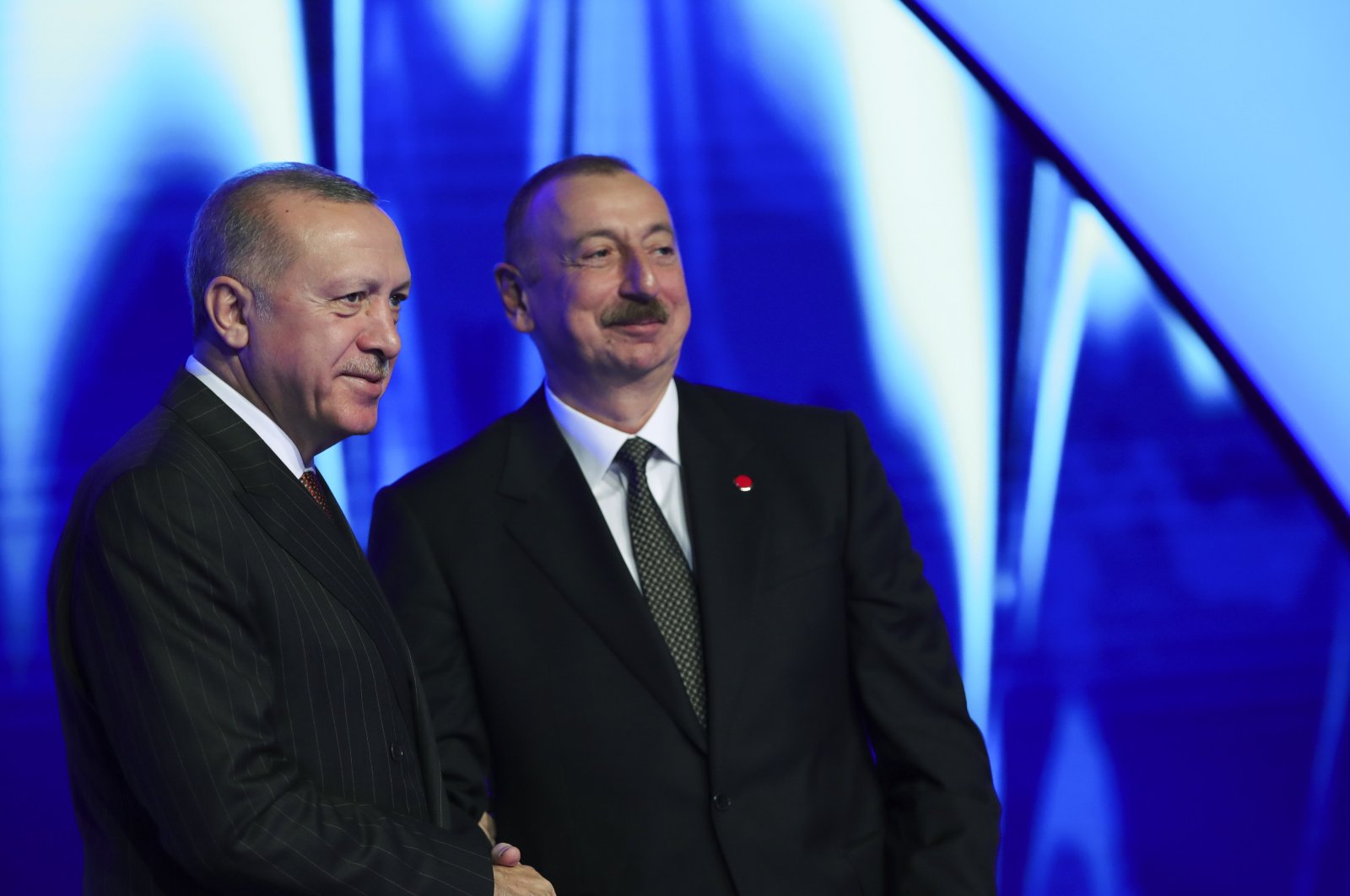 President Recep Tayyip Erdoğan and Azerbaijan's President Ilham Aliyev during an opening ceremony of a part of the Trans-Anatolian Natural Gas Pipeline (TANAP), in the western city of Edirne, Dec. 2, 2019. (AA Photo)
by Basel Haj Jasem Aug 21, 2020 12:05 am
RECOMMENDED

The political and media circles in the former Soviet countries continually discuss the issue of establishing a Turkish military base in the Republic of Azerbaijan in the South Caucasus. The discussion of the Turkish military presence in Azerbaijan is always linked to the coldness or warmth of relations between Moscow and Ankara, especially when the Armenian-Azerbaijani conflict flares up.

The bilateral defense cooperation between Turkey and Azerbaijan defines two legal frameworks. The first one, which was established in the early 1990s, enables military training for Azerbaijani personnel in Turkish military institutions. The second framework is the "strategic partnership" agreement, which explicitly states that the two countries will help each other if one of them demanded its right to self-defense under Article 51 of the United Nations Charter. Although the nature of this "assistance" was subject to bilateral consultations, the agreement clearly affirmed the possibility of using military means in emergency circumstances.

On the visit, both sides attended part of a large-scale Turkish-Azerbaijani joint military maneuver in the Azerbaijani regions of Baku, Nakhchivan, Kajah, Kordimer and Yulakh. Those exercises began on July 29 and continued until mid-August.

In mid-July, a high-level Azerbaijani military delegation had visited Turkey and met with the Turkish defense minister and most of the military leaders in the Turkish Armed Forces (TSK).

According to Azerbaijani media, very important documents were prepared between Baku and Ankara, as the two sides discussed the issue of establishing a Turkish military base in Nakhchivan, Azerbaijan's exclave bordering Turkey.

The Azerbaijani news site Menfal said that if relations between Azerbaijan and Turkey are not yet able to move toward a deep alliance due to the absence of certain legal steps, the current documents will raise the level of the alliance between the two parties to the highest level. As a result, the relations between Turkey and Azerbaijan will become very close and will not only include military cooperation but also political cooperation.

In light of the close cooperation between Armenia and Iran, Armenians fear this scenario. Tehran’s relations with Yerevan are stronger than those with many neighboring Muslim countries. There is a concern in Armenia about the possibility of Turkey’s participation in the negotiation process over the Armenian-occupied Nagorno-Karabakh region.

Ankara declares its position clearly by fully standing by its "brother" Azerbaijan to regain its "occupied lands," where the two republics, Azerbaijan and Armenia, have been witnessing a conflict since the last century, over the Azerbaijani territory of Nagorno-Karabakh, which is an Azerbaijani enclave occupied by an Armenian majority.

In 1993, after five years of war, the Armenians controlled areas within the territory of Azerbaijan, located between Nagorno-Karabakh and Armenia, with an area of about 8,000 square kilometers (3,088 square miles), or about 20% of the area of Azerbaijan.

Whether Turkey will establish a base in Azerbaijan or not, it should be noted that, even a few years ago, Turkey did not have military bases outside its territory, except for its military presence in the Turkish Republic of Northern Cyprus (TRNC) in 1974, and today Turkey has military bases in Somalia, Qatar, Iraq and Syria.