Winners and losers of the Gulf summit 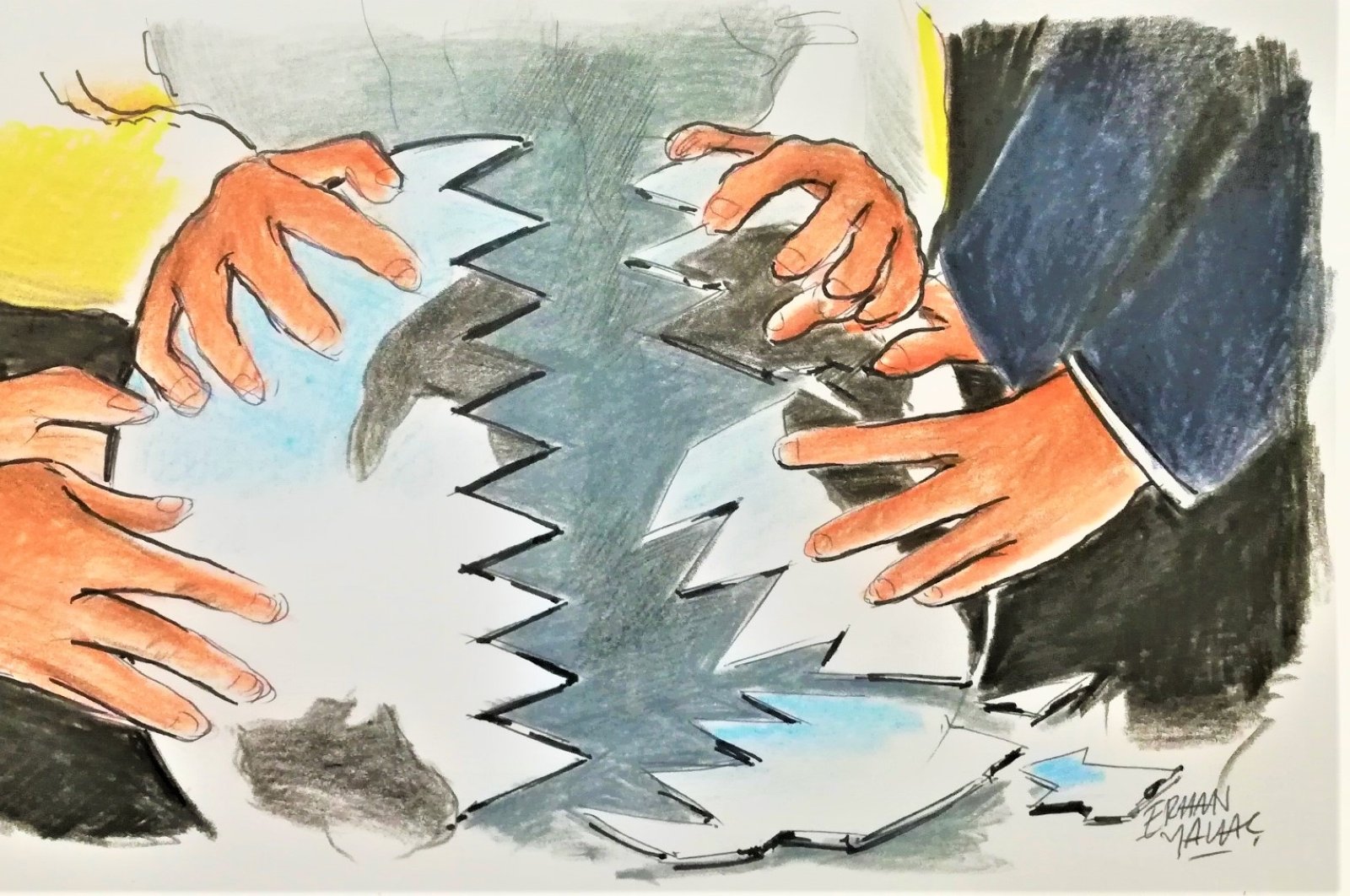 The blockade on Qatar finally ended last week in the extraordinary Gulf Cooperation Council (GCC) summit held in Al-Ula, Saudi Arabia. The Gulf is seemingly unified again, with Qatar back in the fold. Emblematic of this union was the embrace between Qatari Emir Sheikh Tamim bin Hamad Al Thani and Saudi Crown Prince Mohammed bin Salman (MBS). The Saudis, along with the United Arab Emirates (UAE) and Egypt, have relinquished their absurd demands on Qatar.

Qatar was the obvious winner of the summit. The small Gulf state has managed to maintain its independent foreign policy and has further strengthened its sovereignty as a result. The blockade allowed Qatar to disentangle its foreign policy from the Saudi-dominated GCC, and foster new strategic ties, namely with Turkey.

The Saudis and the wider GCC now have to concede that Turkey will be a part of the region's future. Turkey and Qatar are in it for the long run, and this has now been tacitly acknowledged by all parties involved.

Qatar's position is far more advantageous than it was at the start of the blockade. Not only have the Saudis had to backtrack on their demands, revealing the false nature of the accusations directed against Doha, but they have also had to concede to Qatar's growing autonomy within the GCC framework. Qatar's fate is now destined to be different from the rest of the Gulf.

The GCC, despite the language of the final document of the summit, is no longer an instrument for a unified foreign policy approach. Interests between all Gulf powers have diverged too greatly for the realization of such unity. Saudi Arabia, the UAE and Qatar are all pursuing distinct agendas in the region.

The gap between the Saudis and Emiratis has deepened as a result of the summit. While the UAE has shied from open criticism, it's clear that Abu Dhabi was not happy with such rapid normalization.

The UAE hoped to see Qatar punished for supporting opposing sides in the region's conflict-ridden areas. This clearly is not the case, dealing a heavy blow to Emirati ambitions in the region.

The Saudis have realized that a rapprochement with Qatar serves Riyadh's interests far better, as an ever-threatening Joe Biden presidency in the U.S. looms in the not-so-distant future.

Moreover, Saudi Arabia has exhausted all means to pressure Qatar, but to no avail. The new understanding between Riyadh and Doha will in the long term benefit the Saudis, who are less isolated as a result.

In addition to Qatar, Turkey was indirectly one of the winners of the Al-Ula summit. One of the demands made by the Saudi-led bloc on Qatar was the closure of the Turkish military base in the country.

Recently, Qatar came out by saying that normalization within the GCC framework would not impact Doha's relationship with Turkey.

Clearly, the Saudis no longer feel that they can pressure Qatar to end their strategic military links with Turkey. This bodes well for the future of Turkish-Qatari ties. While Qatar can once again resume its position in the GCC, it will continue fostering substantial links with Turkey.

This, by virtue, has strengthened Turkey's position within the GCC framework and has legitimized Ankara's role in the Gulf. Turkey's interest in maintaining a strong presence in the Gulf has become one of the tenants of the country's long-term Middle East policy.

While the Saudis were indeed the conceding party in the negotiations, the summit might still be considered a win for MBS and Saudi Arabia. The Saudis have increasingly been isolated in the GCC, even having diverged from the UAE in key foreign policy areas.

When the crown prince embraced Sheikh Tamim on the runway, he got the photo op he was yearning for. Ever since the murder of dissident Saudi journalist Jamal Khashoggi, MBS has been some kind of a pariah in the world. His diplomatic standing and the willingness for foreign leaders to welcome him had been greatly diminished due to his tarnished reputation.

The summit in Al-Ula was an opportunity for Saudi Arabia and its isolated crown prince to change the topic of conversation. Saudi Arabia's ambitious crown prince has fallen short of rehabilitating the country's image. In addition to Khashoggi's murder, Riyadh has had to continue justifying its controversial and costly military campaign in Yemen and also deal with the UAE abandoning their once joined position.

Saudi Arabia is in desperate need of some diplomatic wins. The summit in Al-Ula can be framed as such. While the Saudis are unlikely to join the bandwagon of Gulf nations normalizing ties with Israel any time soon, normalization with Qatar will work to relieve some pressure on Riyadh.

The detente with Qatar will divert some of the negative attention that Riyadh has had to deal with for the time being and will strengthen the Saudi hand as MBS gets ready for the new administration in Washington. It will also likely hasten the rapprochement between Turkey and Saudi Arabia, as Qatar can no longer be considered a thorn in the relationship.

It's not difficult to see that the UAE got the short end of the stick in Al-Ula. The Emirati influence over Saudi foreign policy appears to be waning. While MBS had converged with Abu Dhabi's line in chastising Qatar over its support of popular movements in the region, this appears to have changed. The Saudis have realized that their adopting of the UAE line has been costly and have thus backtracked.

The end of the Gulf crisis deals a blow to the UAE's agenda. It was in Abu Dhabi's interests to see Qatar isolated from the rest of the GCC, as the UAE pursued its own distinct agenda on all accounts.

Both the UAE and Qatar are small yet ambitious states, with the ability to project power well beyond their immediate vicinity.

In Al-Ula the balance has been tilted in favor of Qatar, which can now work with Saudi Arabia, all the while hindering Abu Dhabi's role in the region.

Abu Dhabi will tow the Saudi line and emphasize normalization for now. Yet thorns remain in the relationship between Doha and Abu Dhabi, who are positioned in opposing ends in just about every regional conflict.

A new power dynamic has been ascribed to the region. Saudi Arabia, the elder brother of the Gulf nations, can no longer dictate the course of the bloc. If anything, the summit was a last attempt by Riyadh to assert some sort of primacy within the GCC, which it desperately needs to end the spiral of isolation.

While the Saudis had to rush normalization as a matter of necessity, Qatar and Turkey are strengthened as a result of the Al-Ula summit. The UAE, on the other hand, must acknowledge a changing balance of power in the GCC. The crisis might have ended, but much has changed in the Gulf since 2017, and some of these changes will likely be permanent.