Yemeni children and the silent death 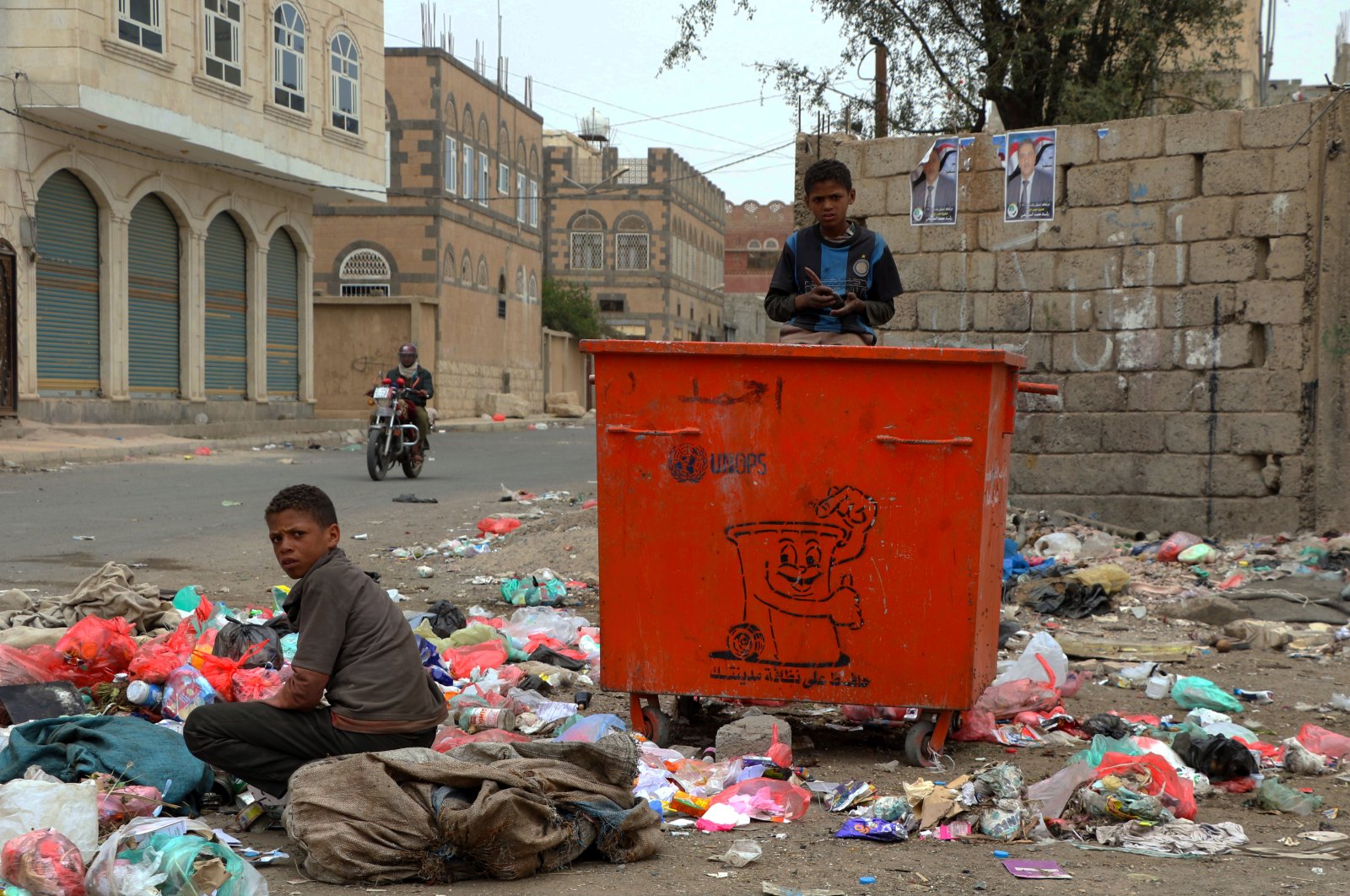 Yemeni mothers are helplessly holding their dying infants and crying silently while the world is watching. This humanitarian scene has been repeated every minute since the catastrophic war began ravaging Yemen for more than five years.

In 2015, Saudi Arabia, the United Arab Emirates (UAE) and their regional and international proxies intervened militarily in Yemen. That involvement was a response to the 2014 coup d’etat executed by the Iranian-backed Houthi militias, who overthrew the legitimate transitional government in the country.

Since then, the coalition has expanded its military involvement far beyond this original mandate and exploited control of the air, causing huge infrastructure damage. Worse, it killed countless civilians and formed militias loyal to its own governments, thus ignoring the legitimate government on whose behalf it claimed to be waging the war.

However, the real victims of this war are innocent civilians and children who have had to face dire conditions which caused what the United Nations describes as the world's worst humanitarian crisis in the poorest country in the Middle East.

As a direct result of the ongoing and often brutal armed conflict during the past five years, children’s lives in Yemen have been torn apart. Children have faced daily challenges to both survive the conflict and access enough food, safe drinking water and basic health care.

The future for those that survive is uncertain as the number of children who are not attending school has more than doubled during the past 12 months and now equates to nearly half of the school-age population.

Many children have also been psychologically scarred and need significant support to recover from their experiences and to be able to live normal, productive lives in the future.

A recent analysis from the Integrated Food Security Phase Classification (IPC), the global standard for gauging food insecurity, revealed that in some areas in Yemen, more than one in four children were acutely malnourished. The acute malnutrition rates among children under 5 years old are the highest ever recorded in parts of southern Yemen.

This new analysis puts the number of children suffering from acute malnutrition this year at 587,573, which is an increase of around 10% since January this year.

Nearly 100,000 children are at risk of death and need urgent treatment.

Although the IPC analysis looked at southern parts of Yemen, a forthcoming analysis of northern areas is expected to show equally concerning trends.

UNICEF spokesperson Marixie Mercado said the most significant increase in southern areas was a 15.5% rise in children with severe acute malnutrition, a condition that leaves children around 10 times more likely to die of diseases such as cholera, diarrhea, malaria or acute respiratory infections, all of which are common in Yemen.

World Food Programme (WFP) spokesperson Tomson Phiri said the IPC forecast showed that by the end of 2020, 40% of the population in the analyzed areas, or about 3.2 million people, would be severely food insecure.

As for the devastating food price increases, Phiri stated: “In fact, food prices have skyrocketed and are now on average 140% higher than pre-conflict averages. For the most vulnerable, even a small increase in food prices is absolutely devastating.”

Some families were being displaced for the third or even the fourth time, he said.

“And each time a family is displaced, their ability to cope, let alone to bounce back, is severely diminished," he said.

Lise Grande, the U.N. resident coordinator and humanitarian coordinator in Yemen, said the U.S. had been warning since July that Yemen was on the brink of a catastrophic food security crisis.

"If the war doesn’t end now, we are nearing an irreversible situation and risk losing an entire generation of Yemen’s young children,” she said in a statement.

As for the response to COVID-19, Yemen has been hampered by limited testing, lack of health care centers and severe shortages of medical supplies and personal protective equipment (PPE).

Scores of health care workers, underpaid or not paid at all and with little or no access to PPEs, have left their posts, forcing even more health centers to close.

Efforts to prevent the coronavirus spread and respond to other urgent health needs in Yemen have been severely hampered by heavy restrictions and obstacles that the authorities have imposed on international aid agencies and humanitarian organizations.

Despite the magnitude of the humanitarian and security crisis, the international response has to date been wholly inadequate both in terms of funding the humanitarian response and pushing for a political solution.

Jens Laerke, the spokesperson for the Office for the Coordination of Humanitarian Affairs (OCHA), told the Geneva briefing that Yemen needed help.

“We have been warning for several months now that Yemen was heading towards a cliff. We are now seeing the first people falling off that cliff," he said.

Laerke underlined: “Those are the children under 5 years of age. One hundred thousand of them are at risk of death, we are told. The world can help by supporting the humanitarian response plan.”

A staggering 80% of Yemen’s population – over 24 million people – require some form of humanitarian assistance and protection, including about 12.2 million children. A total of 230 out of Yemen's 333 districts (69%) are at risk of famine.

Despite a difficult operating environment, humanitarians continue to work across Yemen, responding to the most acute needs. However, funding remains a challenge: As of mid-October, only $1.4 billion of the $3.2 billion needed in 2020 has been received.

The U.N.’s Humanitarian Response Plan was only 56% funded in 2015 while this year it currently sits at just 12% of the $1.8 billion required to provide assistance to 13.6 million people most in need.

The relevant U.N. Security Council (UNSC) resolutions, including No. 2216 (2015) and No. 2266 (2016), have so far failed to persuade the parties to protect civilians and civilian infrastructure in accordance with the laws of war.

Furthermore, influential governments, including some permanent members of the UNSC, have chosen to support military action, often directly through the approval of arms sales and the provision of other military support, instead of using their influence to help find sustainable peace.

The consequences have been devastating for Yemen’s children for whom the situation will only get worse unless meaningful action is taken now to end this devastating conflict.

Today, Yemeni children are suffering from the actions of the regional powers who turned their country into an arena for proxy conflicts that have little to do with the actual needs of the Yemeni people, and the world is watching the worst humanitarian crisis with indifference.

"We see a dramatic degradation of the humanitarian situation," U.N. Secretary-General Antonio Guterres said at a news conference. "And the risk ... of a famine would probably have had no parallel in recent history, except for the famous famine in Ethiopia many decades ago."