‘You have got to change your brand': PKK and its variations 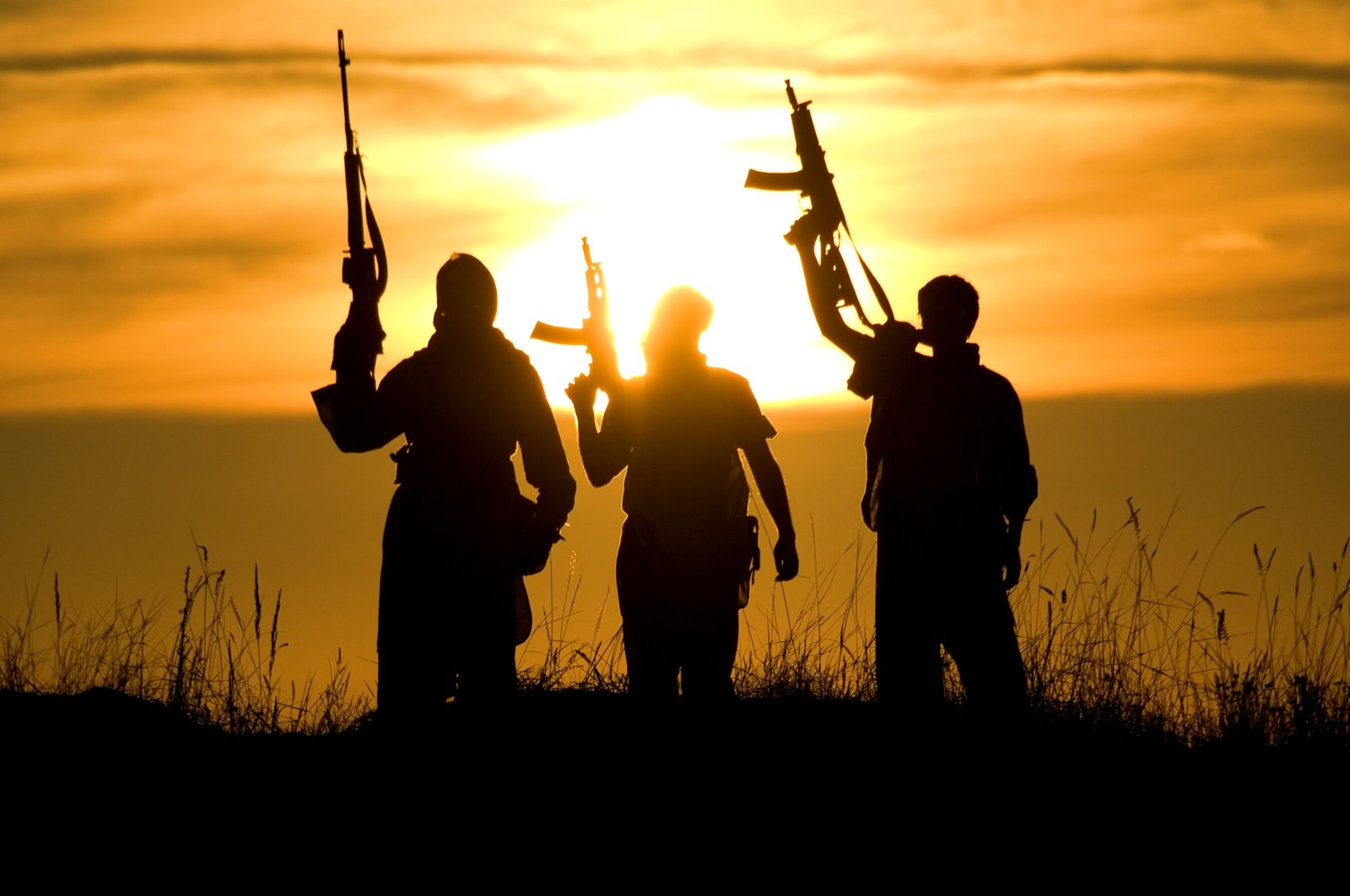 An illustration of silhouettes of several terrorists in a reference to the PKK terrorists. (Photo by Shutterstock)
by Klaus Jurgens Dec 21, 2021 12:05 am

Whatever abbreviations you use to name it, one thing is for sure: The PKK is a bloody terrorist group

Swedish Foreign Minister Ann Linde announced the new development firsthand on her Twitter account on Dec. 10, 2021 at 7:13 p.m. local time, though she did so initially in a somewhat vague statement by saying "Appreciate sincere discussion with SDC’s Ilham Ahmad (one of the ringleaders of the YPG) on the situation in north eastern Syria. Sweden remains active partner."

Ahmed's visit was confirmed not by Ahmed herself but via a photo attached to the above-mentioned tweet; as a matter of fact, Linde had welcomed an entire YPG delegation to Sweden.

Hence, political cards on the table or, who is who? Put differently, the YPG, no matter the abbreviation you choose, equals the PKK!

‘You have got to change your brand’

Is it not all picture perfect? Apparently, a grouping of democratic, modern, human rights defending movements and organizations intent on bringing a better life to the people they claim to represent? Up for the Nobel Peace Prize shortly?

Yet nothing could be further removed from the truth as the person who truly knows about it all went public to inform a puzzled audience about the web of terrorist networks mushrooming in the region. Here we go:

Apologies first for commenting once again on an issue that was discussed on these opinion pages before. Let me try not to repeat previous comments but due to the seriousness of the topic the following simply has to be restated.

During a speech in the United States – Aspen, Colorado – U.S. Army General Raymond Thomas said in 2017 that he himself had suggested a rebranding of the YPG. The reason for this marketing effort was to camouflage its clear links with the PKK. Thomas said that he did so two years before in 2015, just a few days before the YPG intended to unveil their alliance with the Syrian Arabs. He went further by explaining that it was basically worries voiced by Ankara about the identical nature of the PKK and the YPG that had prompted Thomas to come up with his "re-branding."

Here ends the repeat of the previous analysis; please consult the following document to find out all relevant further details published by Reuters on July 22, 2017, titled "U.S. general told Syria’s YPG: You have got to change your brand."

One additional quote suffices to confirm the identical structure and thus aims of the PKK and the YPG; Thomas in his own words said in public "I thought it was a stroke of brilliance to put democracy in there somewhere. But it gave them a little bit of credibility (...) they got to work on their own branding. If they continue to keep linkage to their past product – the PKK linkage specifically – the relationship is fraught with challenges."

Nothing to be added. Except three questions directed at the Swedish government.

Mothers of lured away children

Sweden is a proud nation state many of our esteemed readers will know personally. Its people are hard-working, enterprising, welcoming citizens of a fine country that brought the modern welfare state into our world.

Swedish politicians for many decades have heralded the fight for freedom of oppressed people everywhere and rightly so.

Yet how come, for a number of years now, instead of happily continuing on this laudable path of international relations with modern Turkey, in light of intertwined events in northern Syria, Stockholm not just turns a blind eye but openly sides with the bad guys?

As we have clearly established the link between the PKK and the YPG in the paragraphs above, let us revisit what the PKK actually stands for.

Journalists must rely on facts not fiction, and mothers demonstrating in front of the offices of the Peoples' Democratic Party (HDP) demanding the return of their children most definitely mean facts. Innocent youngsters have been lured by PKK terrorists via a supposedly "democratic" political movement into the mountains to be trained to carry out suicide bombings and other acts of terrorism. As the outlawed PKK cannot distribute leaflets by itself, they are using the HDP for this heinous purpose.

On top of it all, there were past contacts between the Swedish government and the HDP. Fiction? Once more, not at all. All this is documented by comments and at times even photos proudly showing off Linde with HDP representatives.

Hence, to summarize this brief analysis, here are two questions written in the form of an abridged open letter to Linde.

If I may, dear Madam Swedish foreign minister, you are so outspoken about human rights violations in many other parts of our world, and everyone would applaud you for your courageous stance. Why would you not accept that the PKK is a terrorist group not only threatening the territorial integrity of Turkey but able to strike at any minute – God forbid – on your very own soil as terrorists know no borders?

Dear Madam, have you not heard about the grieving mothers in front of HDP offices in the southeastern region of Turkey; why not travel there on a future visit and speak with them in person?

International solidarity is a hallmark of Swedish foreign policies over the past decades. But discreetly overlooking the fact that branches of the outlawed PKK, no matter in whose territory, are no old pensioners club members assembling to drink tea but hardcore killers assembling to bring anarchy and murder to the region does not make sense when look at the context of past Swedish foreign policies.