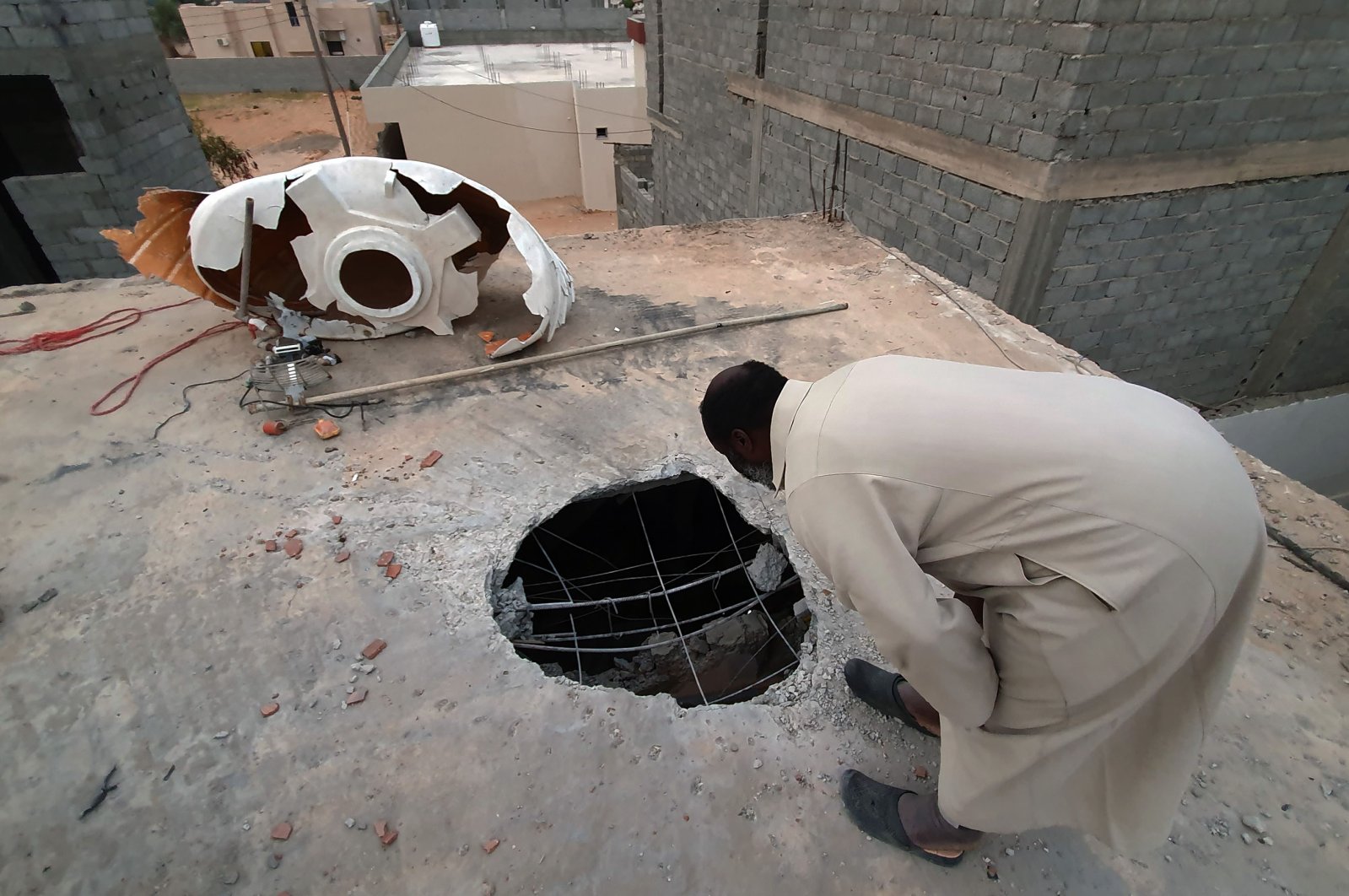 One child was killed and three others were injured early Thursday in an attack by militias loyal to putschist Gen. Khalifa Haftar on civilian settlements in Libya's capital.

The militias targeted homes in Tripoli with Grad missiles, the United Nations-recognized Government of National Accord (GNA) said in a statement.

A 5-year-old child was killed and his siblings aged 2, 7 and 9 were injured, the statement said.

Since the ousting of late ruler Moammar Gadhafi in 2011, two seats of power have emerged in Libya: Haftar in eastern Libya, supported by Egypt and the United Arab Emirates, and the GNA in Tripoli, which enjoys U.N. and international recognition.

On Wednesday, GNA reported that its forces conducted airstrikes on militants loyal to Haftar.

GNA military spokesman Mohammed Qanunu issued a brief statement on the developments at Al-Watiya air base in western Libya.

Al-Watiya is regarded as one of the most important air bases in the country and is second only to Mitiga International Airport near Tripoli. Haftar forces captured the air base in August 2014. He and his illegally armed forces in eastern Libya used it as his headquarters for western operations.

On April 3, airstrikes were carried out on Al-Watiya, which was mostly under the control of Haftar's militants. The operation destroyed three of Haftar's Su-22 fighter jets and many heavy weapons and facilities.

The damage caused by the operation played a key role in the GNA gaining air superiority in western regions of the country.

The GNA has declared a 10-day curfew starting Friday to fight the coronavirus at a news conference on Wednesday in the capital Tripoli. During the conference, the Supreme Committee for Combating COVID-19 said all vegetable and meat markets will be closed, but bakeries and some shops will remain open to meet people's needs.

Pedestrians will be allowed to go out between 8 a.m. and 2 p.m. local time, provided they are wearing masks.

Since emerging last December in Wuhan, China, the virus has infected more than 2 million people worldwide and claimed over 133,000 lives, according to figures compiled by U.S.-based Johns Hopkins University. More than 510,000 people have recovered.
Tunisia reiterates support for GNA

Kais Saied said in a phone call with the head of the GNA Presidential Council, Fayez al-Sarraj, that any statement that "contradicts the official Tunisian position should not disturb the strong and profound relations between the two brotherly countries," according to a statement by al-Sarraj's office.

Saied reiterated Tunisia's support for the GNA, "the only legitimate government in Libya."

"Tunisia rejects foreign interventions in the Libyan affairs, and it is time for these interventions to stop, and give the Libyans the opportunity to solve their problems and live in peace," Saied said.

He expressed his "confidence in the government's (GNA) ability to extend its powers over the entire Libyan territory," according to the statement.

For his part, al-Sarraj said: "The Libyans will never forget the positive attitudes of the brothers in Tunisia."

Also, the Tunisian presidency in a statement said Saied told al-Sarraj that "Tunisia adheres to, and will continue to adhere to, legitimacy, because the law is the reference and is the basis."

He reaffirmed that a solution in Libya "can only be among Libyans and expresses the will of the Libyan people alone, who are sovereign, and decide their fate themselves free from all foreign interference."