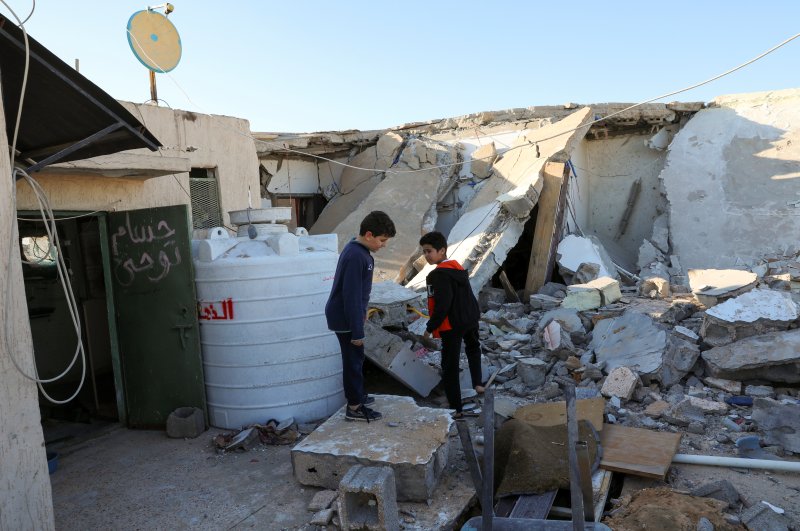 Another child was killed in shelling conducted by forces loyal to the warlord Khalifa Haftar as negotiations for a peaceful solution in the country continue, raising doubt about the possibility of a truce

One child was killed when militia forces loyal to putschist Khalifa Haftar launched a rocket attack in the Libyan capital Tripoli, a local source said early Monday, curbing hopes for a peace process in the conflict-ridden country as diplomatic talks seem to remain inconclusive as well.

A 10-year-old child was killed and four of his family members were wounded when a rocket struck their home, according to Libya's Panorama TV channel.

In a statement earlier this week, the U.N.-recognized Government of National Accord (GNA) Health Ministry said 21 civilians were killed, including women and children, and 31 injured in attacks by Haftar's militias from Jan. 9 to Feb. 20.

The attack is another violation by Haftar's forces of the outcomes of the Berlin Conference which called for a permanent cease-fire in the war-torn country.

Just two days before this attack, two children were killed and two others injured when forces loyal to warlord Haftar targeted a school compound in the capital Tripoli, according to the U.N.-recognized government.

As of November, the fighting, which is concentrated in the southern suburbs of Tripoli, had killed over 200 civilians, injured over 300, and displaced over 120,000. Moreover, according to the United Nations Children’s Fund, as of June 21 schools were being used as shelters for displaced persons in and around Tripoli, while the violence had led to the suspension of school for 122,088 children.

The GNA, on the other side, announced Sunday that it killed 23 Haftar militia in southern Tripoli. The GNA captured four of Haftar's forces alive while repulsing the attack, Mustafa al-Mujie, the spokesman for the GNA-led Burkan Al-Ghadab (Volcano of Rage) Operation, Anadolu Agency (AA) said.

The internationally recognized GNA has been under attack by Haftar's forces since last April, with more than 1,000 lives lost in the violence and displaced more than 300,000 civilians.

The U.N.–brokered diplomatic dialogues initiated to find a political and peaceful solution to the nine-year conflict in Libya, on the other side seems to remain inconclusive as the latest round of talks ended without any result.

The airport and many other areas were shelled on Friday, he said after three days of political talks in Geneva that were marred by the absence of various delegates.

"In fact, it could have almost been the breakdown of the truce," he told reporters.

Three tracks in the application of the Berlin conclusion and of Resolution 2510 were determined. The first one, the Economic and Financial track continues and its next meeting is planned to be held March 15th. The second military one ended last week, at the end of the military track, also called the 5 + 5 track, the Mission has put together a draft proposal for the two sides to take home and show it to their principals.

The third track, the political track started on Feb. 26 and remained without a result.

“Everything was agreed, the principals and the individuals invited, and everybody was coming. We were surprised the day the meeting was supposed to start that some people had to leave because they were asked to,” Salame said last Friday.

“I would like to say that the country in the past 24 hours had seen has witnessed a very serious violation of the truce. It is clear that neither one of the three tracks can move positively while the cannon is doing what it is doing right now,” he added.

Protracted armed clashes have left scores of thousands displaced inside Libya and interrupted access to basic services such as healthcare and electricity. Militias and armed groups harass and persecute civilians with impunity, and carry out arbitrary detention, torture, unlawful killings, indiscriminate attacks, disappearances, seizure of property and forced displacement, according to Human Rights Watch.

Since the ousting of late ruler Moammar Gadhafi in 2011, two seats of power have emerged in Libya: Haftar in eastern Libya, supported mainly by Egypt and the UAE, and the GNA in Tripoli, which enjoys U.N. and international recognition.