1,000 migrants in Greek camps to be moved to hotels to curtail coronavirus 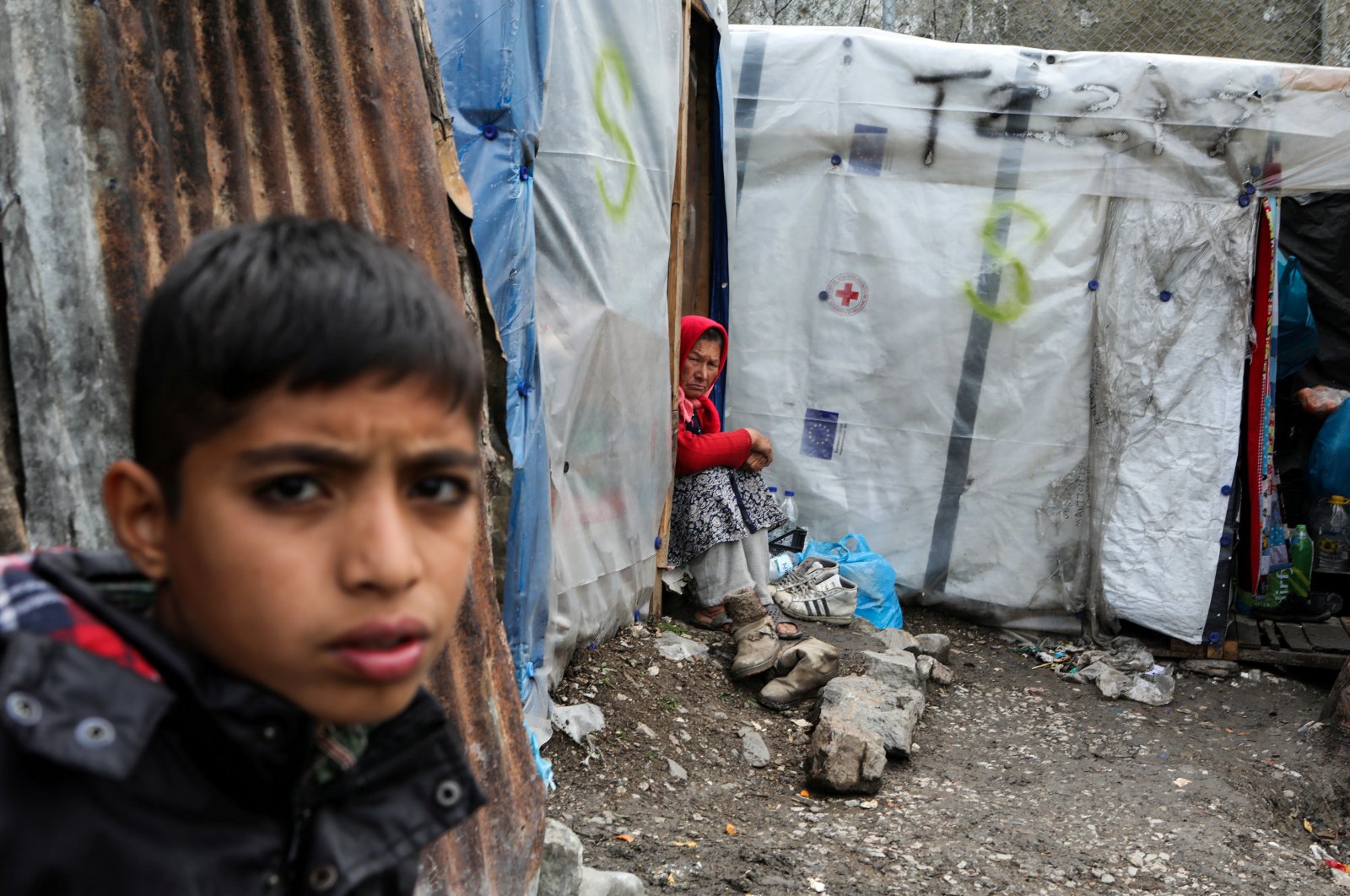 Migrants at a makeshift camp for refugees and migrants next to the Moria camp on the island of Lesbos, Greece April 02, 2020. (REUTERS Photo)
by DAILY SABAH Apr 14, 2020 6:01 pm
Edited By Dilara Aslan

Some 1,000 vulnerable refugees previously settled in overcrowded camps on the Greek islands are being moved to hotels temporarily due to the dangers posed by the novel coronavirus, the European Union's Interior Commissioner Ylva Johansson said on Tuesday.

The migrants are to be moved from camps on Lesbos and other islands to be housed in vacant hotels, Johansson wrote on Twitter, thanking the U.N. Refugee Agency, International Organization for Migration, Greek government and EU Commission for their efforts in making the move possible. She also praised the generosity of the Greek people.

"EU values in practice, even in such trying times," Johansson wrote in her tweet.

Some were transferred to vacant hotels on the islands and the mainland on Tuesday, while the others are due to follow on Wednesday, a European spokesman said.

Amid the epidemic, politicians and nongovernmental organizations have repeatedly called for the camps to be cleared completely, given the overcrowding and poor hygiene conditions. Although there is officially only space for 7,000 in the camps on Lesbos, Samos, Kos, Leros and Chios, they presently house some 40,000 migrants.