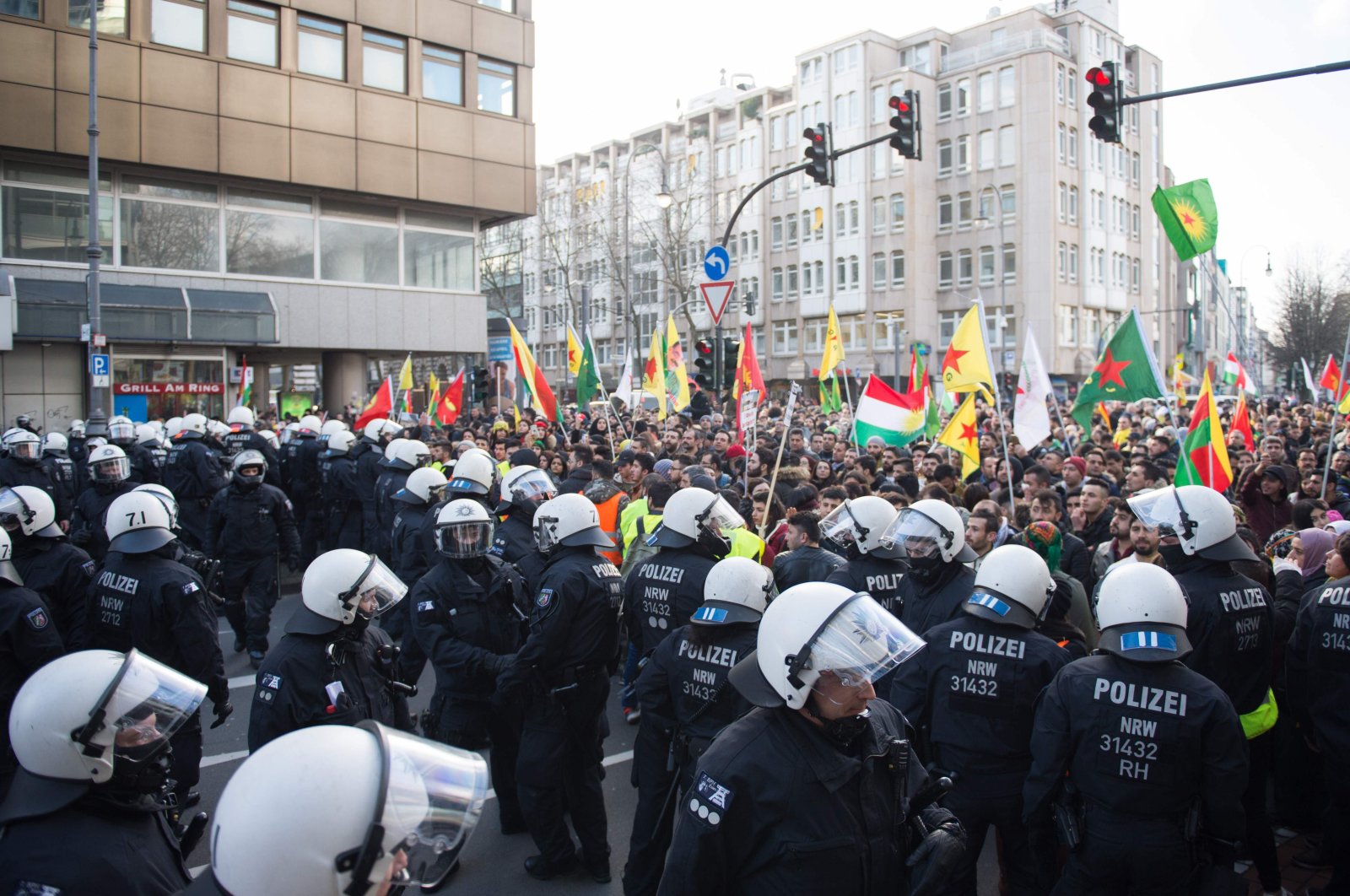 Some 135 foreign fighters who joined the PKK terrorist group and took part in armed conflicts in Syria and Iraq have returned to Germany, according to a recent intelligence report released Thursday.

Germany's domestic intelligence agency, the Office for the Protection of the Constitution (BfV), warned in its annual report that the PKK remains the largest foreign extremist group in the country, and its followers can carry out violent attacks if they receive instructions from the group leaders abroad.

Since 2013, at least 270 foreign fighters from Germany traveled to northern Syria and Iraq where they received military training from the PKK terrorist group and took part in armed attacks in the region and in southeastern Turkey, according to the report.

"At least 23 of them died in the battle zones. Nearly 135 of them returned to Germany in the meantime," the report said, without giving any further details about the foreign fighters having returned.

According to the BfV, the PKK set up new cover organizations in Germany last year to continue its recruitment, propaganda and fundraising activities.

It had nearly 14,500 followers among the country's Kurdish immigrant population and raised an estimated 16 million euros ($18.1 million) in Germany in various campaigns last year, the report noted.

The report said “Parts of the German left-wing extremist scene show solidarity with the Kurdish efforts towards autonomy in general and in particular with the banned" PKK, including solidarity with its Syrian branches, the PYD, YPG and YPJ.

The PKK, which is classified as an "ethno-nationalist" and "separatist" terrorist organization by the European Union's law enforcement agency EUROPOL, has been banned in Germany since 1993.

Turkey has long urged German authorities to take more serious measures against the PKK's activities in the country.

The PKK has waged a terror campaign against Turkey for more than 35 years and has been responsible for the deaths of nearly 40,000 people, including women and children.

Despite its status as a designated international terrorist organization, the PKK has enjoyed relative freedom in European cities and has a particularly strong presence in Germany. PKK supporters have been allowed to hold rallies, recruit militants and collect funds in Germany, which is home to some 5 million people with Turkish origin, including Kurds. The PKK is still active, with nearly 14,000 followers among the country's Kurdish immigrant population.

The report also gave examples of wide-ranging demonstrations of the terrorist organization in the country and Europe such as the Feb. 16, 2019, demonstration in France’s Strasbourg on the 20th anniversary of PKK leader Abdullah Öcalan’s arrest with 7,000 participants, including a large number from Germany, and the March 23, 2019, central rally for the traditional Kurdish New Year, "Newroz," under the motto "Let's break isolation, overthrow fascism and liberate Kurdistan” that took place in Frankfurt am Main with 25,000 participants. Another mentioned rally demanded the freedom of Öcalan on Sept. 21, 2019, in the Dutch city of Maastricht with 7,000 participants, most coming from Germany.