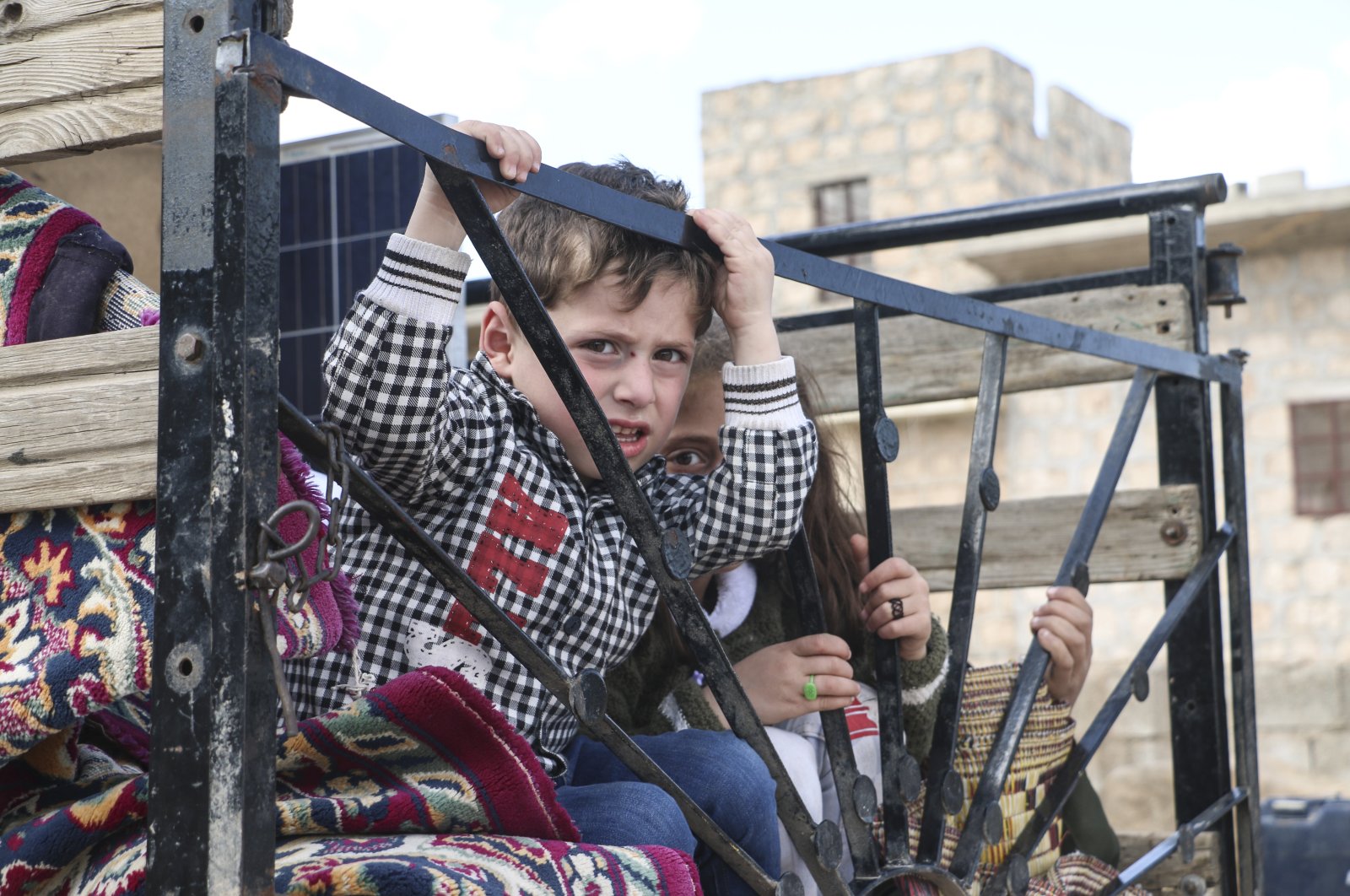 Nearly 37,000 families have returned to Idlib city and its nearby rural areas, and the Aleppo countryside since the ceasefire.
by Anadolu Agency Apr 21, 2020 1:57 pm
RECOMMENDED

As many as 185,000 displaced Syrians have returned to their homes in Idlib, northwestern Syria, since Turkey and Russia agreed on a new cease-fire in the region last month, an official said.

Around 1 million Syrians were displaced from the province when the Assad regime and its allies launched an offensive in November 2019.

Speaking to Anadolu Agency (AA) on Tuesday, Muhammad Hallaj, the director of Syria's Response Coordination Group, said that many of the displaced Syrians returned to their homes immediately after the cease-fire.

Nearly 37,000 families have returned to Idlib city and its nearby rural areas, and the Aleppo countryside, he added.

The director called on NGOs to increase their aid activities for the safe return of civilians, adding that he expected more people to go back if the cease-fire continued.

President Recep Tayyip Erdoğan and his Russian counterpart Vladimir Putin agreed on March 5 to a new truce in Idlib to end hostilities and attacks on civilians.

The protocol urged parties to "cease all military actions along the line of contact in the Idlib de-escalation area starting from 00.01 (2101GMT) of March 6, 2020."

Syria has been ravaged by a civil war since early 2011 when the regime cracked down on pro-democracy protesters.

Hundreds of thousands of people have been killed and more than 10 million remain displaced, according to U.N. estimates.

Idlib, which is home to over 3 million people and falls under the de-escalation zone, has been the subject of multiple cease-fire agreements over the years but the deals have been frequently violated by Syrian forces and their allies.

Turkey hosts more than 3.7 million refugees, more than any country in the world.