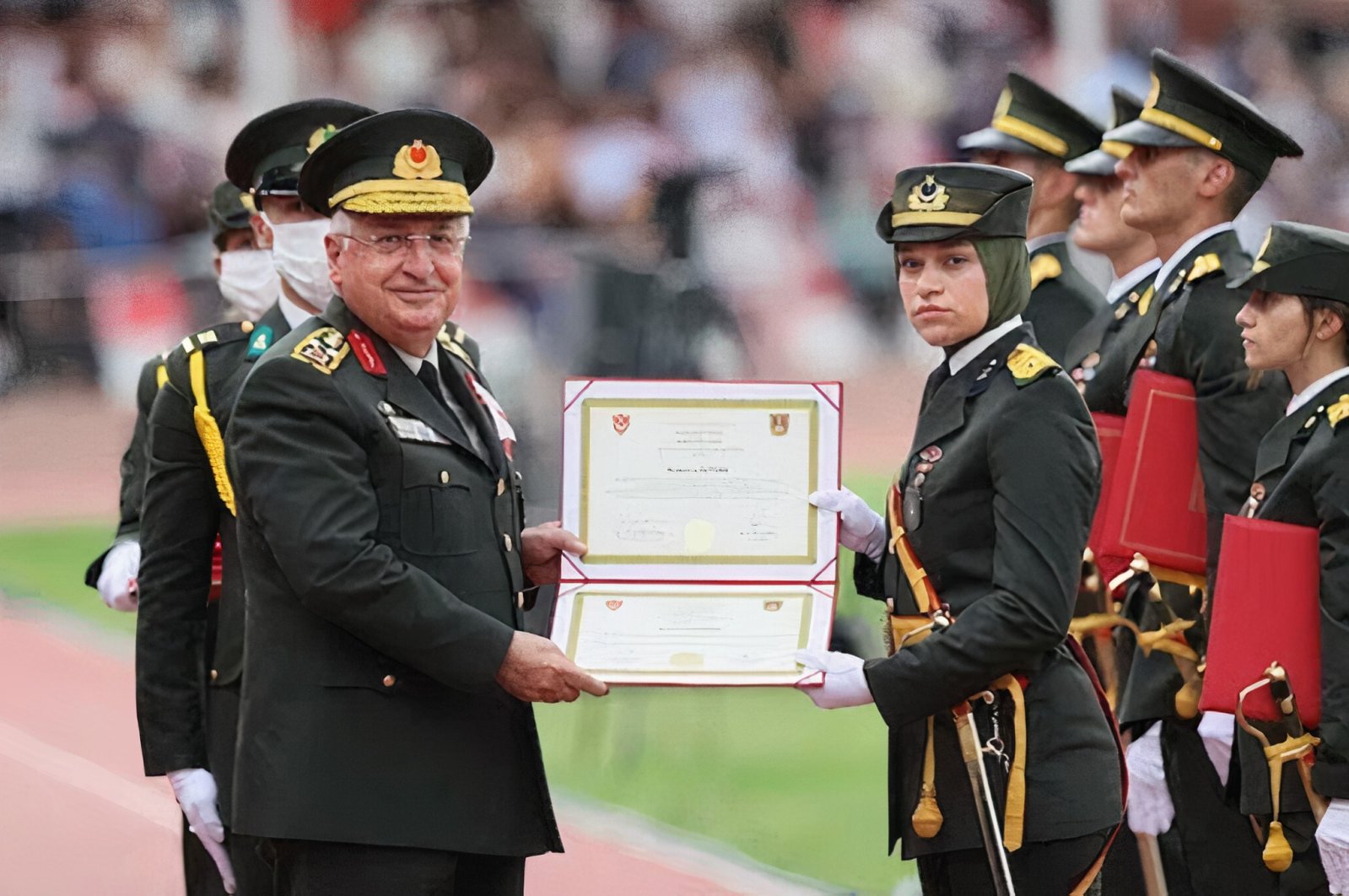 Müberra Öztürk has become the first headscarf-wearing woman to graduate from the Turkish Military Academy, after receiving her diploma at a ceremony in Istanbul Tuesday.

The Chief of Staff Gen. Yaşar Güler presented Lt. Öztürk her diploma during the ceremony.

Lt. Öztürk successfully completed her training, graduating with the fifth-highest average among her classmates.

In a landmark move in 2017, the Turkish Armed Forces (TSK) removed the headscarf ban for female officers, noncommissioned officers and cadets.

The ruling Justice and Development Party (AK Party) had initially attempted to remove the headscarf ban in 2007 and necessary constitutional amendments were made in 2010 to completely lift the ban at universities and at government offices in 2013. In 2015, the removal of the ban was extended to the judiciary and to the police force in 2016.