2 children killed by YPG/PKK mine in northern Syria 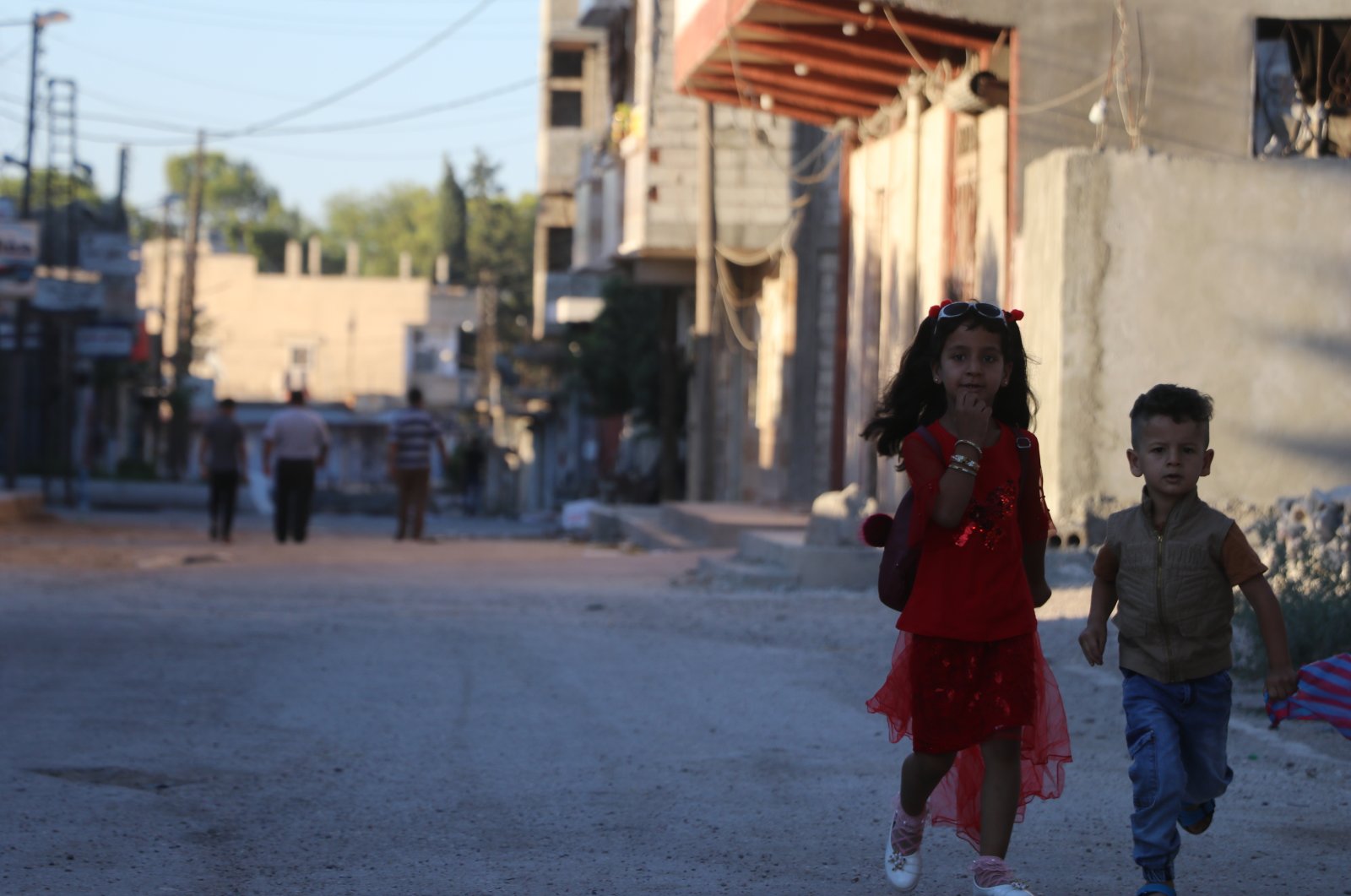 In this file photo, children run in a street in an area cleared of terrorists in Turkey's Operation Peace Spring in northern Syria, July 31, 2020. (AA Photo)
by Anadolu Agency Aug 02, 2020 7:22 pm
RECOMMENDED

At least two children have been killed in a mine blast in northern Syria, Turkey's National Defense Ministry said in a statement late Sunday.

"The PKK/YPG terrorist organization once again showed its treacherous face. 2 innocent children lost their lives as a result of the explosion of a mine laid by terrorists on the road used by civilians in Hafiyah village of Tal Abyad," the ministry said on Twitter.

Tal Abyad was cleared of terrorists last October during Turkey's Operation Peace Spring, which was launched to eliminate YPG/PKK terrorists in the region east of the Euphrates River to secure Turkey's borders, aid in the safe return of Syrian refugees and ensure Syria's territorial integrity.

Since then, Turkey has reached agreements with both the U.S. and Russia to force the terrorist group to withdraw from the planned terror-free zone.

However, the YPG/PKK still carries out attacks in the districts of Tal Abyad and Ras al-Ain despite pulling out of areas under a deal reached by Ankara and Washington on Oct. 17.

Turkey continues its counterterrorism operations against the PKK and its Syrian branch, the YPG. The Defense Ministry said Sunday that 10 PKK terrorists had been killed over the past 24 hours.

"Our operations will continue until the last terrorist is neutralized," it added.

Turkish authorities often use the term "neutralized" to imply the terrorists in question surrendered or were killed or captured.