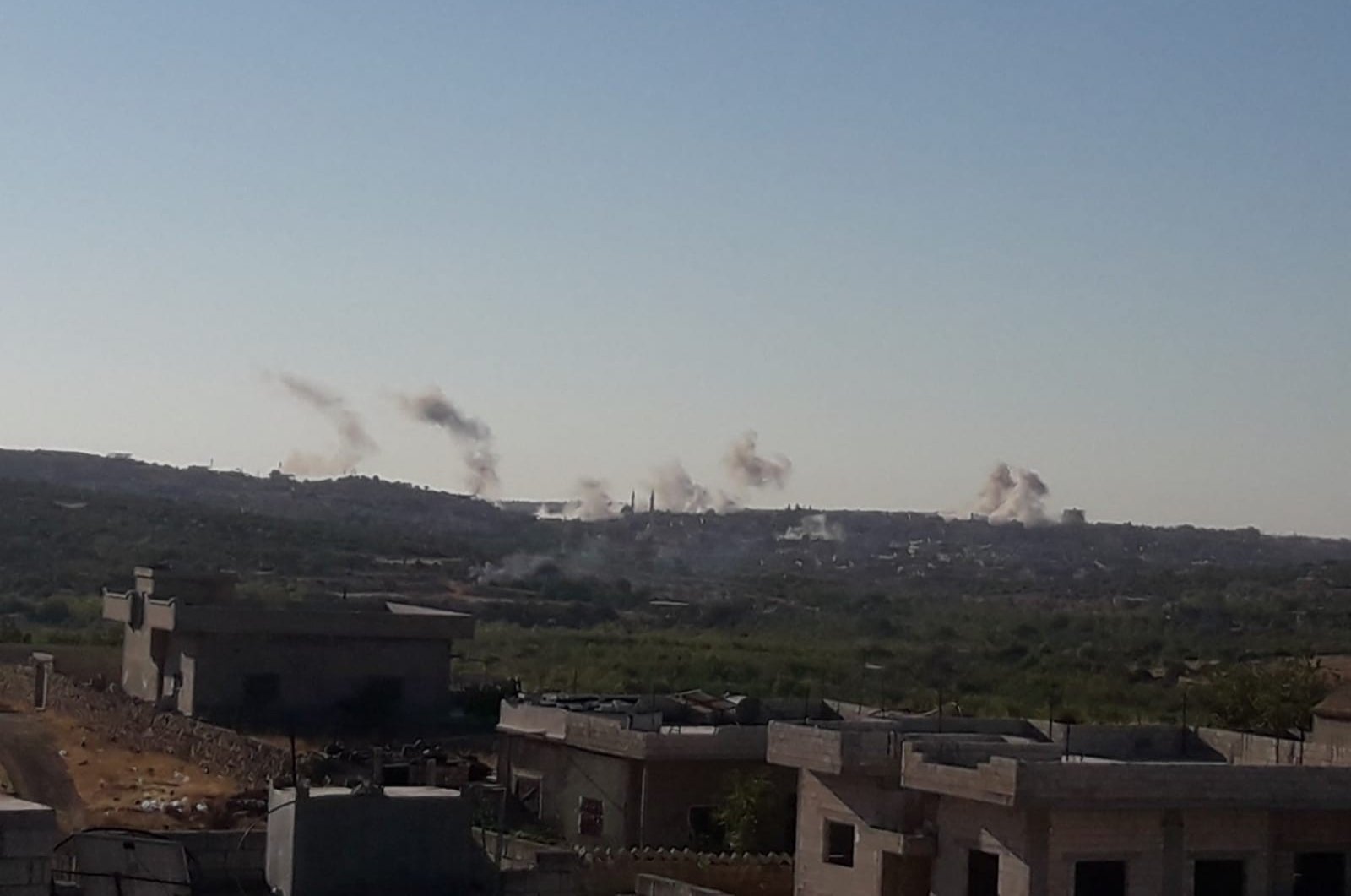 Two civilians were killed on Thursday during attacks by Bashar Assad regime forces targeting residential areas in the southern parts of Idlib province in northwestern Syria.

The regime forces hit Fattira village with missiles, striking and killing the two civilians, according to local sources.

The Assad regime and Iran-backed allied militias continue to deploy their forces near Idlib, according to reports by locals. In the last three months, more than 2,000 military units were dispatched to the region.

In June, Russian jets carried out the first airstrikes in Idlib since the deal brokered in March between Russia, which backs Assad’s forces, and Turkey, which supports moderate opposition fighters.

There was no immediate comment from Moscow nor from the Syrian regime army which accuses militant groups of wrecking the deal and denies any indiscriminate attacks on civilians.

Russia said last week that the joint military patrols in Idlib, carried out along the M4 highway linking Syria's east and west, had been suspended over increasing militant attacks in the area.

The March deal ended a Russian-backed bombing campaign that had displaced over 1 million people in the region which borders Turkey after months of fighting that killed hundreds of people.

The deal addresses Turkey's main concerns, stopping a flow of refugees and preventing the deaths of more Turkish soldiers on the ground. As part of the agreement, Turkish and Russian forces have been carrying out joint patrols along the M4 highway and established a security corridor on either side of it. The first patrols took place on March 15.

Since April 2018, attacks on the last opposition stronghold have dramatically intensified and caused new waves of refugees to move toward the Turkish border, putting Turkey, which already hosts over 3.5 million Syrians, into a difficult position.

As a result, Turkey, which has the second-largest army in the NATO alliance, has funneled troops and equipment into the region to stop the Syrian regime's advance and to avoid a fresh wave of refugees. Currently, Turkish soldiers are stationed in the region to protect the local population and oppose terrorist groups.

Moscow has established a major presence in Syria, where its airforce and military bases across the country have allowed Assad in recent years to defeat opposition which rose up against his authoritarian rule.