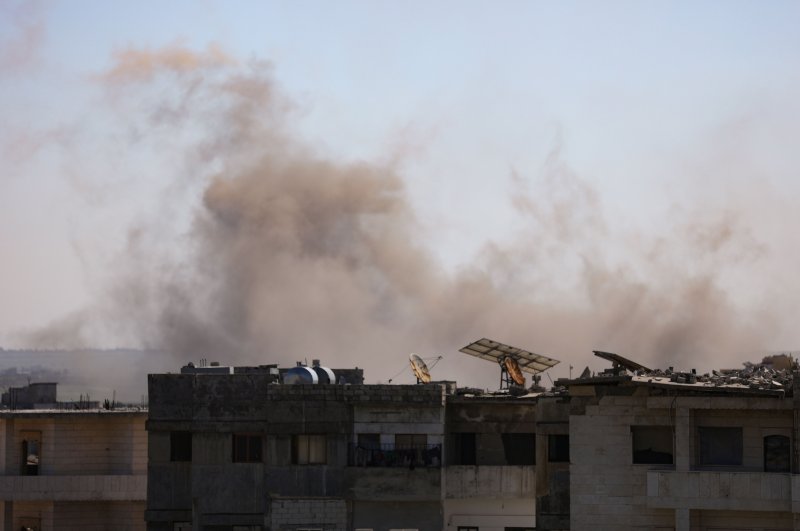 Smoke billows above the rebel-controlled town of Binnish near the regime-controlled town of Saraqeb, east of the Idlib province in northwestern Syria, Feb. 26, 2020, during airstrikes carried out by pro-regime forces. (AFP Photo)
by DAILY SABAH Feb 27, 2020 12:23 am

Two Turkish soldiers were killed and two others wounded in an airstrike in northwestern Syria's Idlib, the Defense Minister said late Wednesday.

The statement added that the Turkish forces retaliated and destroyed several Assad regime targets in the area. The soldiers were stationed in Idlib to monitor the cease-fire.

Idlib, near Turkey's southern border, falls within a de-escalation zone laid out in a deal between Turkey and Russia in late 2018.

The Syrian regime and its allies, however, have consistently broken the terms of the cease-fire, launching frequent attacks inside the territory where acts of aggression are expressly prohibited.

Idlib is home to some 3 million people, many of them displaced from other parts of Syria in earlier bouts of violence. Some 1 million refugees have moved towards the Turkish border in recent months, fleeing attacks by the Assad regime and its allies which caused a desperate humanitarian situation.