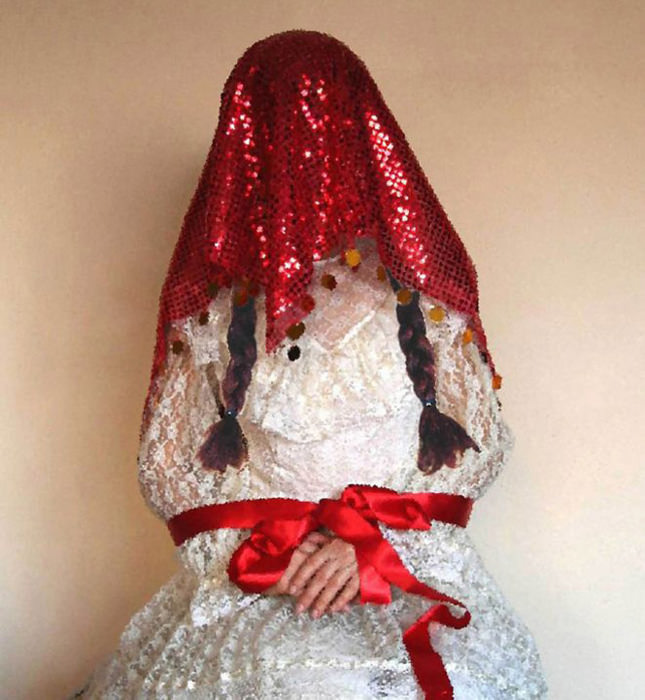 Accordıng to statistics, a total of 17,000 teens under the age of 15 gave birth between 2001 and 2012 in Turkey. Barely past their childhood, these girls are overburdened with the heavy responsibilities of motherhood as well as being a wife.Though the number of preteen mothers has been declining in the recent years, the problem still persists.
The issue of "child brides" and "child mothers" once again made the headlines following the death of 14 year old Kader Erten. Erten was married at the age of 12 and gave birth at 13. She was found shot dead at her home in Siirt, a province in southeastern Turkey. These young girls who should have been in school like their peers are forcefully married through bridal exchange and arranged marriages and become mothers when they should be playing with their dolls.
According to statistics by the Turkish Statistical Institute (TUIK), 17,648 children aged under 15 gave birth between 2001 and 2012 with 4,312 of them from southeastern Turkish provinces. 1,031 preteen mothers gave birth in Diyarbakir between the same years, while this number was 940 in Sanliurfa. 412,923 teenagers aged 15-17 gave birth in Turkey with 242,836 from southeastern Turkey. Between 2008 and 2012, 695,782 girls aged 16-19 were engaged in civil marriage.

Professor Ahmet Yalinkaya from the Faculty of Medicine Department of Obstetrics and Gynecology at Dicle University, said that it is more common to see teenage mothers aged 15-17 in comparison to those aged 13-14. Yalinkaya noted that since pregnant mothers in this age group have not yet completed their biological, physiological and anatomical development, pregnancy affected them negatively. "They don't know how to handle it. They have no life experience. Hence, they suffer.

A complication such as the toxemia of pregnancy is common in these girls," he said. Professor Yalinkaya also noted that families of young mothers, afraid of legal problems due to illegal marriages, did not allow them to deliver the baby at the hospital and childbirths performed at home posed risks. He said pregnancies before the age of 20 and after the age of 30 may cause problems and emphasized the danger of pregnancy for teens. Professor Remzi Oto from the Faculty of Medicine Department of Psychiatry at Dicle University, said early marriages were "a societal and social tragedy," noting that females who married at an early age faced great challenges.
Oto said they conducted a study on 300 women in early marriages, adding that early marriages lead to a lifetime of psychological disorders in women. Oto reported that they interviewed women aged between 40- 45 for the study: "They trembled and cried upon remembering the day they got married. Some of them were already receiving psychiatric treatment. Besides psychological disorders, they also suffer from other diseases. These children were abused by their families. This whole process is one in which families abuse their children. Marriages before the age of fifteen in particular, pose serious problems. This should be prevented.

Legislation alone cannot prevent it. Tougher measures should be introduced. This problem is mostly prevalent in impoverished areas. We need to raise awareness among families on this matter. There should be a hotline for these child brides. They should be able to report their complaints. Their teachers should investigate when these girls drop out of school. These few simple steps may not solve the problem but it certainly should help in reducing the number of cases." Meanwhile, the government is preparing a package of measures geared to tackle the issue of child brides, child victims of violence and children forced to commit crimes.

Turkey's first "Child Information Center" will be established under the leadership of the Ministry of Family and Social Policies, Ministry of National Education and Ministry of Health. The center will maintain a database of children under the age of 18 exposed to "risk" due to various reasons including migration, poverty, absenteeism,suffering from violence.
Last Update: Feb 26, 2014 10:46 am
RELATED TOPICS