CHP set to face post-election turmoil as the tension rises 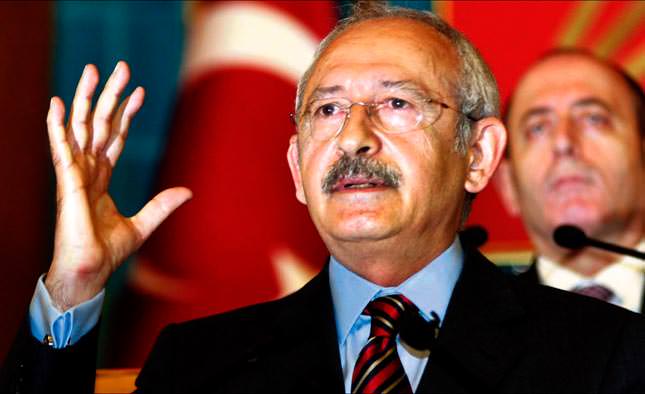 Behind the smokescreen of this election season, trouble is brewing within the opposition Republican People's Party (CHP). It all began when the party made an aggressive move to persuade popular political figures to run as candidates in Ankara and Istanbul, where incumbents have repeatedly won elections for the AK Party. Last November, the CHP reached a deal with Mansur Yavas, who finished third in the 2009 elections as a Nationalist Movement Party (MHP) candidate.

The following month, CHP's executive board re-admitted former CHP politician and three-term Şişli mayor Mustafa Sarıgül to the party. Currently, both politicians are campaigning as part of an uphill battle to deliver a decisive blow to seemingly invincible incumbents: two-term Istanbul mayor Kadir Topbaş and four-term Ankara mayor Melih Gökçek.
Despite relative calm within the party in the lead-up to the March 30 local election, competing cliques contemplate ways to gain the upper hand if things do not go as planned.

Since the rise of Kemal Kılıçdaroğlu, a retired bureaucrat who took over as CHP leader in 2010 after his predecessor resigned over a sex tape scandal, Republican hardliners have complained about the new leadership's perceived willingness to trade party values such as secularism and nationalism for pragmatism; something that proponents of the outreach strategy believe is necessary to win elections. As the main opposition party reached its final decision about Istanbul and Ankara nominations, renowned hardliners, minority whip Muharrem İnce and Deputy Chairman Gürsel Tekin, were pushed aside.

Although İnce disapproved of the decision in private, Tekin and his supporters have been quite vocal about Sarıgül's nomination.
Early salvos were launched last winter when the Republican leadership began to court independent Mustafa Sarıgül for a potential mayoral run in March 2014. Having lost considerable influence in Istanbul over the past few years and concerned about the rise of yet another competitor, Tekin's supporters launched a pre-emptive attack on Sarıgül through proxy websites in what proved to be a futile attempt to strong-arm the party administration into reconsidering their plans about the Istanbul nomination.

Accusations against Sarıgül varied from corruption to him enjoying close relations with Prime Minister Recep Tayyip Erdoğan. Simply put, the hardliners portrayed the outcast as a genuine threat to the party's ways.

Despite negative reactions from Republican hardliners, Mayor Sarıgül drove a tough bargain with the CHP leadership not only to secure the limelight as the opposition's final hope against the AK Party leviathan but also to make room for thousands of his loyal supporters throughout the party. Having thus established a strong foundation for a potential bid for CHP leadership, Sarıgül might be a likely challenger if things go south in upcoming local elections and the presidential race this summer. Similarly, Republican hardliners might make a move to reclaim the party's top office in an attempt to reverse a visible pattern toward the middle ground.

A potential blunder in the ballot box, coupled with the CHP's alarming lack of a viable candidate in the presidential race, might mean that the Republicans find themselves tangled in yet another series of intra-party rivalries and power struggles - a common feature in the party's long history that typically works to wear the opposition down instead of promoting growth.