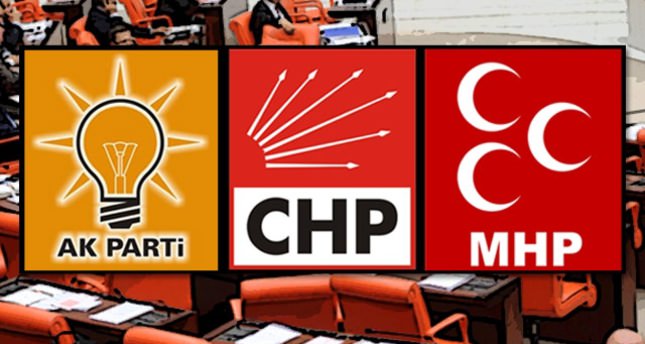 Local elections scheduled for March 30 will show no major changes from the previous ones, with AK Party winning in Istanbul and Ankara, and opposition CHP in Izmir, according to several polls.

Polls conducted by several research institutions indicated denizens of Turkey's major cities of Istanbul, Ankara, and Izmir will vote similarly to previous elections on March 30. Polling shows the Justice and Development Party (AK Party) will be the victor in Istanbul and Ankara, while the Republican People's Party (CHP) is expected to win in Izmir despite the candidacy of AK Party's former Minister of Transport, Maritime Affairs and Communications Binali Yıldırım. GENAR Research Institution's President İhsan Aktaş said percentages are expected to remain stable as the country did not face an economic crisis. He added the AK Party government did not lose any support despite the Gezi Park protests of June 2013 and the Dec. 17 operations. According to GENAR's most recent polls, the AK Party is expected to receive 48.8 percent of the vote while the CHP is expected to receive 28 percent nationwide. The two other opposition parties, the Nationalist Movement Party (MHP) and Peace and Democracy Party (BDP), are expected to obtain 13 percent and 6.5 percent respectively.
Mehmet Murat Pösteki, director of the Objective Research Center (ORC), echoed Aktaş's analysis that the vote will not change except in a few cities due to local issues. Öztekin too expects the AK Party will win in Istanbul and Ankara, while the CHP will get the largest portion of the votes in Izmir.
He added that electorates vote based on the evaluation of parties according to concrete contributions and performance such as transportation services. "The runners will not change in the two large cities as Istanbul's mayor Kadir Topbaş and Ankara's mayor Melih Gökçek seem successful,"
Öztekin said. "Izmir's case seems unique as the internal CHP rivalry continues.
But if AK Party wins, we will still consider it as a surprise," he said. Öztekin stressed that the Dec. 17 operations and Gezi Park incidents may not alter elections results as a serious economic crisis was not in question.
He also put the emphasis on candidates' personal charisma and gave Diyarbakır as an example. He noted the current mayor of Diyarbakır, Osman Baydemir, a member of the BDP, is Şanlıurfa's candidate. The change increased the AK Party's votes in Diyarbakır while decreasing that in Şanlıurfa. According to OCR's research, the AK Party will receive 45.3 percent of the vote in Istanbul while CHP will receive 38 percent. In Ankara, the AK Party is likely to get 47.6 percent while the CHP is expected to receive 34.1 percent. OCR found the voting margin in Izmir marginal, with the CHP garnering 42.3 percent of the vote and the AK Party receiving 38.1 percent.
Okan Zirekbilek from Denge Research Centre emphasized the Gezi Park incidents and the Dec 17 operations should be evaluated separately. He mentioned the AK Party's votes were not affected following the Gezi Park incidents, but they slightly decreased after the Dec. 17 operations from 49.9 percent to 47 percent. This decrease, according to Zirekbilek, could be "periodical" and not due entirely to Dec. 17. Zirekbilek also touched on the AK Party's situation in Izmir, saying the governing party was expected to lose in Izmir but their efforts were successful as evident upward trend in AK Party votes.