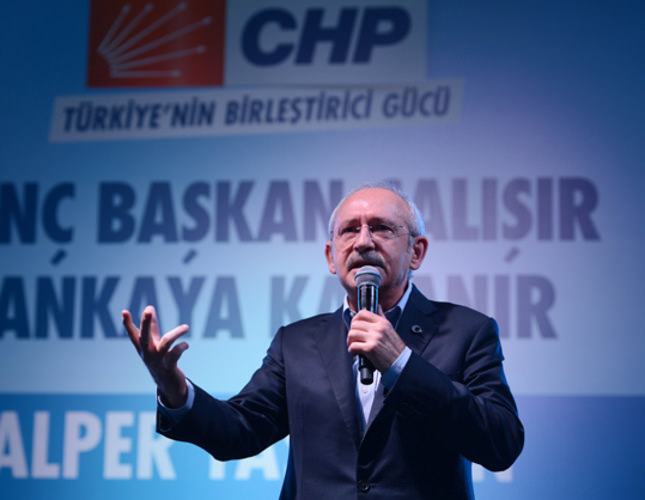 Republican People's Party (CHP) leader Kemal Kılıçdaroğlu will officially declare the start of his party's local election campaigns on Feb. 28., when he is expected to hold his first rally in Çanakkale.

Kılıçdaroğlu is scheduled to hold as many as 49 rallies between the start of the campaign season and local elections on March 30. The cities that Kılıçdaroğlu will visit include Niğde, Kayseri, Çorum, Amasya, Sinop, Bolu, Düzce, Karabük, Bartın, Zonguldak, Kocaeli, Sakarya, Aydın, Muğla, Tokat, Sivas, Gaziantep, İzmir and Antalya.

It is reported that he will not hold rallies cities in predominantly Kurdish southeast. In previous election campaigns, CHP held no rallies in the region due to historical grievances stemming from discriminatory policies on the part of past CHP governments against Turkey's Kurdish community.