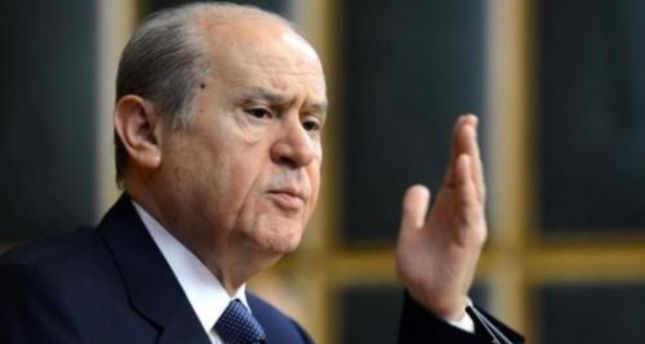 by Feb 26, 2014 12:00 am
Devlet Bahçeli, the leader of Turkey's Nationalist Movement Party (MHP), addressed crowds at an election campaign meeting in Bilecik for the upcoming local elections on March 30.

Heavily criticizing the government, he touched upon a number of issues, including unemployment, referring to it as a social ill. He claimed unemployment will bring social and psychological problems, and to resolve the issue the government must make serious investments and provide jobs.

He also claimed there was a serious lack of public order and justice in the country, which threatens the foundations of the state. Lastly, he encouraged everyone to head to the polls and cast their votes on March 30.