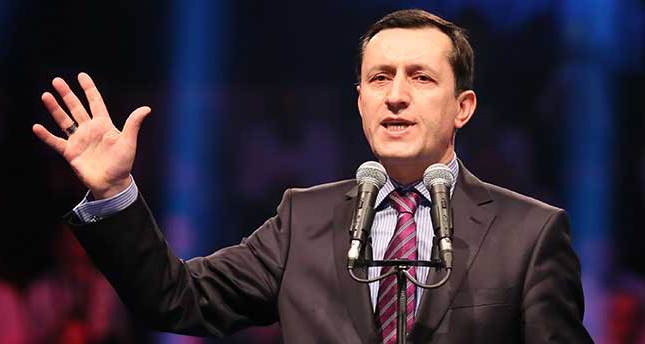 by Feb 26, 2014 12:00 am
Turkey's Deputy Prime Minister Emrullah İşler calls it a first in the region that reflects Turkey's commitment to development cooperation in Africa.
Turkey will open the first specialized research hospital in South Darfur, Sudan on Friday, as part of its development aid efforts in the African continent, Deputy Prime Minister Emrullah İşler said.
On Monday, İşler participated in the opening ceremony of the facility, described as a modern hospital which is unique in the region together with Health Minister Mehmet Müezzinoğlu. "I think it is a very good service that reflects Turkey's standing in the country and the larger region," İşler said.
Turkish Prime Minister Recep Tayyip Erdoğan ordered the establishment of the hospital in a 2006 visit to Darfur, he said.
The works for the hospital began in 2010 after a tender was submitted by the Turkish Cooperation and Development Agency (TİKA), and was completed in 2012.The Sudan-Turkey Training and Research Hospital has 31 polyclinics established within an 11,000 square-meter indoor space. It has biochemistry, microbiology and pathology laboratories as well as a blood bank and a Radiology center.
The Radiology center is equipped with advanced imaging devices - two conventional MR machines, one for mammography, and one for tomography and five for ultrasound treatment. Turkish and Sudanese Health Ministries inked an operations deal last year to run the hospital jointly for five years. The establishment aims to provide reliable, sustainable and high-quality health services to people in the region, as well as training 50 Sudanese health workers every year.
Turkey has increased its development aid efforts over the last decade, with aid rising from US$85 million in 2002 to over US$1.25 billion in 2012. TIKA has 35 branches around the world and runs operations in 110 countries.
Last year, Turkey was the fourth largest donor of humanitarian aid among nation states, according to Global Humanitarian Assistance Report 2013 by Londonbased anti-poverty organization, Development Initiatives. The country ranked third among the "most generous" country behind Luxembourg and Sweden, giving 0.13 percent of its gross national income in aid.