Wiretapping scandal to be investigated 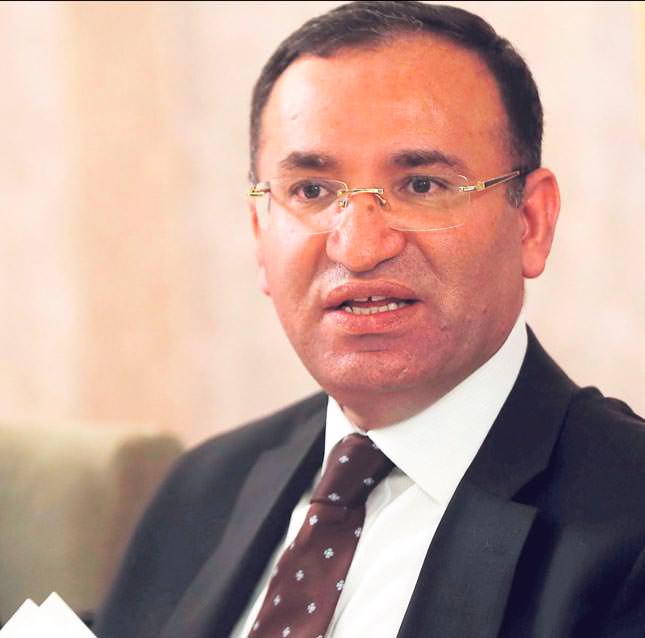 Justice Minister Bekir Bozdağ addressed criticism of legislation introduced to alter the Supreme Board of Judges and Prosecutors (HSYK), saying the changes are in line with both the Constitution and EU practices.

There has been a statement on that," he said. "Unfortunately not only in Turkey, but in other countries as well there have been actions to smear people to violate their rights to attack their public image and these are illegal and dishonourable actions."
The justice minister also added Erdoğan is not new to the world and the Turkish public.

He lived his whole life in the public eye, so much so that the Turkish people know the details of his life and personality. He condemned the dirty slanders in the past to discredit the prime minister.

President Abdullah Gül recently approved the judiciary legislation restructuring the country`s top judicial board, which oversees the affairs of judges and prosecutors on Wednesday. Gül signed into law the HSYK legislation and said that the Constitutional Court will review the controversial points.

The Republican People's Party (CHP) applied to the top court for the annulment of a controversial judicial bill hours after it was approved by Gül. "I met with the president when the bill was discussed and he shared with us some suggestions in terms of the constitution," said the justice minister.

According to the minister, there have been changes in the bill in line with the president's suggestions and after the amendments the law contains not a single article contradicting the constitution. He added that the new law is not against the principles and changes accepted in 2010 referendum.

Regarding whether the law is in line with EU practices, he said, "The Supreme Board of Judges and Prosecutors is not specific to Turkey alone; many European countries have similar boards. In some European countries members are appointed by the head of state, such as the president or kings, despite the fact they are not elected.

Not only in this aspect, also for other practices I can clearly say that the HSYK bill is in line with EU practices and does not violate European values."The HSYK will be responsible for the appointment, promotion and dismissal of judges and prosecutors and for investigating judicial personnel subject to accusations of wrongdoing.

The government-sponsored bill was one of the hot topics during Erdoğan's visit to Brussels on Jan. 21, where the Turkish premier met with key European officials to speed up his country's accession process. Prior to the visit, EU officials repeatedly expressed their expectation that the proposed change would not call into question Turkey's commitment to the Copenhagen criteria.

The European leadership also shared their concerns over judicial reform with Erdoğan, who later said "70 percent of the EU's concerns had been addressed."

A senior official from the Ministry of Justice, however, said a number of European countries allow their legislative bodies to appoint the majority of members in similar judicial institutions.

For instance in Portugal, the parliament and president elect members of the Supreme Board, whereas in Poland and Italy only judges and prosecutors are elected by the parliament.

Likewise, in Sweden the government appoints all members and the president of the board. In Spain, members of the supreme board are selected by the king from among the candidates nominated by the parliament and senate.

France: High Judicial Council is composed of 22 members. The president, speaker of the assembly and president of the senate have the right to appoint a total of six members to the council.

Portugal: The high council has 15 members.
The president elects two members and the parliament elects seven of them.

Sweden: The government appoints all 11 members of the high council.

Italy: The parliament selects eight members of the high council from a total number of 27.

The Netherlands: All five members of the high council are nominated by the minister of justice and appointed by the king.

Spain: Apart from the president of the council, all 21 members are nominated by the senate and appointed by the king.