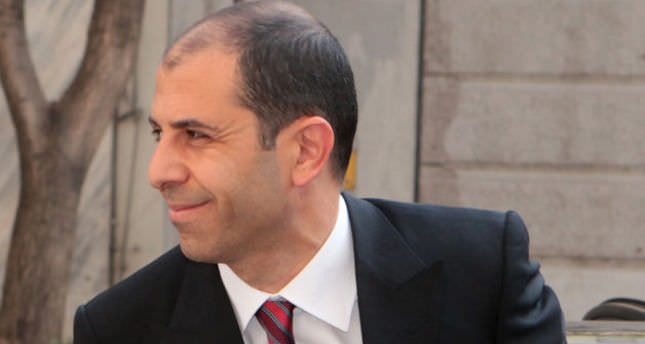 by Feb 28, 2014 12:00 am
Stalled peace talks between Turkish and Greek Cypriots resumed by means of the cross talks to establish a tangible peace resolution between the two countries. Under the leadership of Turkey's Minister of Foreign Affairs Ahmet Davutoğlu, the Greek Cypriot negotiator Andreas Mavroyannis came to Ankara.

In the meantime, Turkish Cypriot negotiator Kudret Özersay went to Athens to meet with the secretary general of the Greek Ministry of Foreign Affairs, Anastassis Mitsialisile, marking a first such exchange after 55 years. The main aim of the meetings was to reach a resolution that will work in everyone's favor. "Let's not miss the opportunity," both sides emphasized.

According to information obtained from diplomatic sources, the negotiator from the Ministry of Foreign Affairs, Feridun Sinirlioğlu said the cross talks symbolized an unprecedented opportunity to reach a resolution in the island and claimed both Turkey and Northern Cyprus have a strong and determined political will. Underlining the fact that the Turkish side came to the negotiating table without preconditions, Sinirlioğlu demanded the Greek side do the same and noted Turkey is willing to open its airports and harbors if a permanent resolution is reached. Touching upon the energy resources of the island, Sinirlioğlu stated it would be possible to sell the gas to Europe through a pipeline that runs through Turkey.

During the cross talks, Turkey approved a bill to provide Northern Cyprus with a low-interest credit loan worth $500 million. The first repayment of the loan will start three years from the date loan is withdrawn. The loan will be paid in 14 equal payments in 10 years. Turkish Cypriot officials said they will be using the loan for infrastructure projects in the island to strengthen the Turkish side.

These recent developments proved once again that Turkey is a key player in the region to ease the long lasting political turmoil in the eastern Mediterranean. The fact that both countries accepted representatives from states that they do not recognize is a considerable step toward a permanent resolution.

Both sides left the meetings with a positive view and were pleased about the developments.