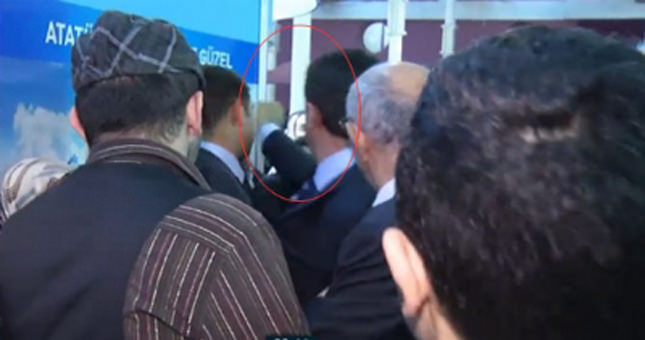 Istanbul (Daily Sabah) Sarıgül, while making sarcastic remarks about AK Party and Prime Minister Recep Tayyip Erdoğan, was interrupted and began getting protested by the crowd in Feshane, Istanbul.

Sarıgül was forced to step down from the podium and was not able to finish his speech.

While making his way to the exit door, Sarıgül got into an altercation with a citizen who was protesting and ended by punching the person.

Like a scene from the movie Anger Management Sarıgül clearly could not control himself, yet again.

A video captured by a cameraman clearly shows Sarıgül striking the person.