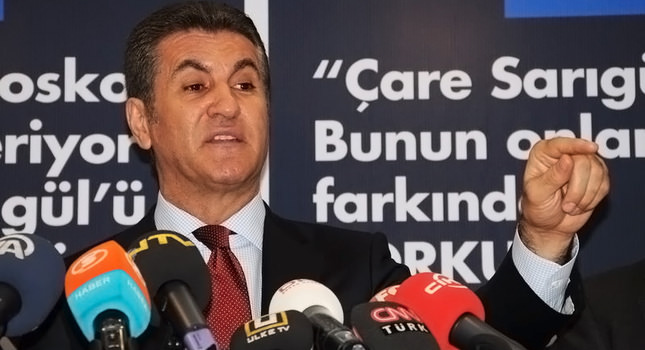 Details of Mustafa Sarıgül running for Istanbul Mayor attacking a citizen, for provoking CHP supporters during his rally for upcoming elections

During Sarıgül's rally, a group of people supporting the ruling AK Party began chanting "Recep Tayyip Erdoğan," prompting Sarıgül to cut short his rally. As Sarıgül left the platform and moved toward to the exit, he punched an AK Party supporter who heckled him.

During an interview with Sabah newspaper, Mustafa Suver who was the person Sarıgül punched remarked on Sunday's event. He said, "When the CHP supporters chanted 'Prime Minister Sarıgül, thief Tayyip,' I reacted and a pro-CHP lady cursed me. 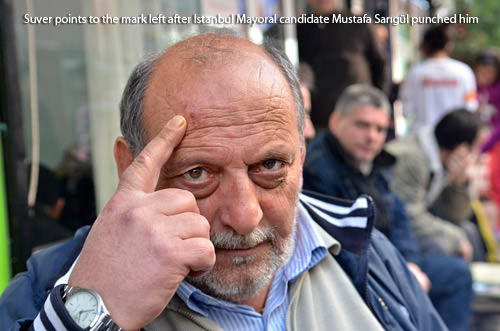 "As he came face to face with Sarıgül at the exit, Suver said, "Your leader, Kemal Kılıçdaroğlu, called you a thief once, but now you are attacking the prime minister during your speeches." He said Sarıgül pushed him through the platform and punched him.

Noting that he would file a criminal complaint against Sarıgül, Suver said "He could be mayor, maybe a successful one, but I assume that his biggest success would be in the boxing ring if he wanted to punch people that much. He cannot even stand a person's criticism, how is he supposed to be the Istanbul Municipality's next mayor? I did not curse him, let alone touch him. "Suver alleged that after Sarıgül punched him, his bodyguards also assaulted him with Sarıgül's permission.

Tensions not only escalated after Sarıgül's rally but also during his speech. Sarıgül reprimanded a citizen who did not applaud him. "Don't just stand there, either join the chant or get out of my sight. I do not want unexcited people here," he said.

Sarıgül also asserted in the rally that certain people had tried to provoke CHP supporters. Sarıgül said, "I ask you not to get involved in these kinds of provocations, because only the ill thinkers are aggressive, but the strong ones stay calm."

Referring to the AK Party, he said it had caused a stir because of his mayoral candidacy. While Sarıgül has struggled with internal rivalry in the CHP ahead of the upcoming March 30 local elections, another piece of bad news came from the court that Sarıgül's
application was denied for the removal of an injunction on his assets.

The Saving Deposit Insurance Fund (TMSF) confiscated Sarıgül's assets due to a bank debt of $3.5 million that has not been repaid in 16 years. The daily Akşam reported that the court came to the decision on behalf of the TMSF, which confiscated Sarıgül and his nine partners' assets.

The TMSF allegedly presented the documents of the loan taken by Sarıgül and his partners in 1988. While Sarıgül and his partners have the right to appeal the court's decision, critics stated that the chances are slim that the court will overturn the decision since the ocuments presented by the TMSF are signed originals.Internal rivalry within the CHP began when Mustafa Sarıgül and former CHP leader and current Antalya parliament member Deniz Baykal had a dispute, which resulted in Sarıgül's resignation in 2004 after ccusations of corruption and abuse of authority.

The rivalry flared-up again when Sarıgül was nominated CHP's Istanbul etropolitan Municipality candidate for the upcoming local election.In 2005 when the rivalry between Baykal and Sarıgül was at ts peak, a supporter of Baykal for Istanbul's Bakırköy Province Mayor, Ateş Ünal Erzen, was attacked by Sarıgül at a CHP onference. Beaten by Sarıgül, Erzen said after the attack that politics required common sense and responsibility, and he thought Sarıgül as mentally depressed.