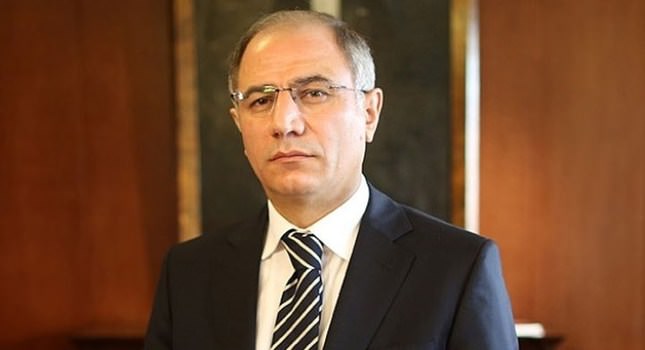 by Mar 04, 2014 12:00 am
Istanbul (Daily Sabah) - Speaking to the daily Yeni Safak, Interior Minister Efkan Ala urged those who supported the parallel organization of the Gülen Movement to refrain from standing behind the organization's illegal actions. He said no government official has misused their authority as much as the movement's followers who infiltrated the police and judiciary.

Referring to the Gülen Movement's wiretapping scandal, Ala said the illegitimate wiretapping scandal is a coup attempt and an attack on the political stability and national will of Turkey. "If measures had not been taken, a desperate situation would have sparked regarding Turkey's future.

The wiretapping list is obvious proof that those attempts would have possibly come to fruition," the interior minister said.When asked what measures will be taken against the wiretapping scandal, Ala said an investigation had been launched to find those responsible for the illegal actions and decide what needed to be done.

In response to statements that the wiretapping was done legally in line with Turkey's Counterterrorism Law, he said, "I served in most of the country's districts; I know what terror means. Politicians, businessmen, artists, religious authorities and groups, and even the wives of those people have been wiretapped.

The authority given to certain governmental officials to prevent and reveal crimes has been misused." He described the wiretapping scandal as a plot of the Gülen Movement to establish another cyber movement in itself.

Stating that Turkey's citizens trusted the AK Party to uphold democracy, Ala noted that the ruling AK Party facilitated Turkey's transformatıon into a democratic country by taking into consideration the Copenhagen, EU criteria and standards of developed countries. He harshly criticized the movement, saying "There is a kind of spirit against us, which is the spirit of a coup. They infiltrated certain governmental bodies to prevent Turkey's transformation into a democratic state, and they aim to continue bureaucratic rule in the country."