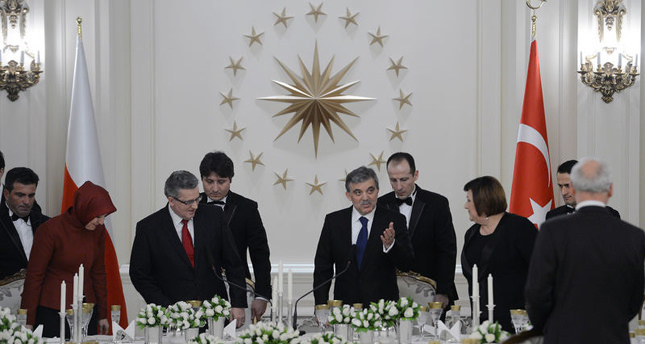 Turkish President Abdullah Gül has expressed hope that the 600th anniversary of Polish and Turkish relations will be a role model.

Ankara - Turkey's president has expressed hope that the 600th anniversary of Polish-Turkish relations will be a role model of peace and stability. President Abdullah Gül and Polish President Bronislaw Komorowski attended the closing session of a symposium on the occasion of the 600th anniversary of the founding of Polish-Turkish diplomatic relations in Turkey's capital, Ankara.

"Turkish-Polish relations have always been strong and are still continuing very strongly," he said. "We will inaugurate an exhibition at Istanbul's Sakip Sabanci Museum to build better awareness of our relations." Gul said Komorowski and himself had been through all the dimensions of Turkish-Polish relations during their talks. "We are working in close cooperation on various fields and our relations with Poland will have multiple layers in the coming years... Turkey wants to double its $5 billion trade volume with Poland," he added.