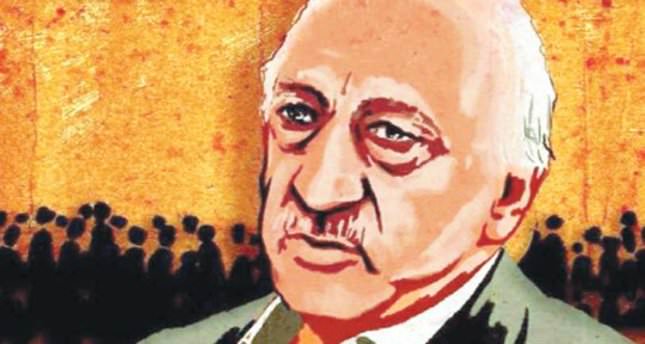 by daily sabah Mar 07, 2014 12:00 am
Istanbul - The Azeri government has taken action against the activities of the Gülen Movement, recently under fire at home for its infiltration of the Turkish government and its illegal use of wiretaps to tarnish the reputation of the government.

According to letters written to Fethullah Gülen by Enver Özeren, head of the Gülen Movement schools in Azerbaijan, the movement set up its own cadres in public offices there. It is alleged that the movement is attempting to exercise influence over public institutions through infiltration. The movement was put under close scrutiny by the Azeri government following the Dec. 17 operations in Turkey.

The government of Azerbaijan took action against the infiltration by putting 11 schools and 13 prep schools under new management. Educational institutions, including the Çağ-Kafkas University in Baku, were transferred to the State Oil Company of Azerbaijan Republic (SOCAR).

The movement has also been scrutinized by the governments of Russia, Germany and Uzbekistan. The Russian counterintelligence agency previously conducted an operation against the movement during which they arrested a total of 12 people and seized 40 prohibited publications. More than 20 followers were deported from Russia between 2002 and 2004 and the Russian Federal Security Service (FSB) claims the movement collects intelligence for foreign states.

All activities of the movement were subsequently banned by Russia's Supreme Court in 2008. In Germany's Baden-Wurttemberg province, the Office for the Protection of the Constitution issued a report stating schools and organizations affiliated with the Gülen Movement were anti-democratic and posed a threat to the German constitution. The movement had more than 15 schools in Uzbekistan prior to 2001 when they were shut down on the grounds that the movement was allegedly attempting to interfere in the domestic policies of the country.

The Gülen Movement is a transnational movement and has over 140 private schools throughout the world, including the United States, Europe, Asia, and Africa.