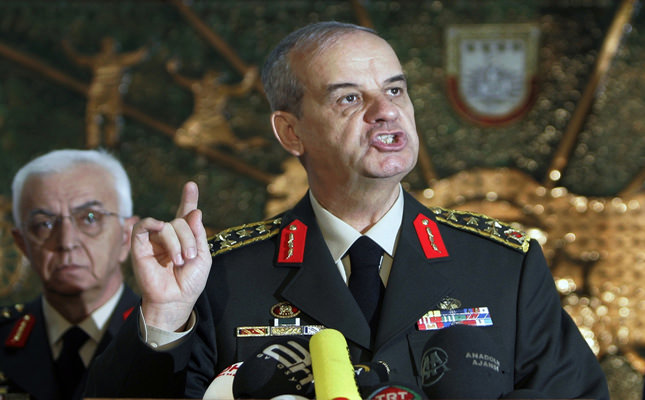 Found guilty of "leading a terrorist organization" by judges and prosecutors linked to the Gülen Movement, former Chief of the General Staff İlker Başbuğ's protestations are finally vindicated

Istanbul - Turkey's former Chief of General Staff İlker Başbuğ, who was serving a life sentence at Silivri Prison, was released yesterday. Başbuğ was convicted on charges of "establishing and leading a terrorist organization" and "attempting to destroy the Turkish government or to completely or partially prevent its operation" as part of what is known as the Ergenekon trials.

The Supreme Court of Appeals stated that Başbuğ's conviction violated the 19th article of the Constitution and ordered the local court to revise it. Başbuğ's lawyer, İlkay Sezer, appealed the court for the release of his client. The court decided to release Başbuğ as his conviction was baseless.

In his interview on Wednesday with prominent journalist Mehmet Barlas, Başbuğ said that he disapproved of the plots against the government and said that military interventions damaged Turkey throughout its history. He added that some groups, referring to the Gülen Movement, portrayed him as a member of a group aiming to topple the government.

Başbuğ's case was carried out by prosecutor Zekeriya Öz, who is a well-known Gülenist and one of the main actors of the Dec. 17 operations orchestrated by the movement against the government. Minister of Justice Bekir Bozdağ said that the recent regulations on judiciary allow redemption from baseless convictions. "About 150 people may take advantage of the new law," said Bozdağ.

Additionally, he said that he views the ruling as a significant and appropriate decision and stressed the importance of the protection of personal security.