'Parallel State' in the Ottoman Empire 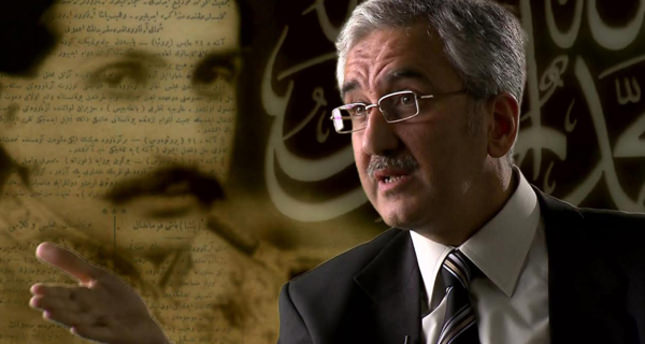 Marmara University faculty member, Professor Ekrem Buğra Ekinci made striking remarks regarding the ‘parallel structure’ within the Ottoman Empire that led to Sultan Abdulhamid’s deposition on a televised show hosted by Can Okanar

Istanbul - Abdulhamid II is a true Tanzimat (reform) era sultan. He equipped the nation with railways and highways. He is the reason that every town has a middle school and no metropolitan city is deprived of high schools. Everything that is currently up and running, universities – for instance, Istanbul University which is one of Turkey's most prominent – are all his contributions. These are never mentioned. While the nation was on the brink of collapse, he was the one who kept it standing for 30 years.

When during the Russo-Turkish War the Russians came all the way to Yeşilköy in Istanbul, he signed a treaty with them, averting unrest in the best way possible. Yet despite his intelligence network and firm hand in government, he lost his throne after three decades in power.
The Young Turk Revolution that was supported by the Germans led to the start of the Second Constitutional Era. Back then there was a parallel structure within the Ottoman Empire. Soldiers and civil servants were all members of the [reformist] Committee of Union and Progress. When Abdulhamid sent a telegraph to the Governor of Manastir (now Bitolj in Macedonia) to enquire the gravity of the situation, the response was, "All civil servants, military officers, everybody except me, are with the reformists…"

His government had collapsed. While the power of a sultan is one thing, the power of a parallel structure within the state, the Committee of Union and Progress, is something else. The 1876 Constitution was restored with Sultan Abdulhamid and former parliamentarians representing the people once again. However, the Sultan's power was curtailed, turning him into a parliamentary monarchy similar to his European counterparts. It was a democratic experience for the Ottoman state.

The declaration of the Constitutional Era is also a day of celebration for the press as censorship was lifted the following day. Back then, censorship was imposed on newspapers; they would go through censorship before going to print. The censorship committee was composed of scholarly individuals, academics. They would remove news and articles that may provoke the people and instill ideas in them that are regarded dangerous. To be on the safe side, the censors had gone so far as to add a couple other restrictions to those already stipulated by the sultan. Censorship had become ridiculous, which is why the abolishment was welcomed. The press is liberal, it can't be censored.

The rate of literacy was at its peak during the era of Sultan Abdulhamid II. Another unknown fact is that there were too many newspapers in circulation. Writing degrading and debasing articles on Abdulhamid and drawing caricatures of him had become an everyday ritual for the press. If that weren't enough, [degrading] "Stingy Hamid" plays were put on stage. Up until then, Abdulhamid, who had made great contributions to both world politics and Turks through the caliphate political system, was loved by the people. It only took nine months of defamation by the press for Sultan Abdulhamid to fall out of grace with the people.