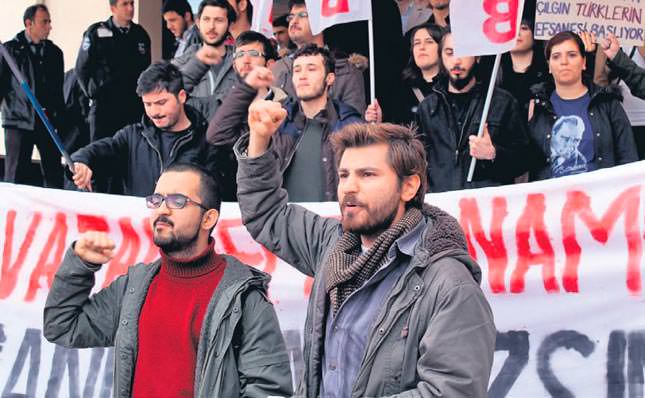 Despite Turkish democracy's various imperfections, the general population and international observers alike describe the country's elections as free and fair

Throughout the years, the ballot box has consistently ranked high up in Turkish citizens' list of most trusted institutions. In five parliamentary elections since 1995, the average turnout rate has been over 83 percent - a remarkable figure considering how little the popular vote tended to make a difference in the face of military guardianship. Even in the 2007 elections, a historic contestation between the secularist establishment and the AK Party government, the overall sense was that the people would have the final say in settling political disputes.

Ahead of the March 30 elections, however, opposition figures and pollsters play a dangerous gambit by disputing the ballot box weeks before the votes are cast.

Nowadays, opposition candidates often claim that the ballot box is no longer a reliable measure of public support. While blaming all the opposition's problems on rigged elections might be a convenient way out, however, it is hardly the best place to start a campaign to the top. This time around, the Republican People's Party (CHP) devised an election strategy that primarily relied on transferring potential winners in Istanbul and Ankara due to a lack of viable candidates within the party itself. Since Dec. 17, the main opposition worked hard to target the government with reference to corruption allegations while failing to send a clear message to voters why the CHP was a better alternative. Furthermore, the alarming spread of opposition pollsters over the past few months adds to fears that the opposition might charge the authorities with election fraud even though representatives from all participating parties participate in vote counts across the nation. For many opponents, sacrificing the legitimacy of the ballot box seems a reasonable price to pay in order to "protect" the nation from yet another AK Party victory.

The government's winning formula, however, is relatively simple. During the AK Party's 12-year tenure, the party significantly improved the living standards of underprivileged groups including first- and secondgeneration urbanites as well as countryside conservatives that constitute Turkey's silent majority. Unsurprisingly, the government's most popular policies have been universal healthcare (including access to private hospitals at discount rates) and heavy investments into the country's failing transport infrastructure.

Moreover, Recep Tayyip Erdoğan and his party restored the average citizen's sense of pride and self-confidence following decades of contempt. As such, it would be futile to try and make sense of the AK Party's continued popularity without the broader context of real-life situations, concerns and expectations.

The seemingly common problem of mistaking anti-government reactions from Turkey's cultural elites as an accurate measurement of nationwide sentiments will only lead to frustration on election day. The opposition, however, must resist the temptation to rule out the ballot box as the ultimate mechanism to settle the nation's disputes and instead concentrate their efforts on reaching out to new voter blocs and revisiting the fundamental tenets of their political platform.

Elections alone might not make for a genuine democracy but there sure can be no democracy without elections.