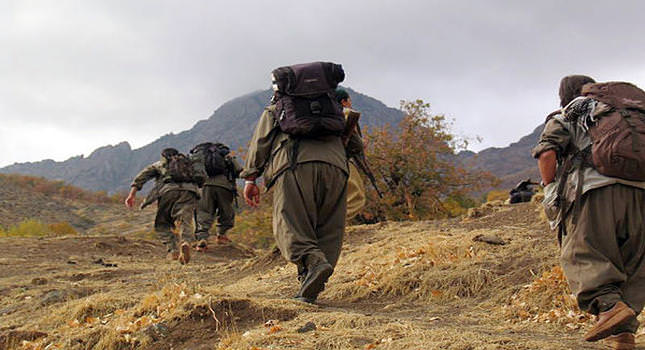 by Ragıp Soylu Mar 11, 2014 12:00 am
Abdullah Öcalan, the leader of Kurdish rebels who is serving a life sentence on an island close to Istanbul, said yesterday that the dialogue being conducted between him and the state is moving forward and he is expecting to begin negotiations after the elections.

The statement was released in the midst of increasing attacks by ultranationalists toward representatives of the leftist and Kurdish-leaning Peoples' Democratic Party (HDP) in western and northern cities of Turkey. Ertuğrul Kürkçü, the co-chairman of HDP, was attacked and forced to flee in a taxi by a crowd in Ordu last Friday when he was visiting one of his party's election bureaus. Another incident occurred on Sunday in Muğla's Fethiye when a group of ultranationalists smashed windows of the office belonging to HDP's local branch, which was to be inaugurated. The staff fled after a dangerous crowd attempted to storm the building.

Analysts believe the attacks were orchestrated by those on the extreme right in order to undermine the peace process that was initiated by Prime Minister Recep Tayyip Erdoğan to solve the decadesold conflict between Turkey and Kurdish armed groups with dialogue and negotiations, which are concentrated in the southeast of the country. "Recent attacks toward the HDP, which began first in Urla, then Ordu and Fethiye, are reminding us of the similar incidents reported during the meetings of the Committee of Wisemen, which aimed to receive advice and complaints regarding the peace process across Turkey," said Erkan Şen, a lawyer and Kurdish activist who has extensive knowledge of the conflict.

"The nationalist parties, including the Nationalist Movement Party (MHP) and extreme right Rights and Equality Party (HEPAR) are attempting to spark ethnic violence in order to cast doubt on the security and truthfulness of the local elections. HDP has voiced its criticism against this aggression. However, similar attacks occurred against the ruling AK Party's local bureaus in the east by PKK supporters. They should be all condemned." Şen was referring to the separatist Kurdistan Workers' Party (PKK), of which Öcalan is the leader and jailed on terrorism charges. Öcalan announced through the committee visiting him regularly that the legal framework for the peace process would be implemented after the elections. "The upcoming local elections will facilitate as a referendum for peace and resolution," said Öcalan. "All democratic circles and our people must prepare themselves against recent attacks. The government must find the perpetrators."

Turkey, the United States and the European Union all designated the PKK a terrorism organization. The group declared a ceasefire in March 2013 after months of talks with the Turkish state.