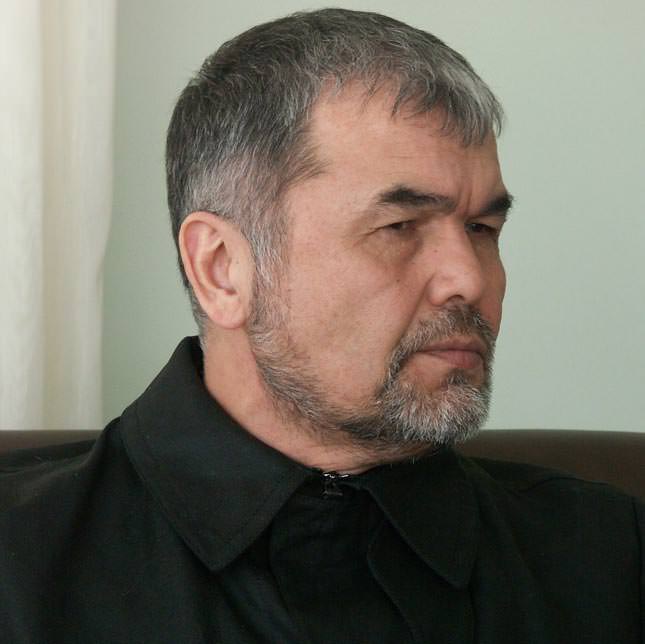 According to the claims, Gülenists interfere in Uzbekistan's domestic policies by promising to launch a campaign against exiled Uzbeki opposition leader Muhammed Salih, living in Turkey

Istanbul - Muhammed Salih is an Uzbek journalist, writer, poet and a politician; a human rights activist exiled from his country because of his attempts to promote freedom. Salih was an important figure during the fall of the Iron Curtain and Soviet Union. His book "Letter to the Politburo" caused quite a stir when it was published in 1985. Due to the metaphorical and progressive style in his poems, Salih was criticized and labeled for being pro-West. His stern comments during the USSR Writers Association Congress, drew the regime's interest.

He was invited to join the Communist Party but rejected the proposal. The reason for his refusal lies within this poem: "This is my own home, If I die here, There are none to criticize my corpse, To shout 'leave'."

Instead of joining the Communist Party, Salih founded the Unity Movement with three other friends. In time, this movement became the democratic Freedom Party (ERK), which was pivotal in securing the independence of Uzbekistan. After the dissolution of the Soviet Union, most newly founded republics found themselves under the effective control of highranking bureaucrats of the old regime. Civilian intellectuals who fought for freedom and independence were eliminated. Salih was among them. He put his hat in the ring during the Uzbekistan presidential election against Islam Kerimov in 1991. He managed to win 12.7 percent of the vote. Salih also claimed that the election was rigged and vote totals were inaccurate.

His protests went unaddressed and the election result remained unchanged. After Kerimov became President he started to pressure Salih and his supporters with arrests. Kerimov saw them as a serious threat against him and his regime and declared Salih and his followers "terrorists."

According to official numbers, there are approximately 8,000 people from the Uzbekistan opposition in jail, including Salih's two brothers. Salih has been living in exile since 1993. He came to Turkey through Azerbaijan.

On account of the delicate situation in Turkey he was forced to live in Norway. He went to Washington D.C. in 2005 and addressed members of the United States Congress. He was accepted by the Ministry of Foreign Affairs and delivered a speech at the Senate. Recent events in Turkey have put the spotlight on Fethullah Gülen and his movement. The economic and political influence of the movement in other countries has been criticized. The contents of a letter received by Daily Sabah were analyzed, revealing interesting connections within this context. The letter was sent by Muhammed Salih, directly to Fethullah Gülen. Before the contents of the letter, let us explain how the story unfolds. Islam Kerimov was one of the leaders who was not happy with the acitivities of Gülen schools in his country. He banned the movement's schools and publications. According to Muhammed Salih, Gülenists did not quit and pursued secret negotiations with Kerimov's government. During these talks, Kerimov's government asked Gülenists to have Salih - who was residing in Turkey at the time - deported. They hoped that members of the movement could pull this off with their devotees positioned in the state. After talks with high-level officials, the leader of the Grand Unity Party (BBP), - the late - Muhsin Yazıcıoğlu was asked to be a mediator on this matter. Muhsin Yazıcıoğlu and Muhammed Salih were long-time friends.

Yazıcıoğlu found the request unjust and refused to share it with Salih. In the meantime, he didn't neglect to warn his friend. Instead of Yazıcıoğlu, Professor Orhan Kavuncu, who is another friend of Salih's, was sent. Kavuncu relayed the news to Salih and requested that he leave Turkey in order to ease pressure on Gülen schools in Uzbekistan. Salih refused the offer.

According to Salih, at the time, Gülen-affiliated parliamentarians had started an attempt in Parliament to deport him. Muhammed Salih who was disturbed and regarded this attempt as injustice against him wrote a letter to Fethullah Gülen on Sept. 23, 2008. "Dear Fethullah Gülen, My name is Muhammed Salih. I am an Uzbek Turk. I have been in exile for 16 years on the grounds of my opposition to the regime in Uzbekistan."

Salih told of the injustices committed against him and his supporters as well as wrongful accusations of terrorism in his letter. He also mentioned the disappointment he felt because of the movement's involvement in this matter. "While everyone tried to distance themselves from you, I tried to be objective toward you and your movement and bore no hostility. During the days of your departure to the U.S., I spoke of the injustices against you. I thought that you also knew about the longing for a homeland. The thought of secret negotiations between you and a dictator didn't cross my mind, but after speaking to people who requested my departure from Turkey, I finally became sure of it. If you really are in such an agreement, I will never forgive nor give my blessing to you as a person who has been wronged."

In an interview with him, Muhammed Salih confirmed the existence and contents of the letter. He noted that the letter reached Fethullah Gülen, yet he received no reply from him either confirming or denying the claim.