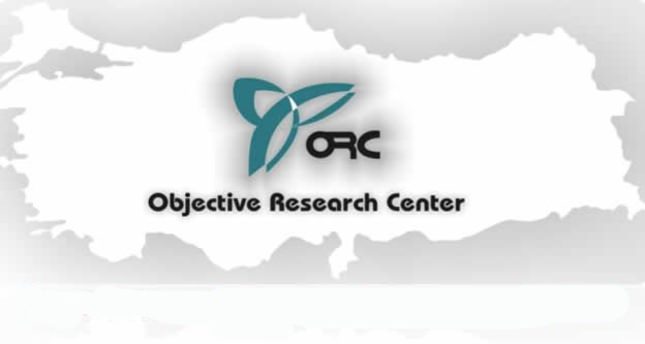 With only a short time left before Ankara voters head to the ballot box, Objective Research Center's recent polls indicate that even if the predictions vary by a small margin, there are consistent trends in the major districts of Ankara

Ahead of the local elections to be held on March 30, one of the most renowned Turkish research institutions, the Objective Research Center (ORC), published recent poll results of seven major districts in Ankara. Daily Sabah followed up the survey with interviews of voters in Ankara, who commented on the campaigns heating up as the election approaches. According to the ORC's results of its survey of 2,940 people in the Çankaya district of Ankara, the Republican People's Party (CHP) candidate Alper Taşdelen is expected to receive 50.5 percent of the vote, while the AK Party's candidate, Barış Aydın, is to receive 28.4 percent, followed by Nationalist Movement Party (MHP)
candidate Sadık Aslan with 13 percent.

The result in Etimesgut, where 1,600 people were surveyed, shows that the MHP's current Etimesgut mayor, Enver Demirel, will possibly lose in the upcoming elections. Elected in the 2009 local election with 35 percent of the vote, Demirel is expected to receive 36 percent in the upcoming elections while the AK Party's candidate, Rıza Gezer, is expected to receive 37.2 percent. CHP candidate Mehmet Yula lags far behind the other candidates with 19.6 percent.

In Keçiören, an area that was outside the city in the 1950s but integrated into Ankara as a metropolitan housing district for Ankara's working class, the ORC expects slight changes. According to the results of 2,650 people surveyed, the votes in Keçiören will be distributed between the AK Party, CHP, MHP and Great Union Party (BBP).

Polls indicate that the AK Party's Keçiören candidate, Mustafa Ak, who received 42 percent in the 2009 local elections, is expected to receive around 34.1 percent of the vote. BBP candidate Turgut Altınok and MHP candidate Mehmet Ali Tanrıverdi will be neck-and-neck with 19.4 and 20.8 percent, respectively. CHP's candidate, Murat Emir, closely follows them with 18.6 percent. Out of 1,435 surveyed in Altındağ, there will be no significant changes according to the results.

According to the results of 1,090 persons in Gölbaşı district, the current MHP mayor, Yakup Odabaşı, is expected to receive around 39.3 percent; whereas the AK Party's candidate, Fatih Duruay, closely follows with 35 percent. CHP candidate Ercan Şimşek seems to fall behind in Gölbaşı with 16.1 percent.

Cenkay Koşan from Ankara said, "My family voted for the CHP for many years. I do not know the candidate of the CHP very well, but I will vote for him because I have Ataturkist ideology from my family." "I will vote for MHP regardless of its candidate," said Burak Söylemez, who is a student in one of the renowned universities of Ankara. "I do not separate the local elections from the national ones. I do not know about the candidate of MHP, but to give a message to the grassroots of MHP, I will vote for MHP's candidate no matter what happens."
Nazlı Çalışkan, a working woman in Ankara said, "I lived in Ankara for a long time, but then I had to leave due to my husband's job in the Turkish army. When I came back to Ankara, I saw a big difference compared to when I left. That's why I will vote for the AK Party's candidate Melih Gökçek. The AK Party abolished the hijab ban on Turkish women. This is of utmost importance."

Referring to Mansur Yavaş changing his party from MHP to CHP to be nominated mayor of Ankara, Alper Dağlı, who was born and raised in Ankara, said, "The CHP transferred MHP's Beypazarı [a district in Ankara] Mayor Mansur Yavaş, disregarding their grassroots.
That is unacceptable. I am not sure who I will vote for, but I will definitely not vote for the CHP or the MHP."

*Names have been changed