Erdoğan to obtain copyright on his voice 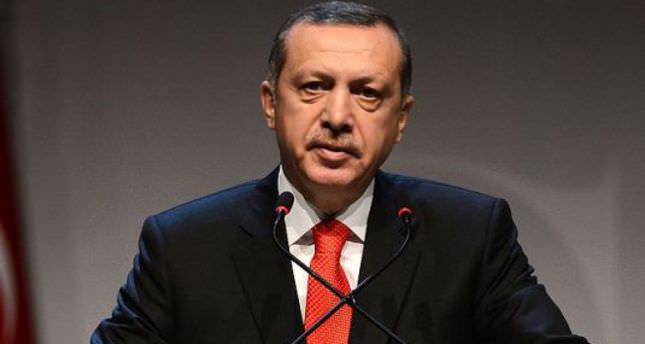 by daily sabah Mar 12, 2014 12:00 am
Ankara - Prime Minister Recep Tayyip Erdoğan is preparing to take legal action over numerous recordings released last month, which purport to feature the Turkish leader speaking on the phone with television station heads and his son. Erdoğan has since denied the veracity of these and other similar recordings released on YouTube, which have been used as part of a campaign against his government, saying the majority were fabricated.

To counter further releases of recordings purporting to feature Erdoğan, the prime minister has decided to take out a copyright of his own voice. Once this is done, legally, no voice recording of Erdoğan can be released without his permission and any fabricated recordings of him will be removed by online social media sites.

By contrast, the voice recordings of Pennsylvania-based controversial imam Fethullah Gülen, head of the Gülen Movement, are removed from YouTube immediately after they are uploaded because he owns the copyright to his voice.

As a result, Gülenists have been able to delete voice recordings which might reveal information about the movement's inner workings. Sabah newspaper's sources said that it was easier for Gülen to obtain the copyright as he is an author and it might be more difficult for Erdoğan to follow the same process since he is a prominent politician who already has thousands of voice recordings and videos which have been uploaded onto the Internet.

Erdoğan may also take direct legal action against YouTube over its decision to keep the recordings online even after several laboratories determined that they had been fabricated.

Previously Erdoğan's lawyers went to court against the main opposition Republican People's Party (CHP) leader Kemal Kılıçdaroğlu and the judges and prosecutors who played a role in the Dec. 17 operation after they publically claimed the recordings were real.

Sources told Sabah that an envoy from YouTube met with some of Erdoğan's consultants on this issue. The envoy claimed that YouTube could not be held responsible directly for releasing the videos as the website can be accessed by anyone who registers an account. Yet, Prime Ministry sources said that YouTube envoy's arguments were not persuasive enough and Erdoğan's lawyers are still exploring the option of taking the issue to court.