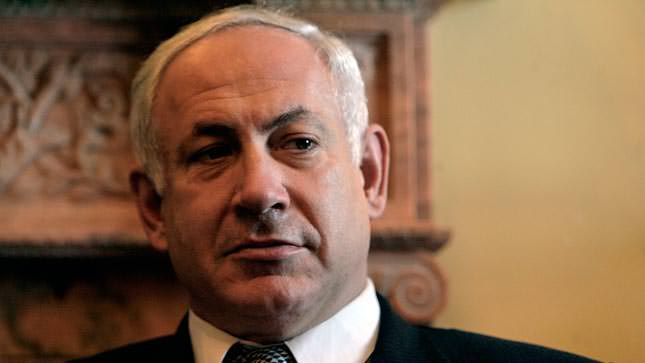 by Nurbanu Kızıl Mar 13, 2014 12:00 am
ISTANBUL – Israeli PM seeks to improve relations with Turkey Israeli Prime Minister Benjamin Netanyahu has recently expressed Israel's desire to improve its relations with Turkey, which were strained following the attack on the Mavi Marmara flotilla, delivering humanitarian aid to Gaza, by Israeli Forces on international waters about four years ago.

In his statements to the Anadolu Agency (AA) on the Klos-C vessel where dozens of journalists attended a weapons exhibit and press conference following the seizure of arms allegedly sent to Gaza from Iran, Netanyahu expressed his interest in restoring relations with Turkey.

Turkish Prime Minister Recep Tayyip Erdoğan has previously indicated that relations with Israel cannot be normalized unless the latter meets three conditions. One of these conditions was fulfilled by Israel when it made an official apology to Turkey and the victims of the incident. The second condition is for compensation payments for families of the victims, and the last one is the lifting of the siege in Gaza. Erdoğan noted both countries have made suggestions for compensation, but there is no set amount yet. With regards to the lifting of the siege in Gaza, Erdoğan has stated that it could be resolved through a protocol, and the reconciliation period can immediately commence with the assignment of ambassadors by both countries. "This issue cannot be resolved without ending the blockade in Gaza," said Erdoğan, who said that it is crucial for Turkey to be able to send all sorts of humanitarian aid to Gaza, where there is a serious humanitarian crisis. Gazan officials, who support Erdoğan's stance on the issue labeled his remarks as "royal."

In an interview with Daily Sabah, Ufuk Ulutaş, the director of foreign politics at the Foundation for Political, Economic and Social Research (SETA), evaluated Netanyahu's recent remarks and stated there seems to be a serious effort by the Israeli side to improve their relations with Turkey, as they slowly fulfill the conditions demanded by Turkey, evident by the official apology made by Prime Minister Netanyahu to Erdoğan. According to Ulutaş, the discovery of energy and natural gas resources in Cyprus and the Eastern Mediterranean is a significant factor motivating Israel to improve its relations with Turkey. "In particular, there is significant pressure on the Israeli government by private corporations to find common ground and cooperate with Turkey," said Ulutaş, noting that diplomats involved in natural gas resources are also interested in improving relations with Turkey.

Geopolitically, Turkey currently plays an important role as there is no other alternative to deliver the natural gas through a pipeline planned to be made through Turkey, strengthening Turkey's position in the process. The dynamics brought about by natural gas is also thought to play a major role in Turkey's involvement in the resolution of the conflict in Cyprus, which has split the island between the Turkish and Greek sides. On the other hand, Ulutaş stated that Turkey is willing to improve relations with Israel if the latter fulfills the three conditions requested by Turkey and explained there are three ways the relations could potentially be shaped between the two countries. For instance, diplomatic relations between the two countries were at a level where there were no ambassadors from 1949 to 1982, followed by the next era of "strategic partnership," and in the 1990s and onward relations were stable until the flotilla incident when both states had ambassadors appointed. According to Ulutaş, the fulfillment of conditions demanded by Turkey could result in the significant normalization of relations between the two countries.

Diplomatic relations between the two countries were interrupted following the raid on one of the ships of the Mavi Marmara flotilla in international waters by Israeli Defense Forces in 2009, resulting in the martyrdom of nine activists, one of whom was of American origin, and injuring many. Relations between the two nations started to thaw after Netanyahu made an official apology on behalf of Israel and agreed to pay compensation to the victims' families. However, Turkey suggested a compensation of $30 million, while Israel was only willing to pay $15 million. Israel also demands the withdrawal of court cases in Turkey that were filed against the Israeli soldiers, including Chief of General Staff Gabi Ashkanazi, former Naval Forces Commander Eliezer Alfred Marom and Avishay Levi, the commander of the Israeli Air Force, in return for payment of the compensation.

Natural gas found in Cyprus is seen to be one of the defining factors of the issue and experts claim the resolution of the conflict in Cyprus will not be sufficient to provide a passageway through Turkey for the export of natural gas to Europe and necessitates the normalization of relations between Turkey and Israel.