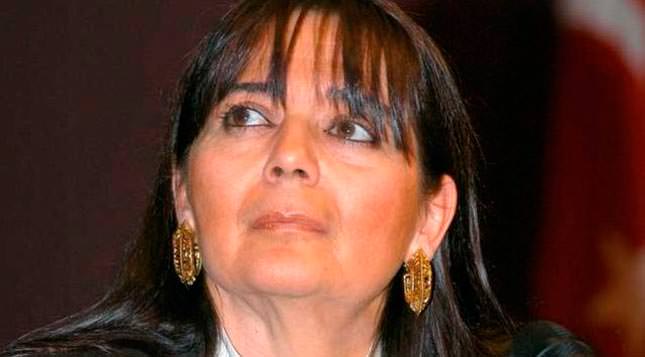 by AA Mar 13, 2014 12:00 am
ISTANBUL – Courts in Istanbul ruled Wednesday that two more detainees would be released in a large-scale trial on the alleged "Ergenekon" organization, accused of attempting to topple the incumbent government. The detainees are retired Colonel Fikri Karadağ and the former press secretary of Turkish Orthodox Patriarchate, Sevgi Erenerol. Istanbul High Criminal Court ruled that the detainees have completed the five-year maximum detention period, as a result of a new law that brought the maximum detention period down to five years from ten. Thirty-nine people, including military officers and journalists, have also been released in three days since Monday.

Sevgi Erenerol, who received a life sentence, has been released after serving in prison for over six years. Erenol is restricted from travelling abroad. However, retired Colonel Karadağ, who was sentenced to aggravated life imprisonment as part of the Ergenekon case in 2008, cannot be released from prison because he has an upheld sentence of 16 years within the framework of another alleged coup attempt in 2010 - the Sledgehammer case. Kemal Aydın , a former inspector at Turkish Red Crescent, who was sentenced to 20 years 8 months, was released on Tuesday. On Tuesday, courts in Istanbul also released the former retired Gen. Veli Küçük, who was accused of being among the senior figures within the organization along with retired General Levent Ersöz, Colonel Fuat Selvi and lawyer Serdar Öztürk. The Ergenekon case was filed six years ago against 275 people, including military officers, politicians and journalists, over a conspiracy to overthrow the incumbent Justice and Development (AK) Party government.